IN the wake of the horrific killing of George Floyd in the United States and the subsequent Black Lives Matter anti-racism protests taking place across the world in response, the name of John Mitchel has come to the fore in an Irish context.

This relates to a prominent statue of Mitchel in his boyhood home of Newry Co. Down and further a number of GAA clubs across Ireland, Britain and Australia bearing his name.

The cause of the controversy centres around Mitchel’s indefensible role as an unapologetic champion of slavery going so far as to write in support of the reopening of the Atlantic slave trade.

Many are calling for the removal of the monument to his memory and the renaming of the clubs in support of the anti-racism sentiments being expressed so passionately across all sectors of society. 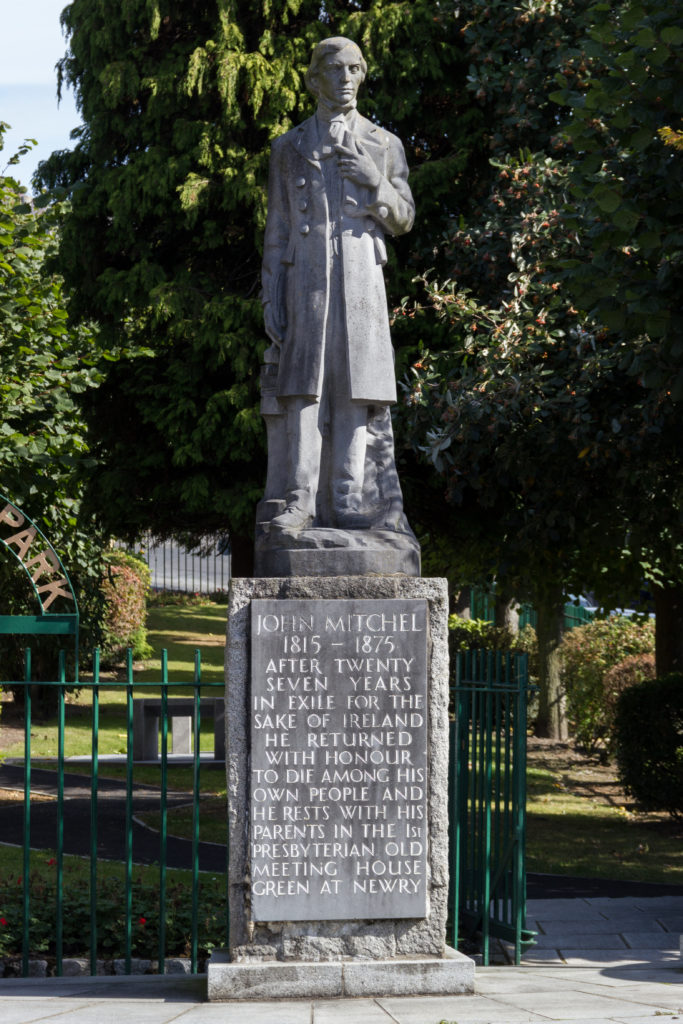 The controversial statue of John Mitchel in Newry

Firstly, to bring clarity to the issue in question. Mitchel held unapologetic racist views even when compared to the views of other apologists for slavery during the mid-19th century.

This point is best illustrated through the views of a Tennessee farmer when writing to Mitchel as editor of his newspaper the Southern Citizen in Knoxville.

Following Mitchel’s assertion that “the question of reopening the African slave trade is a question of expediency alone” the farmer was quick to respond.

“This new idea of reopening the slave trade from Africa, I confess that it makes me pause and hold my breath”. Thus illustrating that even among contemporaries Mitchel’s views were extreme.

While Mitchel himself never owned a slave at any point during his life this does not detract from his well-established unconditional support for the institution.

Furthermore, the historiography of remembrance regarding John Mitchel provides seminal insight regarding the present controversy.

Using this historiography as a lens through which to interpret the current crisis regarding Mitchel proves insightful.

The eulogy of Mitchel as an anti-sectarian nationalist hero in Ireland in the years immediately following his death in 1875 continued until the late 1960’s in Ireland.

This eulogy at the altar of Mitchel moved to striking silence with the onset of the troubles in the North of Ireland in 1969.

In more recent times historians have been highly critical of Mitchel owing to the seeming inconsistency of his desire for freedom in Ireland and his support of slavery and his racism in America.

Thus, the changing versions of how Mitchel is remembered and what he represents to suit a particular time or moment is not without precedent in historical terms.

The root of the present controversy the statue of Mitchel in Newry was erected in 1965 to commemorate the approaching 50th anniversary of the Easter Rising.

Mitchel is widely credited as a key figure of inspiration for the Rising.

The statue is in itself stands as a historical document that is symbolic of a time in Ireland’s history when nationalist sentiment had reached a zenith and figures such as Mitchel were deemed worthy of remembrance in an atmosphere of nationalist commemoration.

With regard to the renaming of the many GAA clubs which bear Mitchel’s name, that is an issue upon which only their membership can decide. 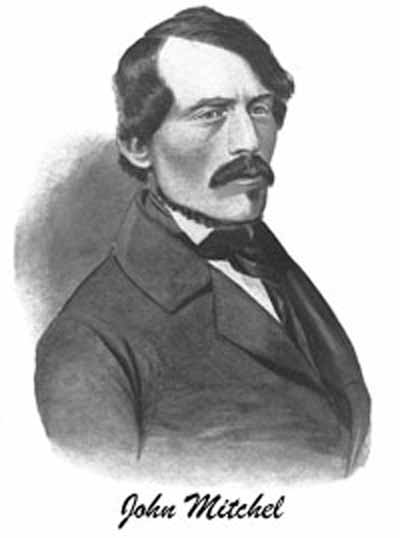 The naming of such clubs remembers Mitchel as a Protestant anti-sectarian nationalist icon who gave much to Ireland and not in the context of his racism.

The clubs are a product of the era in which they were named, and they endure as a historical testament as to how Mitchel was remembered in the context of that particular time period in Ireland.

It should be remembered that Mitchel was a giant of Irish nationalism who sacrificed much and created a nationalist narrative around the Famine which endures, while standing as a living embodiment of Irish resistance to British oppression.

With the Republican ideals of the United men to the fore in his ideology it is not surprising that many nationalist organisations sought to remember him in this context.

Tellingly although Mitchel sought to bring unity for all and banish sectarianism in an Irish context where religion was the key division on this island, he did not express the same sentiment in America where colour was the divisive issue.

This is illustrative of his unsavoury and uncompromising stance regarding race. It is important to state here that Mitchel left Ireland with his views on race already well established.

He did not suddenly become a racist when he escaped to the new world in 1853.

By circumstance he found a fertile arena for expression of his views in racially divided mid-nineteenth century America.

The tearing down of statues and renaming of sporting organisations bearing John Mitchel’s name in light of current events sets a dangerous precedent from a historical perspective.

It poses the threat of distorting or ignoring history as it happened.

Surely there is more to be achieved through analysing the lessons of the past thus preventing history from repeating itself.

Such informed debate can then contribute to build a better society for all irrespective of race class or creed.

Limerick based David Collopy is a third year PhD candidate in the Department of History at Mary Immaculate College at the University of Limerick. The title of his PhD is the Transnational Ideology of John Mitchel.

Every Irish person everywhere should 'take the knee'