EUROVISION host Graham Norton has revealed that he will “raise a glass” live on air at next month’s competition in honour of veteran Irish broadcaster Terry Wogan.

Norton said that he would pay tribute on air to Wogan, who died in January aged 77, citing a piece of advice that he was given by his Limerick predecessor about taking on the presenting role.

He said: “For those who aren’t aware song number nine is famous because Sir Terry always warned me not to have anything to drink until that point.

“At song number nine this year the host country Sweden will be performing and I will be encouraging everyone to raise a glass.

“It has all worked out very nicely as Swedish people in the arena will be cheering their song in the stadium as everyone back in the UK will join me and cheers the memory and legacy of Sir Terry Wogan.”

Norton replaced Wogan in 2008 after his 28 year stint commentating on the Eurovision Song Contest.

Last week, The Daily Mirror reported that Swedish producer Christer Björkman had accused the Limerick man of creating a generation of British people who view Eurovision as irrelevant and “kitsch”.

Mr Björkman said he would not have hired Wogan as the show’s commentator; while the BBC defended his “unique” humour. 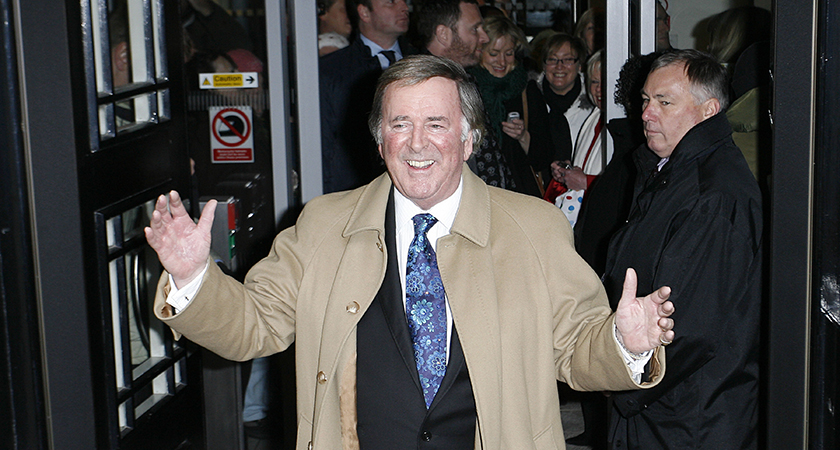 “There are several reasons, one is Terry Wogan himself,” Mr Björkman said, when asked why Eurovision is considered frivolous in Britain.

“He did this for 28 years and his ­commentary always forced the mockery side and there is a grown-up generation in Britain that doesn’t know anything better.

“He raised a generation of viewers believing this was a fun kitsch show that had no relevance whatsoever. It totally spoiled Eurovision. Because of what Terry Wogan did, the UK don’t put in their best efforts.”

Mr Björkman will produce this year’s Eurovision Song Contest in Stockholm, Sweden, with the host nation among the favourites to take the 2016 title.

Norton defended Wogan’s Eurovision role, adding: “When I am doing the commentary I still hear Sir Terry in my head as I am sure lots of other people do too.

"I think this year will be bittersweet because we will all be thinking of Terry and I am sure I will say a few words about him as the night goes on as it is a night that will forever be associated with Terry Wogan.”

Tragedy as man, woman and boy die in incident at Loch Lomond