Six things you didn't know about Daniel O'Connell, the Emancipator

BORN on August 6, 1775, Daniel O'Connell was famous for championing the rights of Catholics in Ireland, which ultimately led to a repeal of the Act of Union, but here are six things you may not have known about the Emancipator, revealed in a new book Daniel O’Connell: A Graphic Life.

1. His lizard tongue almost got him killed

He was forced into a pistol duel with Establishment figure John Norcott D'Esterre after an infamous quip he made about the ‘beggarly’ Dublin Corporation, of which D'Esterre was a member. The Corporation had been petitioning against Catholic Emancipation. Ironically, D'Esterre was one of the few Protestants in the Corporation who was pro-Emancipation, but he had taken exception to the term ‘beggarly’. He was broke at the time and took the insult personally. 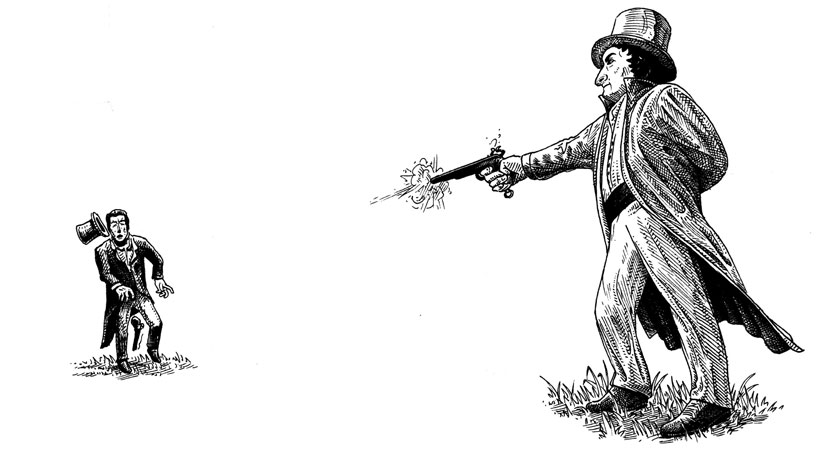 2. He was no shrinking violet though

Like a scene from War and Peace, described as “pure theatre” on the snow covered streets of Dublin, D'Esterre raised his weapons and theatrically crossed them on his chest. He was too quick for O’Connell and got off the first shot. However, the bullet dipped short of its target and hit the turf. Immediately Dan raised his gun, aimed low, and fired. D'Esterre staggered. He turned a little on his right leg, then stumbled and fell flat. "Huzza for O’Connell!" came the cheer from the crowd. D'Esterre was dead two days later.

While studying as a teenager in Europe, Dan managed to flee from French revolutionaries by wearing a blue and red rosette on his hat. 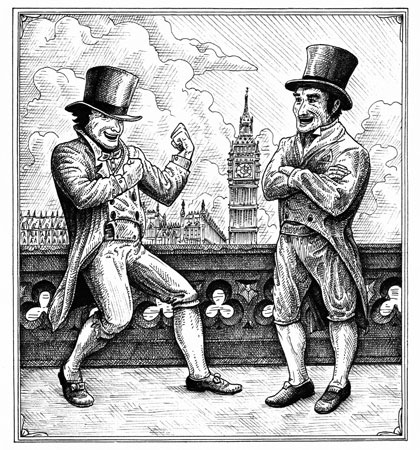 An illustration from 'Daniel O'Connell: A Graphic Life' by Jody Moylan, illustrated by Mateusz Nowakowski (The Collins Press, 2016)

4. He lived every day as if it was his last

As a young man in the days after the death of a close friend, Dan’s philosophical mantra became, “life is short… I will endeavour to be as happy as I can. I will make my heart a heart of love; that, and that alone, is the way to be happy."

5. He was a feminist before the word existed

In an age when women were viewed merely as instruments for providing children and succour for the menfolk, Dan held more radical views. After reading Mary Wollstonecraft’s A Vindication of the Rights of Woman, he reflected that "mind has no sex. Surely the judgement of the one sex ought to be as unshackled as that of the other."

6. He wasn’t always a devout Christian

His future wife Mary was responsible for Dan’s move away from Deism, after which he fully embraced Catholicism and the power of prayer. She later attributed his position as the Catholic Liberator directly to his conversion to Catholicism.

Daniel O'Connell: A Graphic Life by Jody Moylan and illustrated by Mateusz Nowakowski is published by The Collins Press, priced €9.99