ONE Galway pub has had arguably the single biggest sale of the Galway Races festival.

The hefty tab was paid for at 1.42 am by a flush person, perhaps after backing a winner at the annual Galway races. 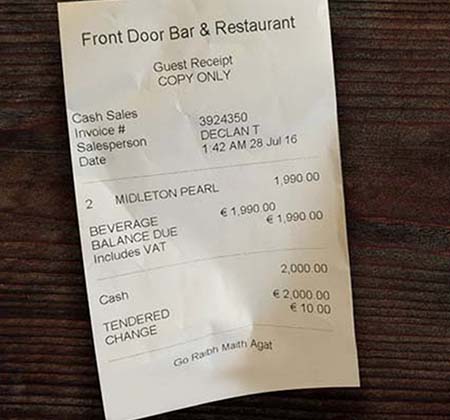 The malt is one of Ireland's rarest whiskeys, with only 117 bottles produced in the world. The Midleton Very Rare Pearl Edition is made with grain whiskey from 1981 and single pot still whiskey from 1984.

While we're sure the rare whiskey was very much enjoyed, hopefully the bill won't come as a shock to the lucky punter this morning...