Album Review: Christy Moore - Where I Come From

Christy Moore
Where I Come From
(Sony)

CHRISTY MOORE’S new three-CD set, Where I Come From, has finally hit the shops.

This is the first time the Kildare man has released an album of all his own songs and although most of the songs have been released before, he has actually re-recorded all the tracks and updated some of the lyrics too.

Two tracks — Where I Come From and Arthur’s Day — are the only brand new songs and both slot in nicely.

While it might have been tempting to use existing recordings, I think it was both shrewd and correct to record them again.

The big advantage of re-recording is that there is complete consistency in the sound and the feel right through the three CDs, with even the four tracks that were recorded live fitting perfectly.

There is also a really intimate feel about the whole recording, due in no small part to the sparse yet tasty acoustic backing that allows the vocals to get the message across, which is really what Christy Moore is all about.

It sounds as if it was all recorded in relaxed comfortable surroundings and Christy has the knack of sounding as if he is singing just for the listener. 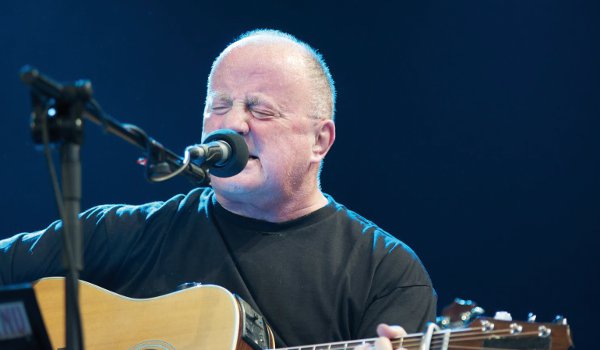 That is a rare talent. The eclectic mix of songs is like a social record of Ireland over the years as they cover the humour, the injustices, the hard times of the ’70s and the shameless greed and excesses of the 2000s.

As a Kildare man myself, I instantly relate to the title track Where I Come From while the witty Arthur’s Day pokes a bit of fun at Guinness and its owners.

The running order of these CDs is also very important because a lot of the songs are very serious, but just when it seems that it’s in danger of getting too heavy along comes a classic fun Moore composition to lighten the mood.

Christy Moore certainly has a massively loyal fan base, built over the years by sell-out live shows and 25 solo albums, plus recordings with Planxty and Moving Hearts.

The timing is right for the Christmas market so that should set things up nicely for his British concerts next April.