Angela Scanlon - Ireland's fashionista on being 'the Irish Alexa Chung'

“HOW many pairs of shoes do I own? I’d say about 200, yeah 200 pairs of shoes… easy! And do you know what? I could easily justify having another 200 pairs. Absolutely!”

Angela Scanlon is a funny woman. Sassy, sparky and full of chat and stories, I could listen to her all day, which I found a tad surprising because she is a self-styled fashionista and lives in a world I’m not very accustomed to.

(I have zero interest in fashion, much like the rest of the Irish male population. Correct me if I’m wrong!)

The 29-year-old from Ratoath, Co. Meath had a hugely exciting 2013 and has big, big plans for the year ahead. TV presenter, stylist, fashion writer… she’s a talented girl and a busy one.

“I would really like to do more entertainment television this year,” she told me as we chatted. “I’m signed up to host London Fashion Weekend in February, which is great. I’ve also got an online video series that will kick off soon, with me interviewing lots of people through the year.

"Big personalities. They’re going to be intimate interviews, which will be something new for me. I really enjoy making documentaries too, so ideally I’ll do a sideways shimmy into entertainment.

“2013 was just brilliant for me. It was the first year that I have felt slightly at home in the UK (she lives in north London now). The seeds have been sown and I’m really hoping that 2014 is going to be another great year, a year that I can make stuff happen.”

Scanlon always catches the eye with her astute dress sense, so it’s rather surprising to hear that she was a “massive tomboy” well into her teens in Co. Meath.

“Oh I was a ridiculous tomboy! I wore the same pair of jeans for about five years, seriously. Until one day they walked off me. I had absolutely no real interest in fashion or awareness of it until I was in my late teens really. 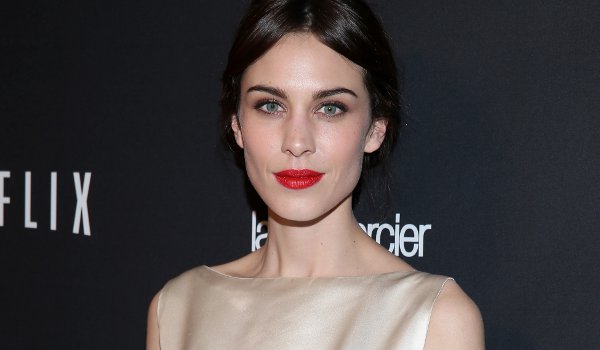 "I was always out building huts and burning stuff and selling things with my sisters. I was a bit of a wheeler-dealer. I have three sisters and I think we did all that to compensate for not having a brother.”

Angela’s lucky break came after a stint working in a boutique, not long after a few months spent travelling.

“I always had the notion that I wouldn’t mind working for myself, running a shop or something, that was the idea. But I hated working in a boutique, so I ended up doing a temp job for a while and there I heard about a place that was looking for writers.

"I ended up contacting two British handbag designers and working with them for a while. A photoshoot we did got on the front cover of the Irish Times and that was that really.”

She hasn’t looked back and was last year hailed as “the next Alexa Chung”, high praise indeed. But like everything that comes her way, she takes it in her stride. So to the inevitable question… are the Irish stylish?

“Yes! I think we have a sense of humour when it comes to fashion. We don’t take ourselves too seriously either, which is a good thing. And we’re not afraid to try things. We could do with a few less bandage dresses in the country though, that’s for sure!” 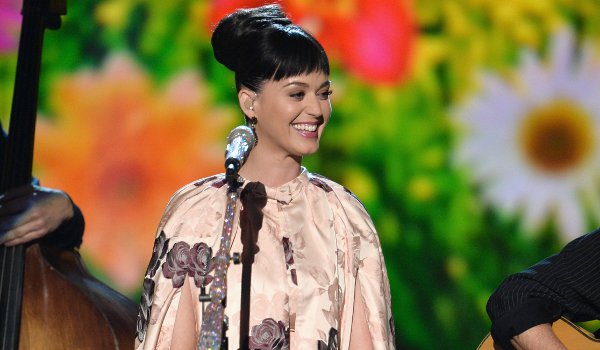 Angela Scanlon thinks that Katy Perry could use some fashion advice

She says that she does most of her “best thinking” in the west of Ireland.

“My father is from Co. Mayo, so if I’m in need of inspiration I head west and go to my grandmother’s place down there. I get ideas all the time. If something doesn’t work on TV then maybe it is meant to be an article, and vice versa.

"I’m always coming up with ideas and there is a lot of cross-pollination. I like that.”

So just where does a stylish young Irish woman with the world at her feet do most of her shopping?

“I like to mix it up. I borrow the expensive stuff if I have to go to an event. I love Zara and Topshop. I will always try to support Irish designers.

"I absolutely love Simone Rocha, Danielle Romeril and Joanne Hynes. Their work is just brilliant. If I am going to go spend a little bit of money I will try to spend it wisely.

“I’m not very extravagant, maybe that’s because I’m surrounded by it all the time when I’m working. I get bored of things very quickly too. My biggest indulgence is actually food. I will often eat out three times a day, especially if I’m stuck working from home and I just want to get out. It’s a nice release, in a way.”

Scanlon names Carine Roitfeld (“she is Paris personified”) and the American singer and actor Chloe Sevigne as her style icons. So just who needs some help in the fashion department?

She added: “Oh Katy Perry! I love that she is a bit of balls, but she could do with a bit of direction. And as for the fellas… well Tim Burton could do with a hairbrush! And that rapper Will.I.Am… he could benefit from a steer.”

So what should the fashionable Irishman be wearing in 2014 then?

“Jeans and a T-shirt. And you can’t go wrong with a plain suit. Just keep it simple, the simpler the better, boys!”

Andrew Scott comedy The Stag to get UK cinema release