So declared director John Michael McDonagh in September this year, an assertion that suggests a man might be biting the hand that feeds him.

It’s somehow incongruous to hear this avowal from one of the best “Irish” film-makers to emerge in recent years, but McDonagh states his reasons.

He reckoned this showed general indifference toward indigenous cinema among Irish movie viewers.

Both are right, in some ways. McDonagh correctly notes that Irish film sometimes wants for technical excellence.

Consequently, O’Toole has a point in noting Irish audiences steer towards overseas rather than native movies.

But the problems of Irish cinema lie deep in our cultural history and grow from our dominant traditions of musical and verbal, rather than visual, forms of artistic expression.

Nevertheless, Irish film saw a most encouraging year in 2014.

In fact, McDonagh’s Calvary rightly won acclaim from audiences and critics everywhere, one of many Irish features to do so.

Throughout the year Irish directors and actors frequently made strong impressions.

In television, too, Irish talent shone, with acclaimed dramas like Tom Collins’ An Bronntanas/The Gift and the wonderfully compelling Amber.

Also, it’s hard to recall a battle of wits so intriguing as the cat-and-mouse between Gillian Anderson and Jamie Dornan in The Fall.

We still don’t see enough of actresses of Lynch’s calibre, but the likes of Saoirse Ronan, Katie McGrath and Lauryn Canny will be seen more next year.

In October this year it was great to see Dervla Kirwan return in Dave McKean’s spooky and surreal Luna.

Still, the year was dominated by Irish male figures.

It began with Michael Fassbender’s Oscar nomination as the charismatically monstrous Edwin Epps in Steve McQueen’s 12 Years a Slave. 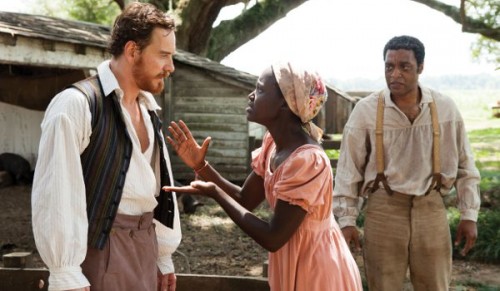 In April Ciaran Hinds was very watchable (as was Sinead Cusack) in the adaptation of John Banville’s The Sea.

But brother Brian displayed his merit in the acute rom-com Standby, which should be on wider release next year. 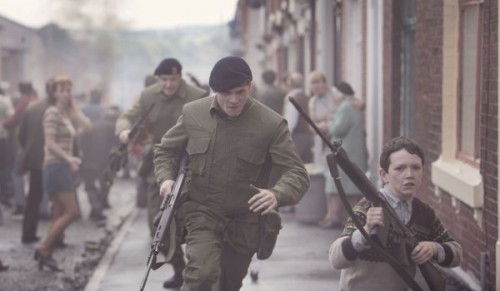 Jack O’Connell was excellent in ’71, perhaps the best movie ever about the Troubles.

Aidan Gillen was effortlessly sleazy often, never more so than in the illusive New England drama Beneath a Harvest Sky.

Alex Gibney appeared with not one but two creditable documentaries — profiles of disgraced cyclist Lance Armstrong in The Armstrong Lie; and of Nigerian music legend Fela Kuti in Finding Fela.

On the down side we didn’t see much of Colin Farrell, merely the distinctly drab New York Winter’s Tale. Let’s hope he returns in 2015, having been to a better barber. What we saw of Liam Neeson and Pierce Brosnan was huff and puff but not much stuff.

Indeed, the best of Neeson this year was as narrator for Michael Hewiitt and Diarmuid Lavery’s terrific and sometimes terrifying documentary Road.

Among the top five movies of 2014, Road poignantly profiles the Dunlop motorcycle road-racing dynasty from Ballymoney.

Illuminating the talents of legendary brothers Joey and Robert, and of Robert’s sons William and Michael, it’s a study of determination and obsession tinged with daring and madness.

Tomm Moore’s feature animation Song of the Sea is also among the best this year. It’s an elegant fusion of myth and modern-day matters that presents a rustic and vibrant (hand-drawn) aesthetic. The film is deservedly talked of in terms of Oscar nominations.

No-one made a more visceral portrait of unconditional love this year than Xavier Dolan with Mommy. The 25-year-old Irish-Quebecois wunderkind just keeps getting better. The performances he draws from Anne Dorval and Antoine Pilon as troubled mother and son are scorching.

McDonagh’s Calvary, conversely, was convincingly chilling; a parable of modern-day Ireland’s moral apathy. Brendan Gleeson has never been better than as the ill-fated Fr James and he will surely be busy come the awards season next year.

But with Michael Fassbender and Domhnall Gleeson the movie of 2014 must be Lenny Abrahamson’s Frank.

A deftly-balanced reflection upon musical genius and genuine talent — who has it and who desires it — it’s an antidote to The X Factor generation.

Abrahamson is perhaps our best director ever and any film culture would cherish him.

Angela Scanlon - Ireland's fashionista on being 'the Irish Alexa Chung'

Andrew Scott comedy The Stag to get UK cinema release