Bill Whelan on why he'll never do a sequel to Riverdance

IT’S BEEN 20 years since the release of Bill Whelan’s world famous Riverdance but the Limerick man is by no means finished yet.

Today (August 25) the composer is set to play the BBC Proms which will feature the British premier of Riverdance for Orchestra his new orchestral piece.

The piece which has been developed from the Riverdance score has been adapted to work without the usual traditional Irish instruments.

“Well, over the life of Riverdance many times I was asked if I could do a piece an orchestral version of the score ….so I set around to doing that a couple of years ago and now it’s ready and we have performed it in Dublin already,” Whelan told The Irish Post.

Bill, who has never performed at the Proms before, is recognised as one of Ireland’s most accomplished musical directors. His love for music began when he was a child growing up in Limerick.

“I was playing music and writing songs from my teen years onwards,” he said. “I had a regular music education and private tuition for piano and violin when I was quite young. But I didn’t study music in college, I went on and did a law degree. I was always involved in music, and when I finished my law degree I began to work as a musician. Music has been at the centre of my life since I was a child I never really strayed from that.” 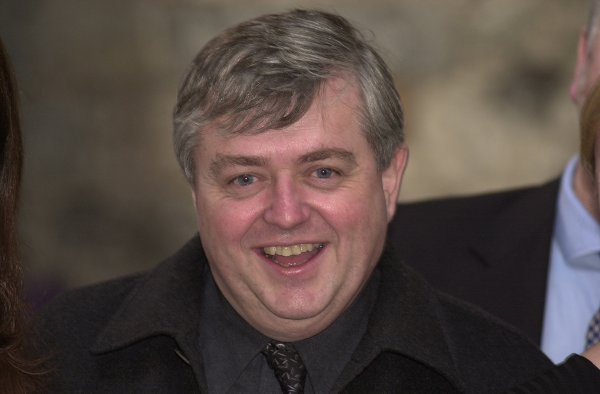 After he finished his Law degree at University College Dublin Bill’s music career took off. He began working with rock bands progressing on to the role of producer and arranger. Throughout his career he has worked alongside numerous contemporary Irish bands such as Those Nervous Animals. He has also produced and arranged a number of winning Eurovision songs and created numerous film scores.

“I wrote several film scores, notably Dancing at Lughnasa with Meryl Streep and Some Mother’s Son for Terry George, which is a story based on Northern Ireland …so I’ve done a lot of film scores and I produced for U2 and arranged for Kate Bush Van Morrison and a whole host of Irish and international artists,” he added.

It was in his late thirties that Bill made the move to more orchestral music. He was inspired by the idea of placing traditional and folk music in an orchestral setting. He wrote two of his most famous pieces as a result of this, The Seville Suite in 1992 and The Spirit of Mayo in 1993.

After being involved with the Eurovision competition for years Bill was approached by Moya Doherty to write a seven-minute interval piece for the broadcast of the 1994 Eurovision Song Contest that was held in the point theatre in Dublin.

“I was commissioned initially to write the centre piece for Eurovision and so I wrote that and that received such a tremendous response that I went on and wrote a two hour show based on that, so it became Riverdance and its been touring ever since,” he said.

Everything took off from there. Twenty years later, more than 22million people have seen Riverdance live and music from the production has gone double platinum, much to Bills surprise.

“We didn’t expect anything like that, the response was phenomenal we knew it was good with the choreography and the music together… but nothing prepared us for the unbelievable response it received on the night of the Eurovision,” he said.

Bill believes the reason for Riverdance’s success lie in its concepts originality.

“The reason for Riverdance’s success was that Irish dance and music had not been presented in this way before, Irish dance was done for competitions and was never done as a theatrical piece… the whole thing adds up to a very entertaining evening which people want to come back and see again, he said.

“It doesn’t really matter if you’re not from Ireland, it’s had tremendous success in China and in cultures where when it appeared there first Irish music and dance was very strange to them, and still they seemed to find something in it that resonated with them.”

Despite Riverdance’s roaring success Bill is keen to keep the shows integrity attached and is persistent that making a sequel would be inorganic and money driven.

“No, absolutely not, it was a very special thing that came together in a very special circumstance and I certainly would never be involved with cashing in on it by doing something else.”

Looking back on his tremendous career the composer recalls some his greatest moments.

“One of the biggest moments for me was receiving the Grammy award  for the album of the show, which in many ways is a real acknowledgment from your musical peers and to receive that from Quincy Jones and Eliza Minnelli, that was an amazing moment I certainly won’t forget,” he said.

Despite meeting his icons, winning awards and achieving critical acclaim Bill still cites his greatest achievement as bringing joy to the public through his work.

“There have been lots of great moments, small moments very often have a big meaning …I suppose the real thing for me is when I go out and see the show in another venue and the audience have enjoyed it and have had a good evening in the theatre that’s a great buzz even at this stage.”