SEBASTIAN BARRY’S brilliance is in his understanding of the “rhythm of life and words” according to actor Niall Buggy.

He is currently starring in a West End transfer of Barry’s acclaimed play On Blueberry Hill, which the Dubliner, who has been acting for more than 50 years and living in London for most of those, claims is a perfect example of the writer’s expertise.

The actor, who was born in Dublin City, has been involved with the Fishamble production of Barry’s piece since it first opened in 2017.

Since then he and fellow cast member David Ganly have brought it to the boards in Ireland and New York, under director Jim Culleton, winning rave reviews wherever it landed. 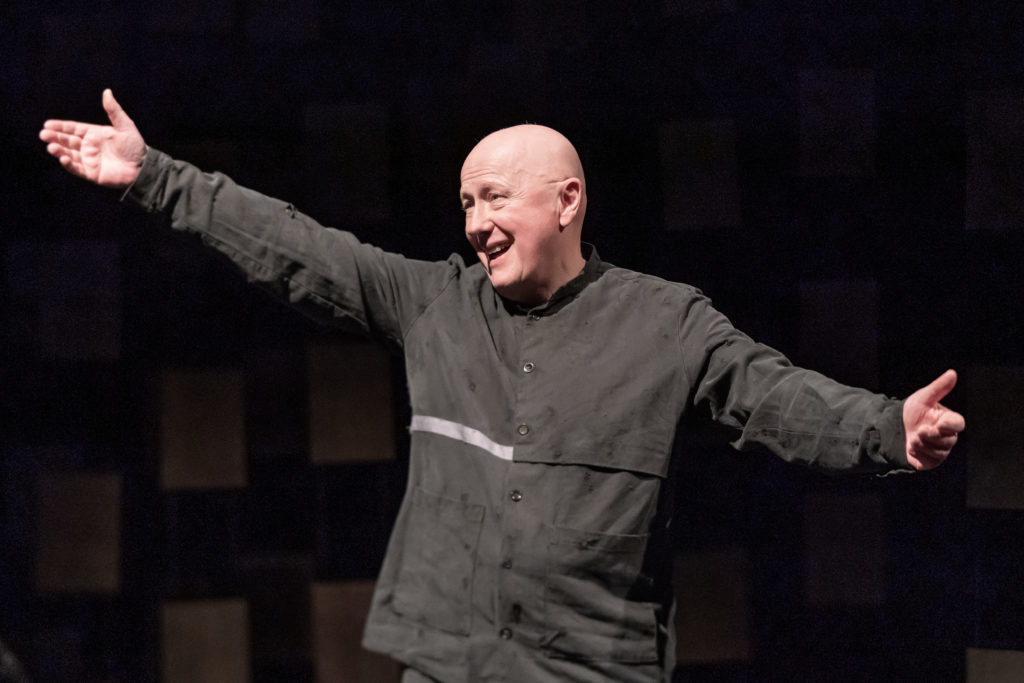 Niall Buggy in On Blueberry Hill at the Trafalgar Studios (Pic: Marc Brenner)

The 71-year-old explained: “We opened in October 2017 in Dublin and we stayed there for a couple of weeks.

“We went to New York with it this time last year and I have to say it was a huge hit there.”

“[It’s success], first of all, is to do with Sebastian’s writing,” he explained, as he spoke to The Irish Post ahead of the play’s opening at London’s Trafalgar Studios this month.

“He has written a very unusual piece - its very unusual theatrically and very wondrous in that way, but also you are introduced to two characters that people seem to be able to relate to.”

The story focuses on two men Christy (Buggy) and PJ (Ganly) who are both incarcerated in Mountjoy Jail, where they reflect on what brought them there.

“These are two characters who have done appalling things,” Buggy explains, “but redemption is everywhere, isn’t it? If you can find it.”

He added: “Audiences like that. I think people feel like they understand and have a deeper knowledge about living life a bit more, about the power of understanding, which is the power of love, I suppose, really.” 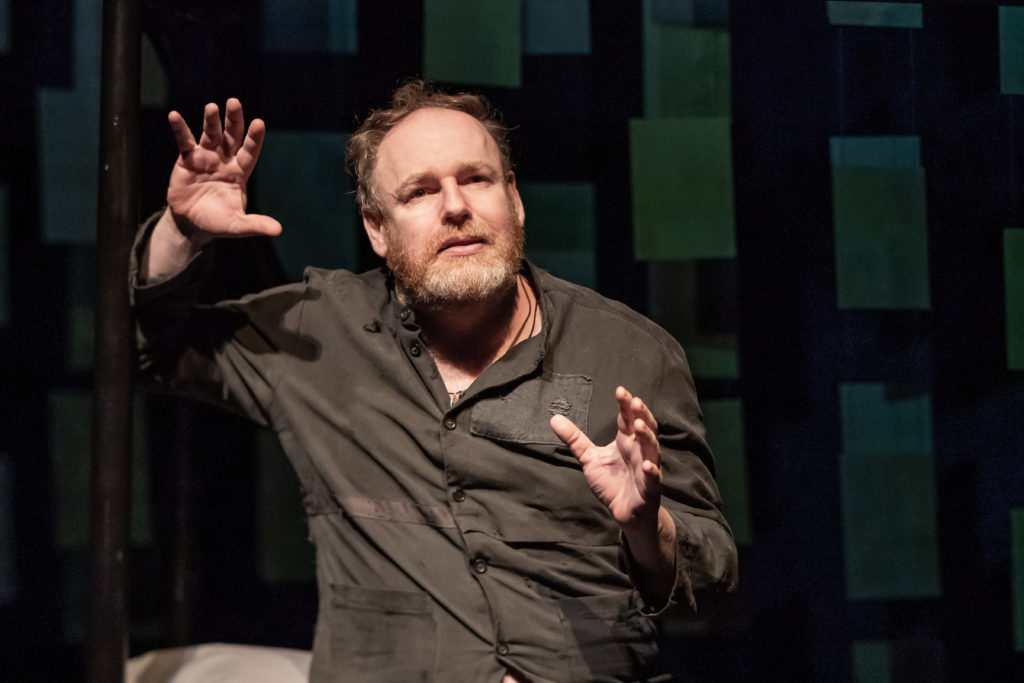 David Ganly in On Blueberry Hill at the Trafalgar Studios (Pic: Marc Brenner)

“Christy is the son of a tinker man, they are a minority race of people in Ireland, who actually originally would have come out of the Famine.

“People who had lost their homes and became tinkers – tinkers meaning tinkering with cans and what have you.

“So he is the son of a tinker man, that’s his family, but he did live with a beautiful wife and children that he adores - really adores - and various things happen as the play goes on.”

Reluctant to say any more than that, stating “you’ll have to come along and find out”, Buggy does admit that the role is a “gift” to play.

“This is sort of a gift, to be able to play this character - as he, eventually, is a very life-enhancing person and that has given me a good reason to come into the theatre and do it and to give him out to the public really,” he reveals.

And he hasn’t had to spend lots of time swotting up on Irish history for the part either.

“I’d love to say I did an awful lot of research, but of course I didn’t do any,” the Olivier Award-winning actor admits.

“I never do any, I just research the character, the playwright’s words really, and in doing that I learn things. I become more knowledgeable about the character through the writing.” 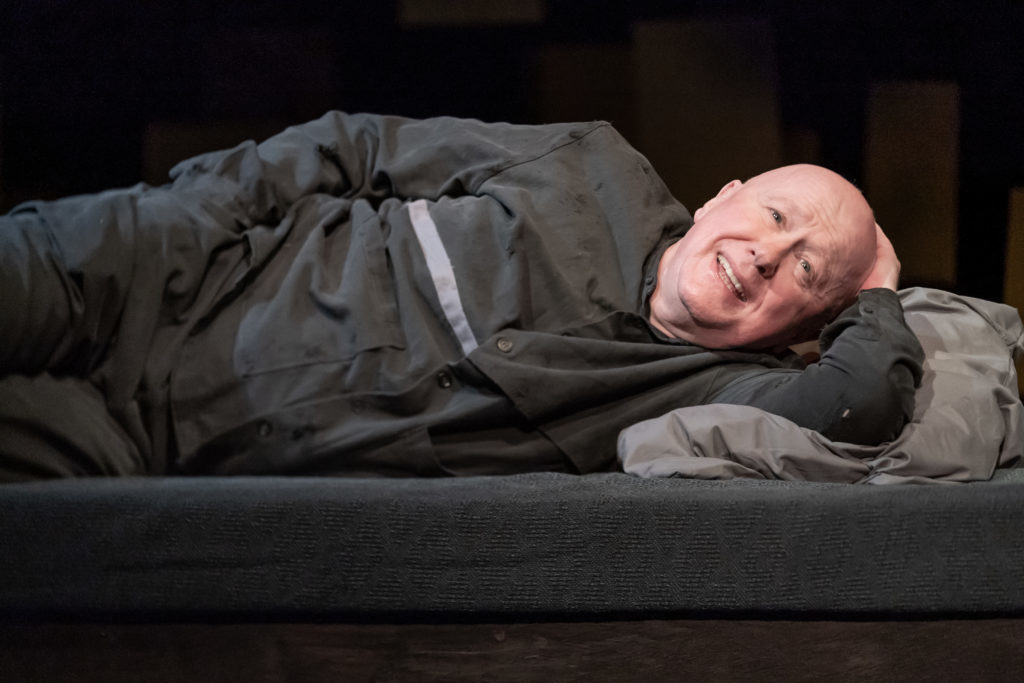 And what better words to explore than those of one of Ireland’s most successful writers?

An esteemed author, poet and playwright, Barry is also Ireland’s Laureate for Irish Fiction for 2019 –2021.

He’s pretty good to work with from an actor’s point of view too, apparently, not least because it’s a profession that runs in his family.

“Sebastian was there at the very beginning when we started the play and he was very involved,” Buggy explains.

“He is the most wonderful person and he has a real heart of gold – he is also very understanding and what is very nice for us as actors is that he is very appreciative of the actor’s work.

“Of course his mother was an actor,” he adds.

“She is a lady I was fortunate enough to work with at the Abbey Theatre, called Joan O’Hara.

“She died some years ago, but her sister, who is still alive and very able, is Mary O’Hara - a very, very famous harpist and singer.

“I think she was the highest grossing Irish musician at one time and she even had her own television programme.”

So all of these creative and successful family members must have had some influence on Barry’s chosen career?

“On Blueberry Hill is a great example of that rhythm and the understanding of human nature really,” he adds.

PLEASE NOTE - THE TRAFALGAR STUDIOS WAS CLOSED ON MARCH 16 UNTIL FURTHER NOTICE , IN LIGHT OF OFFICIAL GOVERNMENT ADVICE TO HELP COMBAT COVID-19