NOT every musician begins an interview with a sales pitch for another artist’s material, but Marc O’Reilly is insistent that we listen to this one particular record.

“Really, it’s great,” he says with a wide-eyed sincerity. “They’re called Loudest Whisper, and they’ve a really great album called The Children of Lir from the ’70s. I’d definitely recommend it.”

It probably makes more sense when you hear that Loudest Whisper are a family band of sorts for O’Reilly, a native of Lismore, Co. Waterford.

The 31-year-old’s dad Paud and his uncle Brian formed the folk/prog-rock outfit in 1970, and they’re still going to this day — so it’s little wonder that O’Reilly and his brother Pierre turned out to be professional musicians. Family get-togethers “can get a bit wild,” he admits, laughing. Dad has a lot to answer for.

“I kind of grew up with music — and by default, started playing music,” says O’Reilly, an easygoing, friendly sort whose heavily-accented speaking voice is nothing like his smoky, bluesy singing one.

“I picked up a guitar when I was eight or nine, and like every teenager went through the indie-rock phase. It was only when I was in my early twenties that I started really concentrating on the acoustic guitar.”

Before that, there had been the enforced childhood piano lessons, which he says he “detested at time time, but of course it’s a huge regret now — I wish I’d kept it up,” he laughs.

“I just could not hack it, I found it so boring. My brother Pierre is the piano player in the family, but we both used to be so bad for practicing the night before the lesson; we’d be battling and baiting each other off the piano to try and get to it in time to practice. So I knocked that on the head fairly early on.”

It has been a long road for O’Reilly’s musical career, but his persistence has paid dividends in recent years. The talented guitarist first caught the ear of folk and blues-rock fans with his 2011 debut My Friend Marx, making him something of a star prospect on the underground scene — but it was last year’s Human Herdings that really saw him hit his stride.

A beautifully well-rounded record — and a indubitably bigger-sounding album than its predecessor — it took in elements of folk, ’70s blues rock and even subtle elements of jazz in places, earning positive reviews across the board.

It also saw O’Reilly mentioned in the same breath as everyone from Bon Iver to Nick Drake, yet one musical comparison that he has found particularly hard to shake has been that of the acclaimed John Martyn.

Some have even gone as far as to suggest O’Reilly a worthy successor to the late musician’s throne — but he was never actually an influence per se, he says.

“I’m gonna be brutally honest about it — I feel so embarrassed that I didn’t actually discover [Martyn’s seminal 1973 album] Solid Air until I was 22,” he says, laughing. “I mean, I adore that album now — as everyone does — but it wasn’t like I was incessantly listening to John Martyn. I don’t think he was the most important influence on me, but I’m more than happy to take the comparison.”

In fact, when it comes to influences, neither his half-French background (his mother is from near Nantes in Brittany) nor his Irish upbringing had much of a bearing.

“When I think of Irish folk, I think of Luke Kelly and The Dubliners and that kind of thing — but that’s not really what I was listening to,” he shrugs. “I suppose I was more into American stuff like Crosby, Stills & Nash and Neil Young. When it comes to the French side, it was certainly an influence in terms of my upbringing, but I don’t know about after that.”

O’Reilly dabbled in cover bands as a teenager, but it wasn’t until he went to college in Cork to study medicine that music started to loom larger in his life.

“I was in an indie-rock three-piece in my first year at university,” he nods. “We were together for about a year and a half and I really enjoyed that; we did some shows in Cork and Waterford and in Dublin, but that ended when university took over. I was only really playing myself at home, then, and going to the local folk club in Lismore and listening to these amazing songwriters.

"I suppose I wanted to combine playing guitar with songwriting; I never really set out to do it, but it just kind of started happening. I suppose that’s reflected in the first album, whereas the second one is more band-orientated because that’s where I see things going, to be honest.”

After college, he took the route that many graduates take and spent some time travelling in Australia before returning home to work as a locum doctor — a profession that he still occasionally dips in and out of when he is not immersed in his musical life, or travelling. Indeed, that time has been scant over the last year, as the buzz around Human Herdings has continued to gather volume. 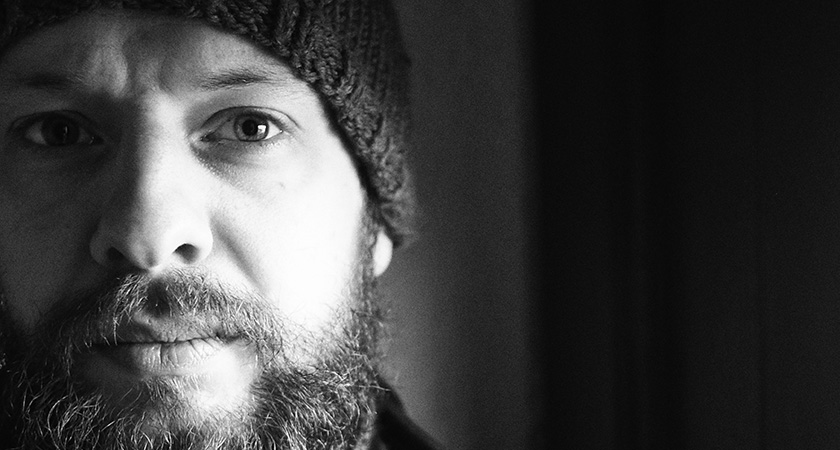 With booking agents in Britain, Germany and the Netherlands, he has brought his blues-rock sound — often solo, occasionally with a full band — across the continent in recent times, including dates at Glastonbury and in the US, and a short European tour with American jazz fusion band Snarky Puppy early last year.

Yet despite his success further afield, O’Reilly remains one of Ireland’s best-kept musical secrets. He has had a degree of success and positive press at home, true — but now he is setting his sights further afield.

I suppose it can be a little bit frustrating at times.

“The other side of it is that in order to be a working musician and to try to make a living out of it, you can’t base yourself in Ireland — because at the end of the day, being big in Ireland is like being big in Birmingham; it’s the same population. So as much as I’d love to be a lot more successful in Ireland, you can’t force these things.

“And I suppose the other side of it is that it’s not a good idea to become too reliant on one territory — particularly Ireland. If you want to earn a living from it, you have to start going abroad.”

Having recently signed a global publishing deal with music rights management company Fintage, as well as a co-management deal with an American company, however, things are looking up for his international prospects.

“I certainly won’t be giving up the day job yet, anyway — but I’d be hopeful that maybe things start happening in the next 12 months, anyway,” he says, nodding firmly. “With publishing, the big thing particularly nowadays is synchronisation — getting your song in a TV programme, or an ad, or a film.

"Trying to do that in a DIY sense is very difficult, because you simply don’t have the contacts in the industry. But the fact that Fintage are involved now really gives a bit more impetus to our charge, I suppose. It’s been a great time and we’re really excited about what we can achieve over the next few months.”

In the meantime, he will continue to push himself outside of his comfort zone — including guesting as a vocalist with jazz band Kairos 4Tet, and an electropop side project called R, which he formed with his film composer brother Pierre and their friend Konstantine Pope. Thought you had O’Reilly pegged as a bluesy troubadour? Think again.

“I’ve always been a huge fan of that style of music,” he explains. “So has Pierre; he’s mainly classical-based, whereas I’m more folk/blues based, but we kind of meet in the middle when it comes to dance and electronic stuff. We talked about it for ages and ages, and we eventually did it — then we got a friend on board, Konstantine, who is an amazing musician. So we’re nearly there with the album. It’s a totally different process and really good fun.”

His laidback approach to making music has obviously paid dividends, but what’s next for his own material? While his debut album took lyrical inspiration from a variety of subjects, Human Herdings was a largely introspective take on society’s tribulations. Will the next batch of songs that he is planning to write at the end of this year — possibly for release in 2016 — be drawn into a particular concept, too?

He pauses to consider the question. “Well, I got really, really sick before Christmas and had to take two months out,” he reveals. “I suppose I’m still processing that, really. And at the same time, my relationship with my girlfriend broke down and everything happened at once, so I have a feeling that a lot of that will probably dominate the album.

"So yeah, I guess it’s going to be f***ing miserable — I should apologise in advance, “ he says, with a loud chuckle. “But hopefully someone, somewhere will like it.”

Marc O’Reilly is on tour from August 21–29, including dates in London, Bristol, Totnes and Stroud, and festival dates in Devon, Kettering and Northamptonshire. For more information see marcoreillymusic.com