MADISON, WI - NOVEMBER 05: U.S. President Barack Obama and rocker Bruce Springsteen wave to a crowd of 18,000 people during a rally on the last day of campaigning in the general election November 2012. (Photo by Chip Somodevilla/Getty Images)

BARACK OBAMA and Bruce Springsteen have teamed up for an exciting new podcast now streaming on Spotify.

The eight-episode series, titled Renegades: Born in the USA sees the former US President team up with the iconic musician to discuss what they have in common, despite coming from very different backgrounds.

The pair have been close friends for years despite their differences in backgrounds and careers, and will explore topics on race, fatherhood, marriage, and the future of America.

Another thing the pair have in common is their Irish roots-- Barack Obama can famously trace his roots back to the town of Moneygall, where he visited as president in 2011.

Springsteen meanwhile, despite being 'Born in the USA', has Irish heritage through his paternal great-great-grandmother Ann Garrity, who left Mullingar for America in 1852. 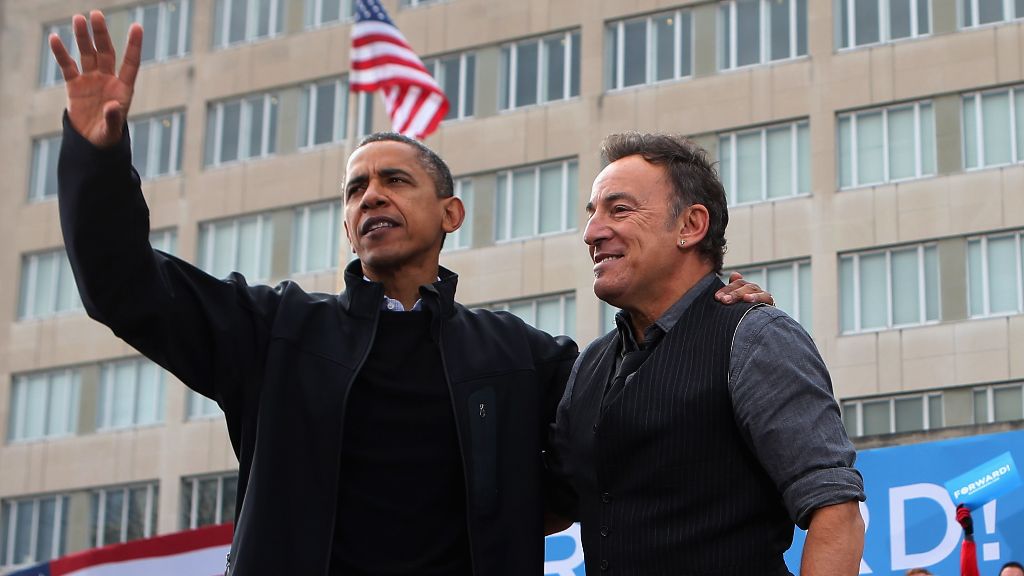 MADISON, WI - NOVEMBER 05: U.S. President Barack Obama and rocker Bruce Springsteen wave to a crowd of 18,000 people during a rally on the last day of campaigning in the general election November 2012. (Photo by Chip Somodevilla/Getty Images)

It's unclear whether the pair will discuss their shared heritage in the highly-anticipated podcast series, but with unity and common ground an important theme in the series, it is certainly a possibility.

In the introduction to the first episode, former President Obama asks: "

How did we get here? How could we find our way back to a more unifying American story?”

He then goes on to explain: "That topic came to dominate so many of my conversations last year—with Michelle, with my daughters and with friends. And one of the friends just happened to be Mr. Bruce Springsteen.

"On the surface, Bruce and I don’t have a lot in common. But over the years, what we’ve found is that we’ve got a shared sensibility. About work, about family and about America.

In our own ways, Bruce and I have been on parallel journeys trying to understand this country that’s given us both so much. Trying to chronicle the stories of its people. Looking for a way to connect our own individual searches for meaning and truth and community with the larger story of America."

You can listen to the first two episodes of Renegades: Born in the USA on Spotify here.