IF YOU'RE an aspiring actor or just want to meet two of Ireland's most famous actors, this is the job for you.

An Irish casting agency has launched a search for extras to appear in a new film alongside Brendan Gleeson and Colin Farrell-- who starred together in the brilliant In Bruges-- for a brand-new production filming in Ireland.

West Coast Casting sent out the call for paid extras late last week, urging anyone interested in appearing in Martin McDonagh's new film The Banshees of Inisherin to get in touch.

The film will be shooting on some of the Emerald Isle's most famous islands: Inis Mór and Achill, which is home to the world-famous Keem Bay beach.

West Coast Casting released a poster explaining what they are looking for in an Extra and how to apply, warning that it is vital that all applicants have a valid PPS number and the right to work in Ireland.

Unfortunately for any budding young actors, the production are not currently looking for any children to appear in the film, meaning the casting call is for adults only. 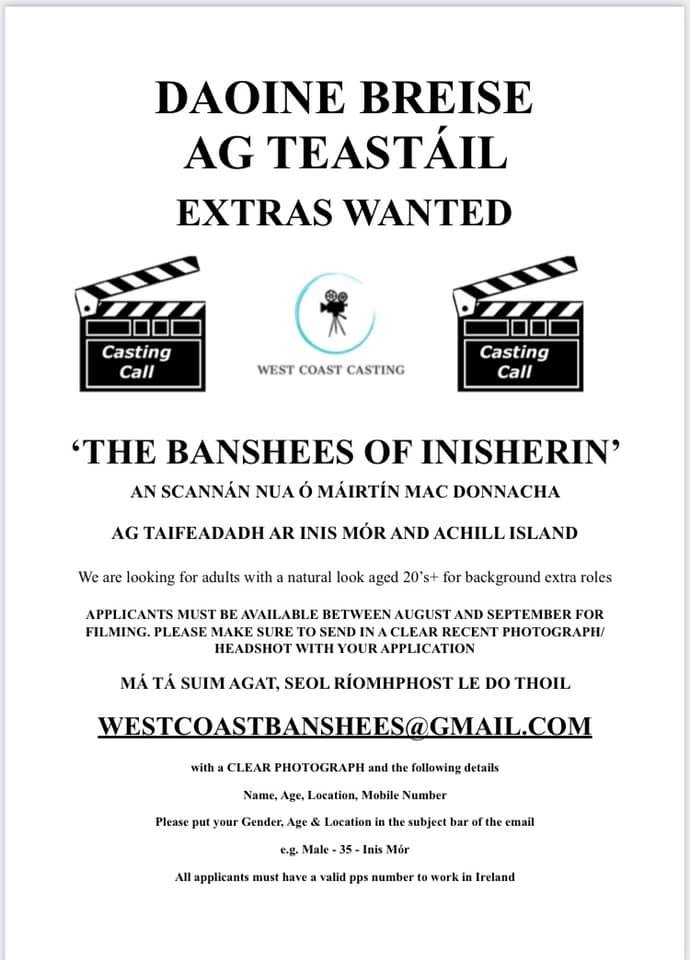 There is further bad news for anyone with facial tattoos or wild haircuts: as The Banshees of Inisherin is a period film, there is "no modern looks" allowed.

Adults with "a natural look" aged 20+ who are available between August and September for filming should send a clear recent photograph and all relevant details including name, age, location and phone number to [email protected]

Applicants should put their gender, age and location in the subject bar of the email eg Male, 35, Inis Mór, the casting agency advised.

You can check out the advert on West Coast Casting's official Facebook page here.