Classical music in the City 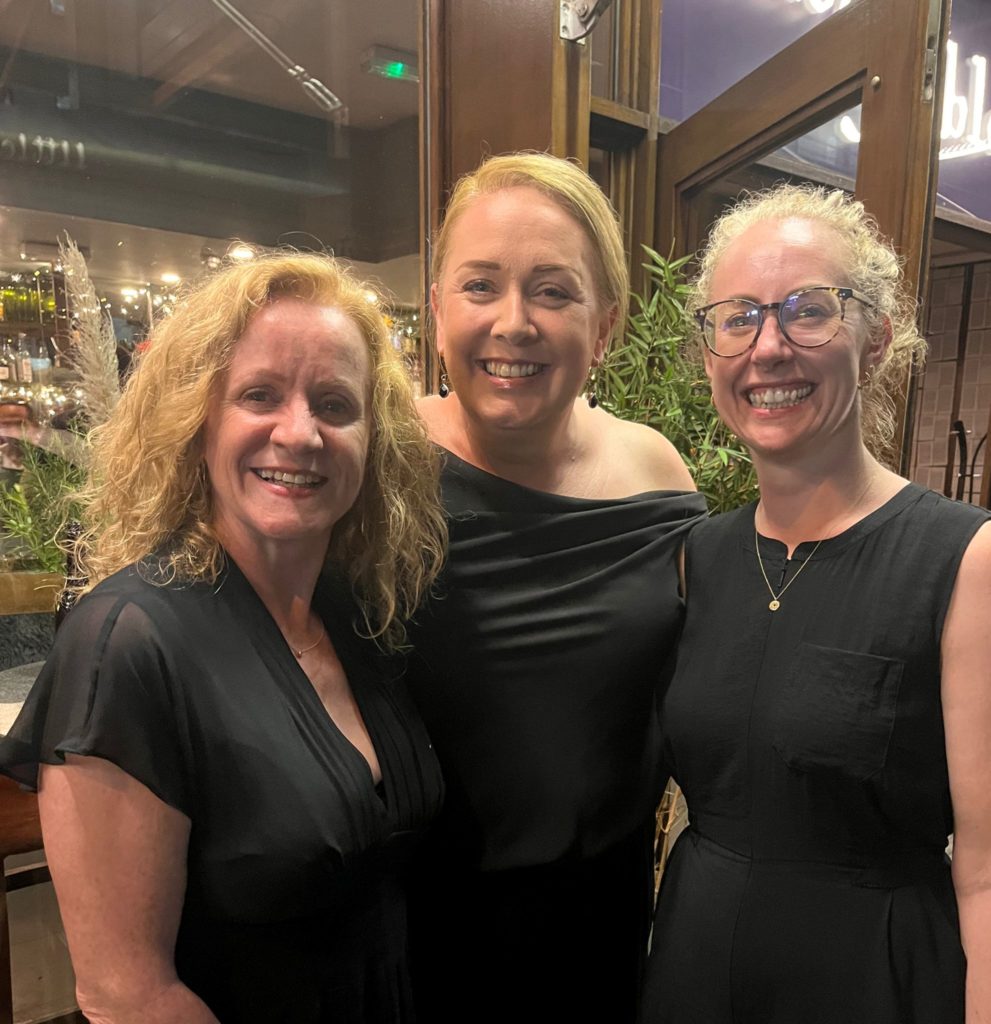 EC4 Music is a choir and orchestra based in the City of London named after the postcode where many of its members work. It’s an amateur group, doesn’t operate formal auditions, but has an emphasis on enthusiasm, commitment to rehearsals, payment of a modest subscription and being proactive in attracting supporters to attend recitals. The substantial proceeds raised from ticket sales go to good causes, including the upkeep of St Bride’s Church.

The first concert was held at St Bride’s Church, Fleet Street when EC4 Music was established in 1995.

Despite the departure of the press from Fleet Street — making way for bankers, accountants, lawyers and others — it remains the journalists’ church, an association dating back to the 1400s when it welcomed the pioneers of print.

“The news industry may have moved from the Fleet Street of today, but St Bride’s remains the spiritual home of all in the news and media industries. The attacks on press freedom and on individuals striving to bring us the truth is greater than ever and our ministry to journalism has never been more important,” said Alison Joyce, Rector of St Bride’s.

The Journalists’ Altar was established in the Church during the time John McCarthy and Brian Keenan were held hostage in Beirut in the 1990s. The altar is a focal point for those in the profession who have died in the course of their work as well as those whose fate is unknown.

After a hiatus due to the pandemic, EC4 Music gathered in June to present a programme of popular classics. They worked with talented pianist Olga Stezhko, Claire Seaton soprano, and Philip Tebb, baritone.

Collectively, the orchestra and choir number 250 people from 100 organisations. The nature of multicultural London is reflected in the make-up with people from a raft of nationalities participating, including many from Ireland.

St Bride’s has been their rehearsal room and primary venue for concerts since their formation. Enduring friendships have been made through socialising outside of rehearsals. Choristers Ciara Murphy (alto), Evelyn O’Connor (alto) and Joanne Thompson-Clarke (soprano) met through a shared love of singing. 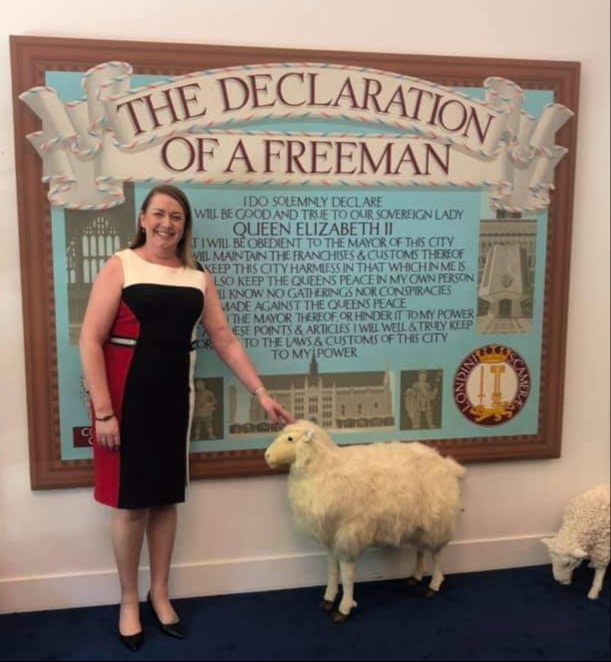 Ciara Murphy was conferred with Freedom of the City in 2019

Ciara is a facilities manager for commercial property firm MAPP. “I’m from Glasnevin and have been in England for sixteen years. I’m currently living in Kent and excited to be planning my wedding to Daniel Lockey, which will be in Ireland, hopefully next year – we won’t be short of singers!

“I love the countryside but also the contrast of London’s vibrancy where I’ve built a rapport with people from all cultures and walks of life.

“Ireland, of course, will always be home. I was delighted when I joined the choir to immediately hit it off with Evelyn and Jo who are Irish, too. My sisters, Orla and Emer, also sing in a choir in Dublin. They performed at the Pro-Cathedral in Dublin as part of the papal visit to Ireland in 2018.”

In 2019, Ciara was granted the Freedom of the City of London for her support for charitable causes, particularly within the arts and cultural sector and with Irish elders. “I felt privileged and humbled to be nominated. The ceremony, attended by close friends, was memorable and we celebrated with lunch together afterwards right in the heart of the City,” she said.

Conferring the Freedom dates back to 1237. Historically it was awarded to someone who was not the property of a feudal lord but had the right to earn money and their own land. Apt since Ciara works, rests and plays in the property sector in the square mile.

There have been many notable Irish recipients, including Sir Bob Geldof, Sir Terry Wogan and Lord Ballyedmond.

Evelyn O’Connor, a native of Carrigtwohill, East Cork said, “I’ve been in London for 18 years (how is that possible?!) I’m a legal researcher at an American law firm in the City. I feel very connected to London, particularly because my parents, aunts and uncles all spent time here in the 50s, 60s and 70s.

“I live not far from the Holloway Road where dad had accommodation and I grew up with the stories of his experiences and also anecdotal accounts of the others about the arrival of the Irish in huge numbers who contributed in all industries and socialised in the heyday of the dance halls. It’s lovely to think they made the journey before me and that I’m retracing their steps.

“I’m heading off to see my folks in Cork. My sister, Linda Benjamin, lives in London. When we couldn’t get home in lockdown, we felt fortunate to have each other.

“I felt huge gratitude on getting back to rehearsals with the choir in October 2021. The sense of camaraderie in meeting again couldn’t be underestimated. Unfortunately, I missed the much anticipated comeback Christmas performance, going down with Covid. Since schooldays, I’ve loved being part of choirs. I’ve fond memories of practising over a pub in East London 15 years ago – I’m still close to people I met then!”

Evelyn explained what singing means to her: “Choir is an absolute mood enhancer, an opportunity to decompress after a day’s work and use other parts of my brain. It’s refreshing to let my emotions out. I’ve been lucky with EC4 to meet a fantastic bunch of people with music in common. We have other passions, too, and share details of our backgrounds and interests. We tend to do this in the pub after practise. That’s what makes it wonderful – our collective enthusiasm for music… and life!”

“I grew up in the Cavehill area of North Belfast, moved to London after college and I’ve stayed. I work for a development finance institution. I’ve always sung in choirs but it was only a few times a year when my children were small. As soon as they were older, I searched for a choir that suited me and was pleased to find EC4. I’m now co-admin.

“I love the concerts we stage twice a year and friendships forged while doing them. Singing is a huge part of my life. This summer I’ll be participating in a summer school in Italy run by the Irish choral group Anúna.”

EC4 Music is always looking for opportunities to work with new partners on future concerts. If you would like to discuss your idea for a concert or find out about becoming a member, get in touch. 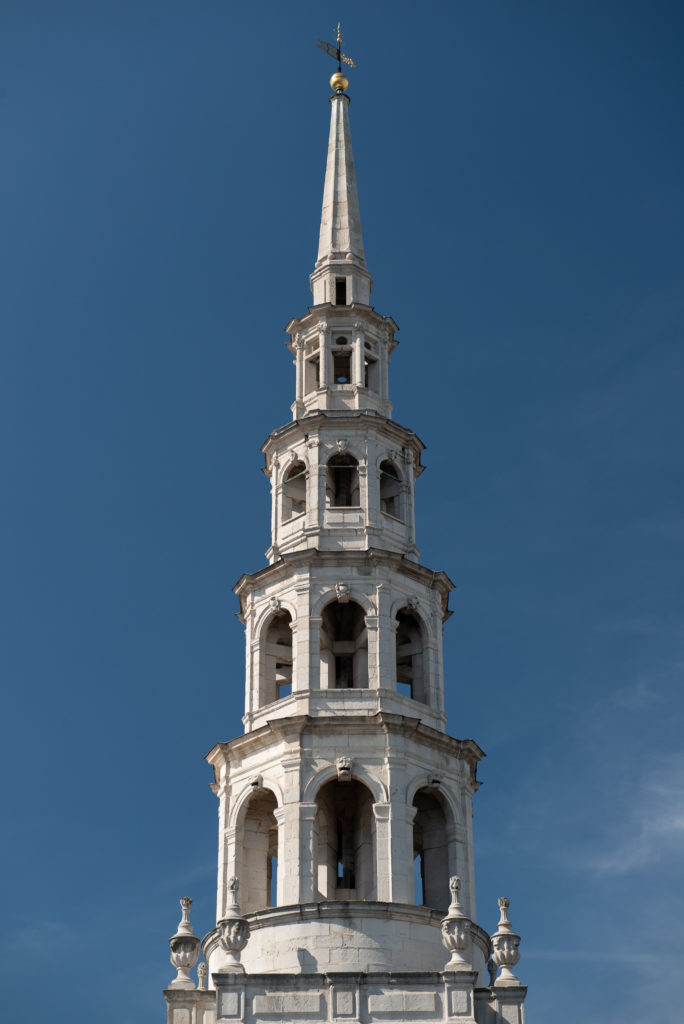 St Bride’s is often referred to as the phoenix of Fleet Street due to a number of incarnations and expansions.

The Church is dedicated to Saint Brigid of Ireland, the Abbess of Kildare, commemorated for her work with the poor and lepers. Using an Irish saint in naming the church indicates that a Celtic-Christian community and its influence were strong in the area as far back as the sixth century.

After the Great Fire of London destroyed the church on the site, Sir Christopher Wren designed a new structure. The church is a distinctive sight on London’s skyline. The steeple consists of four tiers, each diminishing in size. The overall effect is said to be the inspiration for the original wedding cake created by baker William Rich for his own wedding in the late 18th century. He’s buried at St Bride’s with his wife, Susannah.