COLEEN Nolan has revealed she will be spending Christmas with her ex-husband Ray Fensome, less than a year after the pair divorced acrimoniously following 17 years together.

The Loose Women host and singer, 53, split from professional guitarist Ray back in February after they endured a "hellish" 12 months that left their decade-long marriage "truly dead".

But speaking on the ITV panel show on Tuesday, Coleen said she and Ray have been getting along better than ever as friends and revealed she'd asked him to return to the family home for Christmas, so he can spend the festive holiday with their 17-year-old daughter Ciara.

Speaking to fellow Loose Women panelists Nadia Sawalha, Stacey Solomon and Gloria Hunniford, Coleen said: "The last couple of years have been really painful for both of us, last Christmas wasn't a great one because we knew it was the end.

"We split up and we're now divorced, but we've never ever been as good friends as we are now and for me, I couldn't think of anything worse than Ray being on his own at Christmas. 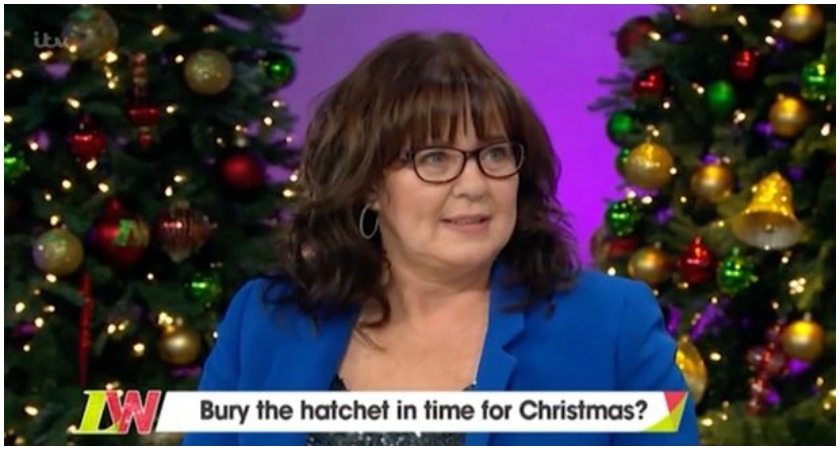 Coleen Nolan has chosen to bury the hatchet with ex Ray Fensome this Christmas (Image: ITV)

"You know, we've got Ciara together and he's coming over Christmas Eve and staying until Boxing Day and we're all really looking forward to it.

"Obviously it depends on the circumstances, but I think sometimes life is too short to hold onto anger and grudges."

Nolan, who also has sons Shane Jr, 30, and Jake, 26, with ex-husband Shane Richie, admitted she was surprised at how well she and Ray are now getting on since legally separating.

She added: "We really didn't like each other married, I couldn't stand him, but now I like him. I'm really excited.

"I think you've got to think about the good times as well as everything that went wrong, we had many years that were great."

Coleen confirmed her split with Ray in her newspaper column back in February, revealing the pair "can't go back".

She wrote in The Mirror: "I fought with every fibre of my being, but it's over.

"Splitting with a partner who you’ve shared a life and home with – and who you’ve brought up kids with – is possibly the hardest thing you’ll ever do.

"There is too much dividing me and Ray. We can't go back. And my future is going to be very different to the one I’d imagined back then."