SINGING legend Daniel O’Donnell is celebrating this month as his newly released album has shot straight into the UK album chart at number 4.

Keeping good company with the likes of The Beatles, Adele and Coldplay, the album Daniel O’Donnell 60 was released by the Demon Music Group on October 15.

Since the launch of the album, the Donegal star, who approaches his milestone 60th birthday in December, has been keeping himself busy with live concert dates around the UK.

Speaking to The Irish Post ahead of the tour, he confirmed he was “excited” to be getting back on the gig circuit.

“It’s exciting to be getting back out there,” he said, “to see light at the end of the Covid tunnel.”

“Myself and the band are on tour in Britain for the duration of the month – we are going to do it and do it the way we would have always done it,” he added. 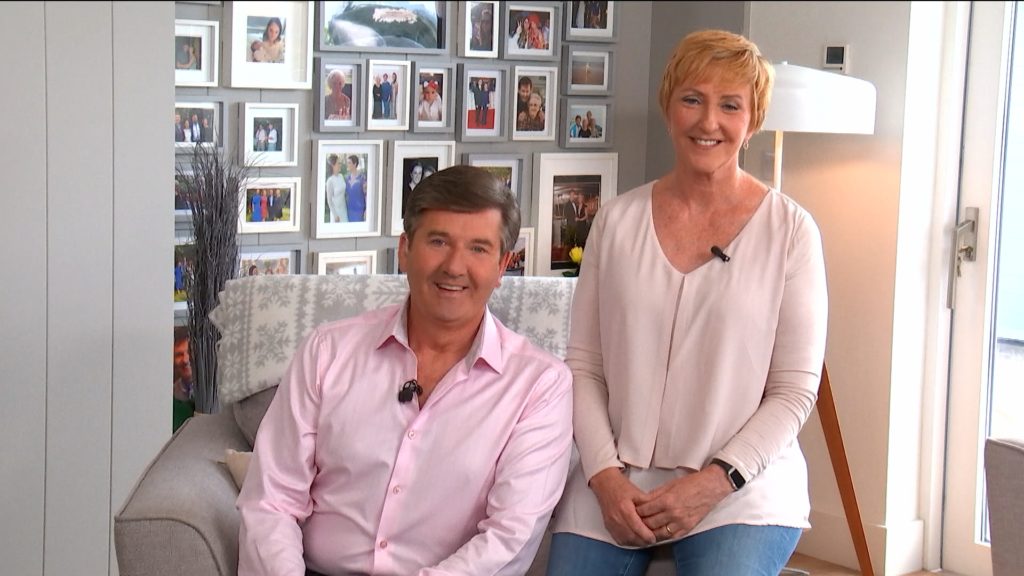 Daniel and wife Majella duet on the new album

With a recording career that has now spanned 40 years, O’Donnell continues to delight fans around the world with his album releases and concert tours.

In 2021 the Irishman broke his own world record by becoming the first recording artist to chart at least one new album each year in the Artist Albums Chart for 34 consecutive years.

In the UK alone O’Donnell has now amassed 47 Top 75 albums, including 19 in the Top 10, with 17 of them this century – a feat not achieved by any other recording artist.

To celebrate his 60th birthday and on the back of 2020’s Top 3 album Daniel, he returned to the studio with legendary producer Nigel Wright who has co-produced the recordings of many of Andrew Lloyd Webber’s musicals, including the film versions of Evita, starring Madonna and Antonio Banderas and The Phantom of the Opera, along with many artist albums and TV music shows.

With 15 tracks, Daniel O’Donnell 60, is available on 140g Green Vinyl, CD and digital and includes Daniel’s own upbeat versions of Let Your Love Flow, I’ll Never Find Another You, Happy To Be On An Island In The Sun, and Something Stupid, a duet with his wife Majella.