THE CAST of Derry Girls are set to reunite for a one-off charity special created to lift spirits and raise money as the country continues the battle against Covid-19.

Ireland's national broadcaster, RTÉ, has announced an emergency Comic Relief fundraiser which will see some of the country's most high-profile and talented citizens come together to bring a smile and raise much-needed funds for the charity sector.

The show will take place on 26 June and will be presented by hosts Deirdre O'Kane, Westlife's Nicky Byrne, Jennifer Zamparelli and Eoghan McDermott, and promises a star-studded lineup of some of Ireland's most recognisable figures.

There will also be a special appearance from two of the world's newest biggest stars: Paul Mescal and Daisy Edgar Jones of BBC's TV adaption of Sally Rooney's Normal People.

Host Deirdre O'Kane said she was "in awe" of the response from comedians, musicians and performers who wanted to help out to raise much-needed funds for charities who have felt the impact from the Covid-19 pandemic, and promised:

"It's going to be a memory-making night that'll raise serious funds to help people who need it most as a result of Covid-19." 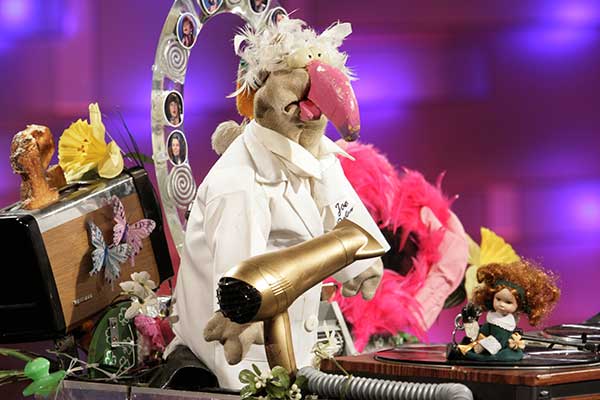 And no big Irish production is complete without an appearance from Dustin the Turkey! (Picture: © RTÉ Stills Library)

Group Head of Entertainment at RTÉ, John McHugh, said the aim of the show was "to raise a smile as well as much needed funds in one very special night.

"We want to thank the public for staying in so far and remind people that staying in still matters.

"We want to celebrate the front-liners' contribution and raise much-needed funds for a range of charities that are struggling to provide their services, as their fundraising activities have been severely hampered [by the pandemic]".

Funds raised from the show will be handled by RTÉ and Comic Relief's charity partner, The Community Foundation, who will distribute the money to charities across the country.

RTÉ Does Comic Relief will be broadcast live across Ireland from 8pm on RTÉ One on 26 June.