Despite the fact that Fassbender's face is hidden by a giant fake head in the new movie, newly cast Star Wars actor, Gleeson reckon's that the Kerryman – who received an Oscar nomination earlier this year for his performance in 12 Years A Slave – excels as an eccentric pop star in director Lenny Abrahamson's latest film.

“It was an amazing performance, one of Michael’s best, which I think is saying something,” Gleeson said.

“The energy was great you know. Michael would put on the head for rehearsals sometimes and it was like, what a way to go to work in the morning, ‘hi I’m going to band practice with Michael… It was great!

“Michael’s an extraordinary actor, I think we all know that,”

Throughout filming Fassbender bore the huge papier-mâché head of Frank Sidebottom – upon whom the film is loosely based – but rising Irish actor Gleeson insists that being unable to see the facial expressions of his fellow leading man was not a problem.

“Any way he moved, the pitch of his voice, the way he enunciated and just the vibe coming off him let us know what we needed to know,” Gleeson said of Fassbender’s portrayal of Frank.

“Then when he chose not to talk or not to let you know what he was thinking it was extra interesting. You panic and think what the hell is going on inside the head.” 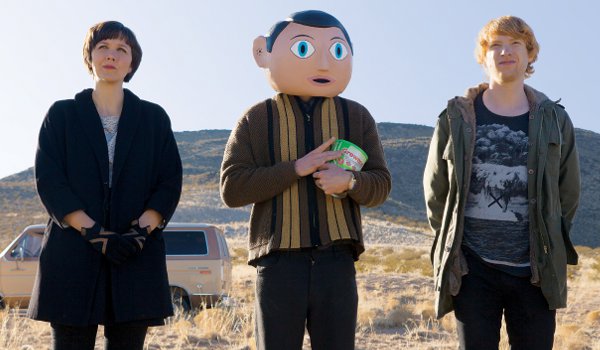 In the film, Fassbender’s performance as mysterious and troubled musician, Frank, provided him with a chance to live out his own childhood aspirations of becoming a rock star.

The Shame star revealed his childhood dreams of music stardom to The Irish Post at the London premiere of the movie, saying that during his teenage years he listened to mostly metal, punk, some grunge and industrial rock.

“Sure, you say it as if it’s the past tense," he joked, when asked about his lifelong aspiration, before adding, "every morning I wake up and in the shower…”

He admitted that whilst he's a fan of most music genres, there's one that he steers clear from.

"I kind of like everything," he admitted, "except dance music. I never really got into that scene."

Frank is released in cinemas on May 9.