STUDENTS from Dublin City University have recorded a beautiful acapella version of The Fields of Athenry for Munster Coach Anthony Foley.

Anthony Foley died suddenly last week, October 16, at a hotel in Paris where he was staying with the Munster Squad ahead of the European Champions Cup game.

The Irish rugby legend was 42 at the time of his death, and survived by his wife Olive and two sons Tony and Dan.

His cause of death was a pulmonary oedema, a build up of fluid in the lungs. 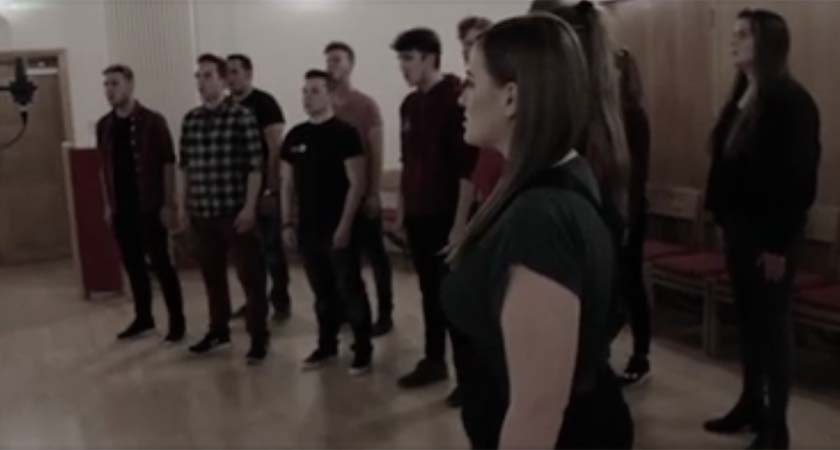 Although he was born in Co Limerick, Anthony 'Axel' Foley was brought up in Clare, where his funeral was held on Friday, October 21, at St Flannan's Church.

The DCU Music Society Glee Club recorded an acapella version of the unofficial Irish rugby anthem, The Fields of Athenry for the Munster coach.

Uploaded on Saturday, the video has so far had over 18,500 views and amassed praise from fans of the late Anthony Foley.

Producer for the DCU Glee Club Ryan Mc Guirk said the group wanted to "do something" to honour Foley.

"We wanted to do something to honour him in our own way," Mr Mc Guirk told The Irish Post. "We got together one evening during the week and came up with our version of The Fields of Athenry and recorded it with the cast."

"We are just so pleased that we could share our tribute and it's been such an honour to see how many people have been moved by it," he added.

Check out the DCU Glee Club version of The Fields of Athenry below...