GRABBING a – hopefully – once in a lifetime opportunity with both hands, a father and son duo have taken to the streets of an unusually deserted capital to shoot the last movie in their award-winning London Trilogy of short films.

World renowned fashion photographer Tony McGee, and his son, actor and script writer, Max, began filming the series in 2020 – unaware, like the rest of us, that they were in for a year like no other.

While both Londoners, the McGees originally hail from Templeglantine, Co. Limerick, which is where Tony’s mother, Mary Macauliffe, was born in 1919.

Mary’s early life – as with countless other young Irish women – was mired in tragedy from the moment her twin sister became pregnant out of wedlock.

Falling victim to the harsh religiosity of the time, at the age of 15, Mary was sent by her parents to be educated in a Catholic nun’s convent in the UK to ensure the same fate would not befall their other daughter.

The teenage emigrant never saw her mother again, as she died shortly after Mary left Ireland.

Upon finishing school, she went on to train as a nurse in Wolverhampton.

Then, on September 3, 1939, came war, and so the Irish nurse was sent to the British colonial outpost in Rangoon, Burma, which is where she met Tony’s father, a strapping young Glaswegian captain and former schoolteacher, Charles Anthony McGee. 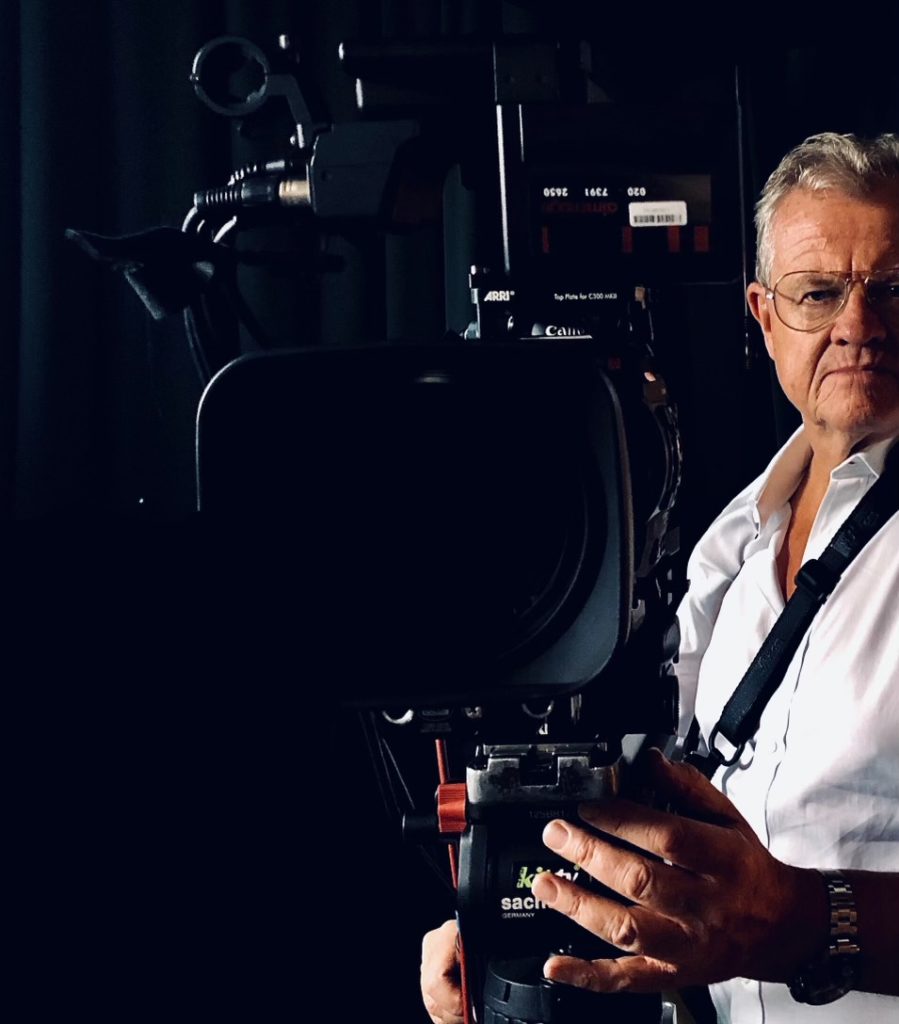 Like many others emerging from the rubble of a war-torn London in the early 1950s, the young Gaelic couple, who by this time had a brood of six, had to get by on their wits and wartime connections.

They had a friend in the army; a high-ranking officer named Theo Cowan, who became the head of the Rank Organisation, an entertainment conglomerate that produced a string of popular movies in Pinewood Studios at the time.

The studios, located in Buckinghamshire, were brimming with talent in the 1950s and 1960s, and would later go on to produce the crown jewels of British cinema, including the James Bond and Carry On blockbuster film franchises.

At the enterprising age of 14, Tony got a job working with Theo at the booming studios, which sparked his lifelong interest in filmmaking and photography – a gene that he dutifully passed on to Max, who also has a keen eye for film.

Following Auto and Shattered, the first two productions in their short film trilogy, the pair have recently premiered their last movie, Thames.

All three movies were written, filmed, and produced over the past year, and, all being set in London, capture the anxious buzz of life in the big smoke.

Shattered is a showcase of life from the top, as we’re invited to follow high-flying lawyer Robert James Crampton on what’s gearing up to be the worst day of his life. 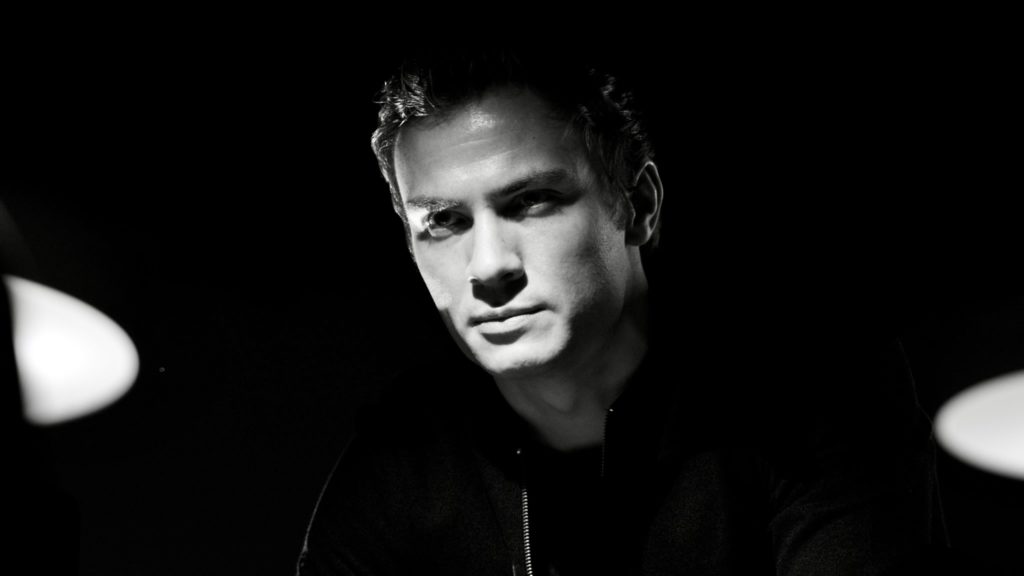 Epic, ground-up shots of some of the city’s imposing skyscrapers help to remind us of the age-old Damoclesian dilemma; the farther up you climb, the steeper the fall back down.

Auto gives a different flavour to what Max calls “the greatest city in the world”; it’s life glimpsed from the city’s gritty underbelly, following an ex-army gun-for-hire as he embarks on an errand for a Greek speaking, Guy Ritchie-style cockney hard nut.

Finally, Thames, their latest project which premiered last week, invites us into the split personality of a bent copper who, like the country after the Brexit vote, is torn in two by the fallout from the referendum.

In an era where the big questions dominate – whether it be Brexit, a global pandemic, or the looming potential for worldwide ecological disaster – films can’t shy away from the central concerns of our time.

The London Trilogy grapples with some of these anxiety-ridden issues and leaves the viewer both captivated and a little uncomfortable – and, due to a series of curve balls neatly woven into the three plots, it must be said, regularly surprised.

When asked what challenges the pair faced while filming during lockdown, Max said: “the main challenges were delays to shooting due to government announcements and guidelines. We also operated with smaller crews.”

On the other hand, “the biggest opportunities” arose from “the lack of people in London which made shooting less of a hassle”, he said – especially when it fits the storylines, as it did in the last two films in the trilogy.

The movies have been a learning curve for Tony, who prefers the old school allure of capturing his subjects with a film camera, but has since begun shooting with a digital video camera.

Reflecting on his movie-making debut, he said: “Our films have been extremely well received and I think that that is down to the fact that they are short films but have the production value and storylines of a feature film.

“They are complex plots, written by and starring Max McGee, and push the envelope in terms of what a short film is capable of being.” 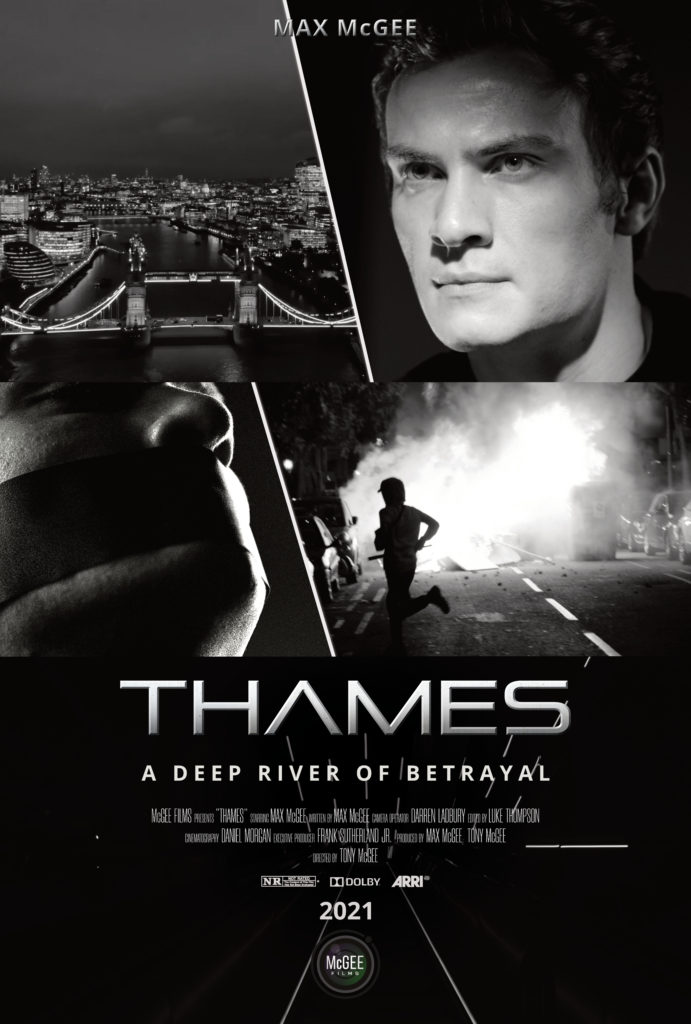 Encouragingly for other creatives looking to shoot their own short films, Tony went on to say: “Bear in mind, whilst they look to be films of large financial investment, they have all been produced on a shoe-string budget, relatively speaking.

“What we have achieved in the last 10 months, during a period of extreme uncertainty caused by the global pandemic, is a product of extremely hard work and persistence, and also having a great film crew around us.”

He added: “Our focus moving forward is producing feature films.”

When asked about what the pair have their sights – and lenses – set on next, Max said that they are working on a feature film titled “Appearances”, which will “explore the themes of racism, classism, and the explicit invasion of privacy caused by social networks”.

Shattered, the first in the trilogy, was a semi-finalist at Rhode Island International Film Festival, Auto, the second film, made the official selection at CIFT Festival Toronto 2020, as well as London and Paris 2021 International Short Film Festivals, and their latest production, Thames, aired on Friday 26 February.

Max and Tony’s Irish family, the Macauliffes, live in Templeglantine to this day.