Not I/ Footfalls/ Rockaby,
By Samuel Beckett

TUBE strikes, will-it-never-stop raining and three obscure plays by Samuel Beckett - and you wonder why people are so miserable in London?

Let’s be fair to the great Irish author and dramatist. It’s only the second night of Not I/ Footfalls/ Rockaby’s first run at the West End – having transferred to the Dutchess following a sell-out run at the Royal Court.

Anticipation feels high therefore for this trilogy of less-known works, all of which are rarely revived on the British stage. 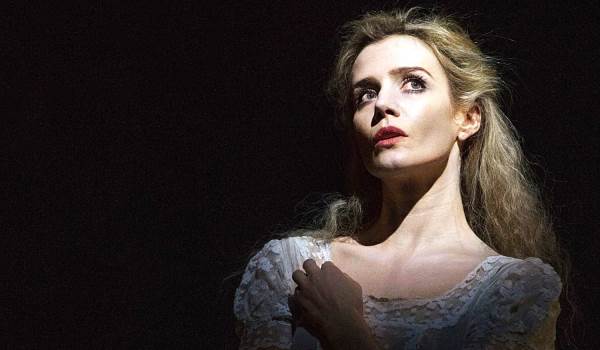 Dwan plays May in Footfalls

Only the strange mumbling of Lisa Dwan’s voice slowly awakening breaks the silence.

Then, as fast as horses leaving the gates, a dimly-lit mouth appears high above the main stage and the actress unloads a flawless and furiously quick monologue, her mouth not much more than a dim speck of light as if watching the sun flicker from outer space.

Dwan is from Westmeath and her deep middle-Ireland drawl seems born for the role of The Mouth in Not I.

That said, the removal of the performer in this play (particularly the visual aspect) is a big part of Beckett’s effects: the subjective, stream-of-consciousness style could be the image of any language, regardless of which culture you’ve had the fortune – or misfortune – of growing up in.

After 10 lightning minutes, it’s over. Oddly, I start to pay attention to my mind's own rapid wanderings.

Lovely Jubilee… tube lines down… how will I get… Beckett… curious… a thick mane of hair his whole life… but understood better than anyone the transient nature of youth... long drag of old age… especially today... 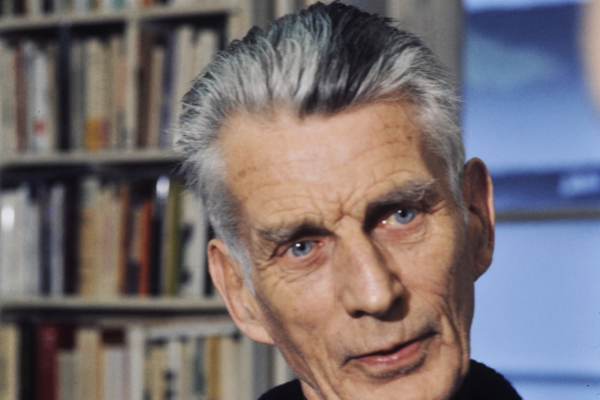 Random thoughts are broken by Footfalls, based on a haggard middle-aged woman called May and the apparent echo of her old infirm mother.

Dwan appears in a white battered gown, eerie and ghost-like. The actress looms large, pacing slowly across the front of the stage, a mind-bending effect probably increased by the enforced squint at the mouth in the previous performance.

Footfalls is by turns excruciating in its slowness. In such a senses-mash it’s hard to believe the entire show only lasts an hour.

Like the rest of the performance, the middle play is impeccable in its construction: the lighting – by James Farncombe – is superb in its dim and partially-dim measures.

Amazingly, a phone bleeps during Rockaby even after a stern reminder from the stagehand before the show.

The last in the trio is arguably the best, as Dwan rocks back and forth in a lacy black wedding-like dress with only her and a recorded voice melting into one lonely, bleak echo.

If Billie Whitelaw, the original Mouth during Not I’s British debut at the Royal Court in 1973, was ‘miraculous’ in the eyes of the Irish writer, Dwan is mesmeric tonight.

There’s a marked silence among departing theatregoers as they leave. Perhaps captivated by what they’ve just experienced; a mix of admiration and surely a bit of confusion too.

But regardless of how inaccessible, and at times excruciating, performances of Beckett’s plays like these can be, the show itself is impossible to critique – unlike the transport or the weather.

Not I/ Footfalls/ Rockaby runs at the Duchess, London until February 15 before touring to Cambridge, Birmingham and Manchester before a worldwide tour including Ireland.

Lisa Dwan: Why I Love Samuel Beckett, and you should too