Johnny Marr performing at the Association of Independent Music Awards at The Roundhouse in London in 2019 (Image: David M. Benett/Dave Benett/Getty Images)

LEGENDARY Smiths guitarist Johnny Marr has given his verdict after Rick Astley and Blossoms covered a Smiths classic at a recent show.

Eighties pop star Astley joined Manchester band Blossoms at their London gig on Monday for a cover of This Charming Man.

And it would seem Marr, born in Manchester to Irish parents, isn't sold on the cover.

"This is both funny and horrible at the same time," he tweeted as he shared the video on his Twitter account.

This is both funny and horrible at the same time. https://t.co/GgEEECHpBJ

The song, penned by Marr and fellow second-generation Irishman Morrissey, gave The Smiths their first British top-40 hit in 1983.

While he may not be a fan, Marr will have to get used to the idea of Astley and Blossoms covering Smiths hits.

Following the unlikely collaboration, the acts confirmed they are teaming up for a pair of shows next month celebrating the songs of The Smiths.

After some users criticised Marr's response to the cover as "not cool" and "musical snobbery", Marr said he had no problem with cover versions.

However he did say there was a "back story", adding that Blossoms had not mentioned the project when he met them recently. 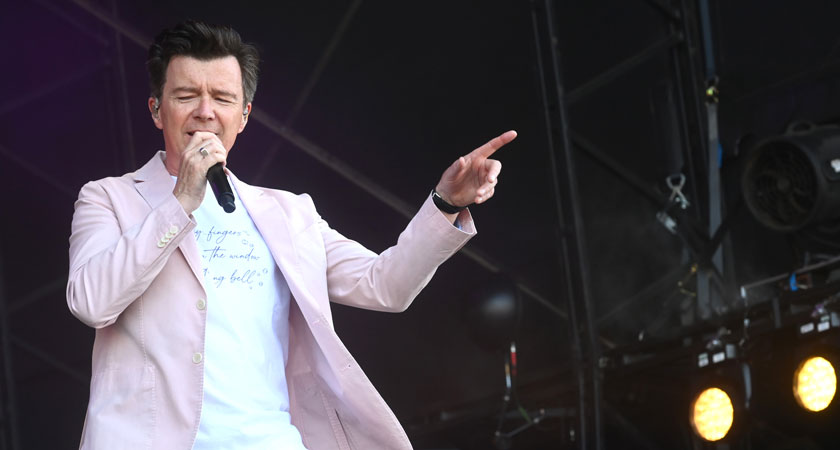 He added: "[Blossoms] didn't mention when we were hanging out a few weeks ago. Must've slipped their minds."

Marr and Blossoms are set to share a bill this week when they support Courteeners at Old Trafford Cricket Ground on Saturday, September 25.

The Songs Of The Smiths, featuring Astley and Blossoms, will take place at Manchester's Albert Hall on October 8 and London's O2 Forum Kentish Town on October 9.