Gambling in Ireland and its Impact on the Economy

*Brought to you by the Social Family

There’s no getting away from it: gambling is popular in Ireland.

The laws of the country allow sports betting, casinos, bingo, poker and online slot site, and nothing quite captures the popularity of gambling like the statistic that authorities issued 32 licenses for gaming machines every year in 2018. If they’re doing that, then it’s because somebody out there sure enjoys them!

Gamblers are relatively free in Ireland, enjoying most forms of gambling. The State leaves it to local authorities whether to grant gaming licenses, although operators are set to come under heavier regulation. One thing is for sure and that is that gambling benefits the national economy. The industry creates jobs and, thanks to an increase by the Irish government in the amount of tax gambling operators must pay — now 2% instead of 1% — the State coffers can look forward to even more revenue than before.

The growth of gambling in Ireland

Gambling is big business and is becoming almost a part of everyday life in Ireland. The market is estimated at around €1.1 billion per year. Sixty-five million euros of this is thought to come from casinos or private members clubs; a whopping €134 million from gaming machines; €8 million euros from bingo; €310 million from lotteries; and €315 million from land-based betting. These are all estimates, but you get the picture.

One factor that has contributed to the growth of the industry has been online gambling. Until 2015, this wasn’t legal in Ireland. The online gambling market is estimated to be worth around €220 million, although it’s generally hard to quantify the market.

That’s a lot of resultant revenue for the Irish government from the taxation on turnover. Given the popularity of gambling, some businesses are looking to turn premises such as bars into amusement arcades. Major operators, however, have pointed out that their customers appear to be shifting towards the online gambling side, which has generated more income for the operators than their land-based operators.

Despite complaints from some of the major gambling operators, the increase in tax on bets could be good for Ireland and has the potential to generate double the revenue that it previously did. Betting duty on exchange revenues has also increased from 15% to 20%. The expectation is that this will generate an extra €40 million. This is good news for an economy that has already been growing six times faster than the European average and could become even stronger because of the changes.

There is, however, the fear that the higher taxation will eat into operators’ profits enough to incur job losses. This is an industry that employs 7 000 people in 852 betting shops and several head office locations, according to the Irish Bookmakers Association (IBA). The association believes as many as 1 500 could lose their jobs as a result of the tax increases. 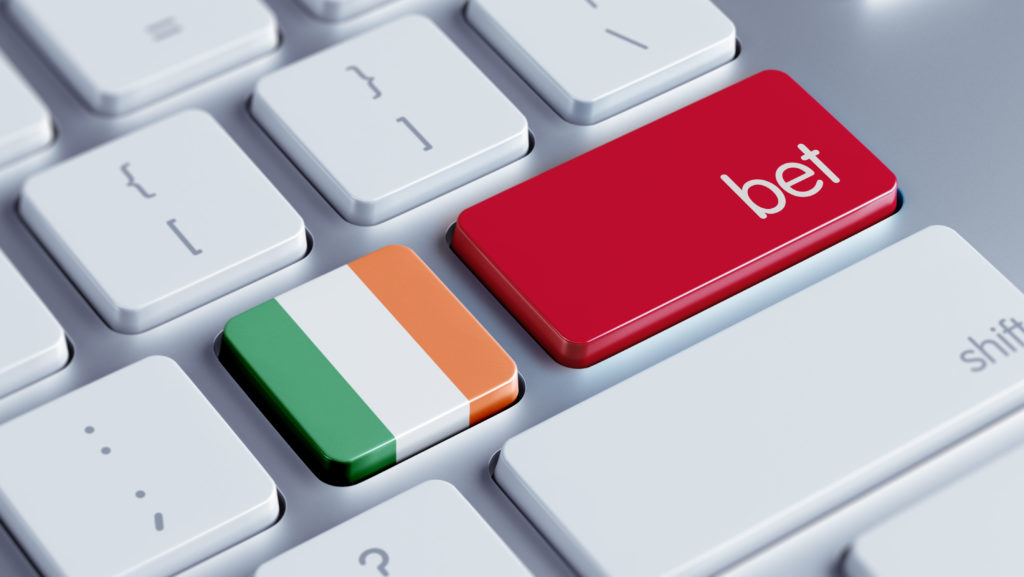 Catching up with the US

When it comes to gambling, especially online gambling, the UK is clearly the most liberal. In recent years, though, the US has started to become more open to gambling and has made sports betting legal, despite opposition from the NFL, the NBA and Major League Baseball. It’s clear the United States likes to gamble, but Ireland has its own love affair with gambling and is starting to catch them up — to the point it might even overtake them as a gambling-loving nation.

America has been slow in adopting online gambling. Land-based casinos still dominate the industry, which generates a mind-blowing €137 billion. The legalisation of sports betting has revealed a potential demand for online betting, too; however, the instability of the Trump presidency and the lack of agreement over any of the country’s issues in the Senate means it may take the States a long time to catch up to the UK or Ireland as regards as online gambling. Only four states — Delaware, Nevada, New Jersey and Pennsylvania — permit it. Let’s just say any sort of further agreement would be an achievement.

With the proliferation of physical slots in Ireland — there are thought to be roughly 40 000 across the country — there’s no reason why the Irish wouldn’t be fond of online slots, too. They may even favour a particular online slot site, such as Wizard Slots or another site, over all the others.

There are some real giants in the Irish market; household names, in fact. Two that operate online casino and slots, as well as sports betting, are Paddy Power and Betfair. Both offer typically Irish-themed slots, including Irish Clover, Irish Riches and Irish Frenzy, in the case of Betfair: and Irish Frenzy and Book of the Irish, in the case of Paddy Power. The latter have a distinct Irish theme running throughout their branding and are renowned for the wittiness they display on their social media accounts.

If you’re not feeling like playing the slots or betting on a sports event, you can play table games at the casino. Poker, Blackjack and Roulette are all available, and you can play them all live. The fun doesn’t end there. Both operators provide bingo online and Paddy Power offers fantasy sports betting, too. The two are also happy to take bets on political events (just in case you’ve not had enough of politics with all the Brexit hoo-ha!), so if you’re not well up on sport, this could be a more viable option and a chance to win big.

The Irish love a gamble. Authorities understand this and appear more than happy to grant licenses for gambling facilities despite some of the more dissenting voices out there. The boost that gambling lends to the economy is apparent, an economy which is already outperforming the European average and may start to see Ireland become a true force within Europe in time. Ireland already has the potential to supersede the mighty US in terms of the power of its online gambling industry, so there’s no reason why it couldn’t really start to become a more powerful voice within Europe. Let’s hope so!