RUMOURS that country music legend Garth Brooks is to cancel his five night run of Irish shows intensified last night when sources close to the artist confirmed that he was still “weighing up his options”.

Brooks, who caused mass hysteria when he announced a string of dates at Croke Park, is said to be seriously considering pulling the engagement.

The cancellation of all five shows, which were due to net the aging country rocker in the region of €10m, will cause heartache and outrage among the legion of Irish devotees who snapped up some 400,000 tickets in just two hours.

This morning, the Irish Post  made contact with a senior member of Garth’s entourage who said that despite being very excited about the gigs initially, Brooks now “couldn’t be arsed”.

The source, who spoke exclusively on condition of anonymity, said that this kind of flaky behaviour was not unusual for the star.

“Plenty of times we’ll be talking about going to the cinema all day, we’ll have picked out the movie, everyone will be all dressed up and the next thing is himself will arrive down the stairs and announce he wants to do crazy golf instead.”

The decision to cancel the Dublin dates appears to hang in the balance. The source confirmed that the consequences of taking such an action were explained to the artist in a heated meeting.

Brooks reportedly suggested the cancellation when it came up in a conversation over his plan to go on a paintballing weekend with friends on dates that overlapped with the Irish shows.

“When we told him he couldn’t go paintballing because he’d committed to doing the Dublin shows he went absolutely ape shit.”

The cost of refunding tickets is only the beginning of the problems the artist could face if he were to cancel the gigs.

Apparently a non-refundable deposit for the paintballing weekend has already been paid and a mini-bus has been booked. 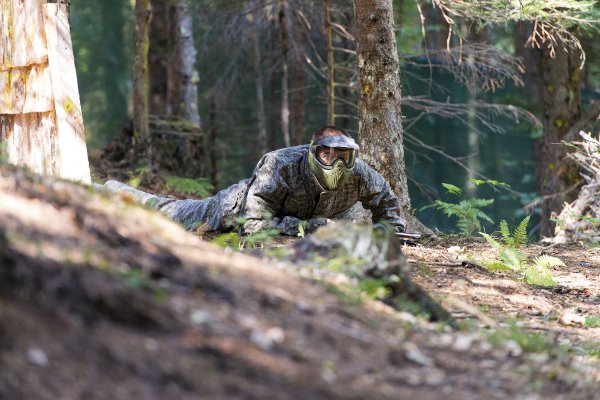 If Brooks decides to cancel his five night stand at Croke Park it will be ranked high in the list of disappointments suffered by Irish music lovers at the hands of global superstars.

In 2010 Guns & Roses’ Axl Rose took exception to an Irish audience’s playful attempts to hit him and his band members in the face with plastic bottles.

The GnR frontman warned the crowd that if they got hit with “one more bottle” they would go home. When one fun-loving fan called his bluff, the band walked off stage.

In 2008 rock legend Prince cancelled his much-anticipated Dublin date with just a week’s notice. In the subsequent court case he used the Father Dougal defence when claiming he “didn’t know about the gig”.

As recently as 2005, Irish fans were left bitterly disappointed when Eminem cancelled his Slane show due to illness. Unlike Brooks, Marshall Mathers cancelled the entire European leg of his world tour and spent time in a rehab facility.

It’s unlikely that the compulsion to go running around shooting pellet guns will garner much sympathy from Garth’s die hard Irish fans.

At the time of writing it is believed that a possible compromise was being negotiated.

Our source within the Garth Brooks camp said that at this point the best they can hope for is for Mr Brooks to accept the compromise option of going paintballing in Bray on the day of the shows. For any such negotiation to begin, one major stumbling block must be overcome.

“Our biggest problem is he won’t come out of his bedroom”, the source said. “It’s very hard to negotiate through a closed door. We’ve been sliding Easy Singles cheese slices under the door. The fact that he’s eating them could be a very positive sign. But then again, if there’s one thing I know about Garth it’s that he loves Easy Singles. And paintballing.”

The shows at Croke Park were already put in jeopardy when 300 local residents challenged plans to stage any further concerts at the venue due to the disturbance the events cause.

Many believe that too many concerts are being staged at the GAA headquarters. At a meeting last week Jim Berkeley, a local resident and photographer, said: “The general consensus of both the public and the elected representatives was that Croke Park have been acting in bad faith, and is in fact sullying the good name of the GAA.”

The show promoters could not be contacted for comment. It is understood that the mini bus has been cancelled.

Those concerned about ticket refunds should check today's date.