FAME gets dished out nowadays like a microwavable dinner.

Simply shack up with a footballer and book a trip to the jungle and – Bingo, you’ve made it.

But what about those with real star quality and talent? Those who come from nowhere to share the stage with A-listers, all in the blink of a camera lens. How do they get discovered?

Who better to ask than David Grindrod, one of Britain’s most renowned casting directors? Although he doesn’t particularly like the title, it’s easy to paint the Englishman as the ‘King’ of West End casting.

Currently, Grindrod has two hit West End musicals running – The Commitments and Once – both of which are Irish stories and both have helped to unearth new stars in the entertainment world.

His glittering career has also placed him working alongside Andrew Lloyd Webber. The pair’s discoveries include Galway’s Aoife Mulholland, semi-finalist on How Do You Solve A Problem Like Maria? and Jessie Buckley, from Killlarney Co. Kerry.

Buckley finished second on the BBC One talent contest I’d Do Anything in 2008 and is currently starring opposite Jude Law in Henry V.

For the man in the street then, how do you actually go about finding a new star on such a big production?

“We dig all over the place,” explains Grindrod. “Word goes out. We put it out to agents, but also something like Once, that’s been so successful in New York, bringing it over here, one wants to be part of it as well.”

Grindrod tells me that for the musical adaptation of Roddy Doyle’s novel The Commitments, the production recruited 10 people who’d never previously appeared on the West End.

And the casting agent, who has assembled troupes for huge productions including Matilda and Shrek, is now on the lookout for a new cast for a second run of Once.

Unearthing new talent is in the Dublin-set production’s DNA. After all, it was the 2007 film – about a romance between a Dublin busker and a Czech mother (played by  Markétá Irglova) – that propelled Glen Hansard from local musician to internationally-recognised star.

How are preparations for the fresh production going so far?

“It’s been great, because I think Once is very special. It’s very different than any other musical, of course, because they have to play their own instruments, [as well as] sing and dance and everything else,” Grindrod says.

“So we need multi-skilled people. The standard of playing is really high.”

Despite the high-standard, the casting director is happy to look for new talent without any prior experience. “That’s what we’re all about in a way,” he says. “It’s always great to find new people to come over and to be part of the West End scene. It’s an adventure.”

The casting director wants to spread the word among the Irish community in Britain in particular.

Part of this could be due to the fact that, among the many excellent reviews for Once the musical, there were a few gripes about the authenticity of the Dublin accent. 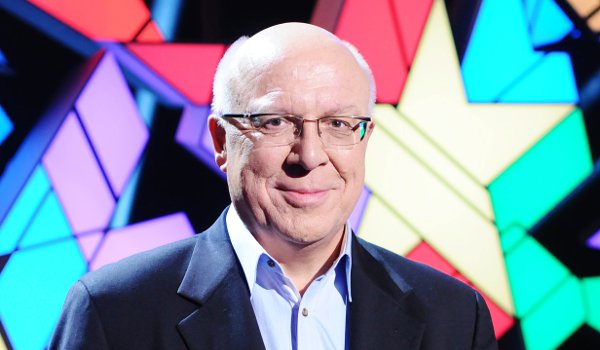 Many of the cast are British, including Declan Bennett who plays ‘Guy’. Bennett, who also made his West End debut in the show, is from Coventry.

Grindrod agrees that the Dublin accent is a particularly difficult accent master, but it is something that he’s hoping to address in this next round of casting.

“If we can get the real thing that’s even better,” he says. “Of course we give people training in the accents. Plus, we’ve got the whole other family that come from Croatia. There’s all that as well.”

Are you actually going out and looking for Irish and Eastern European actors then?

“Well, our girl who plays it now has come from there [Croatia] and I was very fortunate to find her. She flew over to be part of the show so that was great fortune for me.”

What about actors from Ireland? Has he noticed the market for Irish actors and actresses in this country change over the years?

“I have and I have to say, I’ll get on my bandwagon, the training in Ireland [could be better], we need better schools over there. I do the TV shows and the talent on show [is there].”

He says that most of the Irish talent will be found in Britain.

“Sometimes it’s difficult for them [the Irish actors] to get the training and they’ve got to come over to England to actually train,” he says. “Because there’s a definite talent over there."

When I found Buckley, she came to me from Co. Wicklow when I was auditioning over there. So the talent is there, we’ve just got to find it.”

Grindrod notes that choosing a cast for a musical is completely different from films. “It’s eight performances a week,” he says, “so when you do the movie you can do a scene and stop and do it again and stop and all that.

It’s a live show by musicians and it is eight performances a week. It is tough.

I mention his reputation as the ‘King of West End casting’ and he’s quick to stop me in my tracks. “Well, I don’t say that,” he interrupts.

“I’m very fortunate in what I do and how I’ve been through it. You know, I’ve worked a lot with Andrew (Lloyd Webber) which is great and we’ve got his new production Stephen Ward (a musical based on the man involved in the Profumo affair) opening at the end of the year.

“But I love doing something new and Once is totally new. I’ve never done an acting and muso-show show before and working with John Tiffiny, who is a really exciting and new director. It brings a great stimulus to the show and to what I do.

“Remember, it is a team. There’s a director, a choreographer, a designer, there’s the musical supervisor when you’re part of a team and when that team works together the whole show works and that’s what you’re part of.”

Grindrod says he keeps his own spark for grass-roots theatre alive by visiting local colleges and giving talks and by ensuring training is adequate for the next generation.

“You know, we need good people coming through and we need to keep the theatre and the music industry afloat,” he adds.

Returning to the show, if there was one thing Once are looking for this time around – something that would give a budding actor or actress the best chance of winning the golden ticket – what would it be?

“Ooooh,” Grindrod pauses. “It’s something so different. That is what we’re really looking for. It’s kind of, talent. We need good, quality people who love the film and want to be part of a show.”

Once: The Musical runs at the Phoenix Theatre until May 31, 2014. New cast rehearsals begin in February. If you would like to audition for a role in Once, contact Will: [email protected]