ONE OF Ireland's most spectacular landmarks has gained international recognition for its sheer beauty.

Skellig Michael, or Sceilg Mhichíl, is a UNESCO World Heritage site and popular tourist site which became even more famous than before when it was featured in the Star Wars movies 'The Force Awakens' and 'The Last Jedi'.

Located on the Great Skellig just off the gorgeous Dingle Peninsula, the historic site is home to an ancient monastery and stone structures which have survived over the centuries despite being battered by the elements at the edge of the Atlantic ocean. 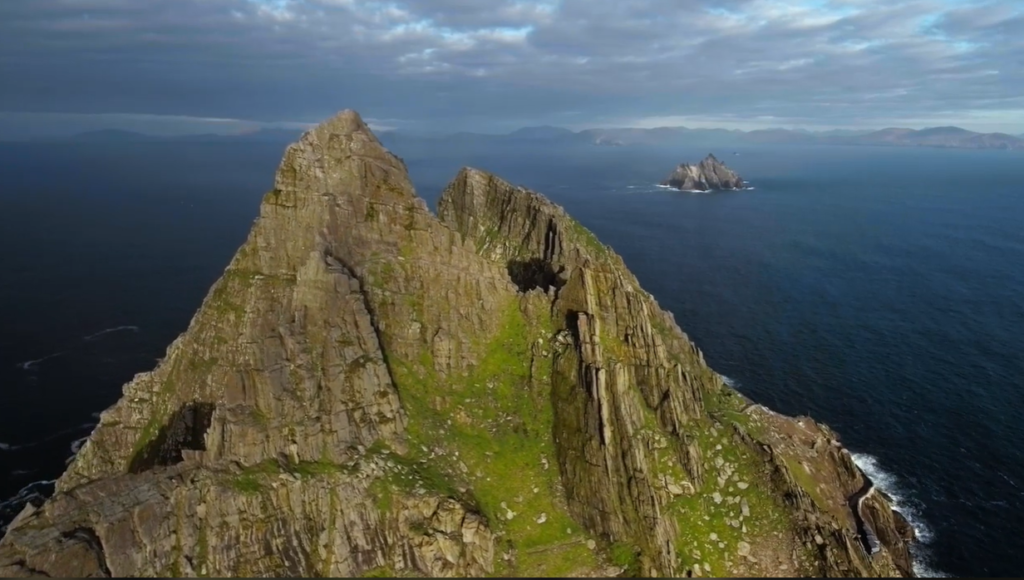 Skellig Michael is also a wildlife preserve home to hundreds of Puffins, who are so common that when  the Star Wars series was filming ,  producers were forced to create a new monster, Porgs, as they could not edit the animals out and could not interfere with their breeding grounds.

Now international travel magazine Big Seven Travel has named the historic site as one of the most beautiful movie locations in the world.

Travel writers took into account  the 'wow-factor' of the setting, its importance and impact on the scene, overall fame of the movie itself and unique features-- so it's no wonder Sceilg Mhichíl made an appearance.

Skellig Michael joins such iconic locations as Salzburg, as featured in 'The Sound of Music', Skiathos in Greece from 'Mamma Mia', and Matamata in New Zealand, aka Middle Earth from 'The Lord of the Rings' series in the travel magazine's list of the 50 most beautiful movie locations in the world. 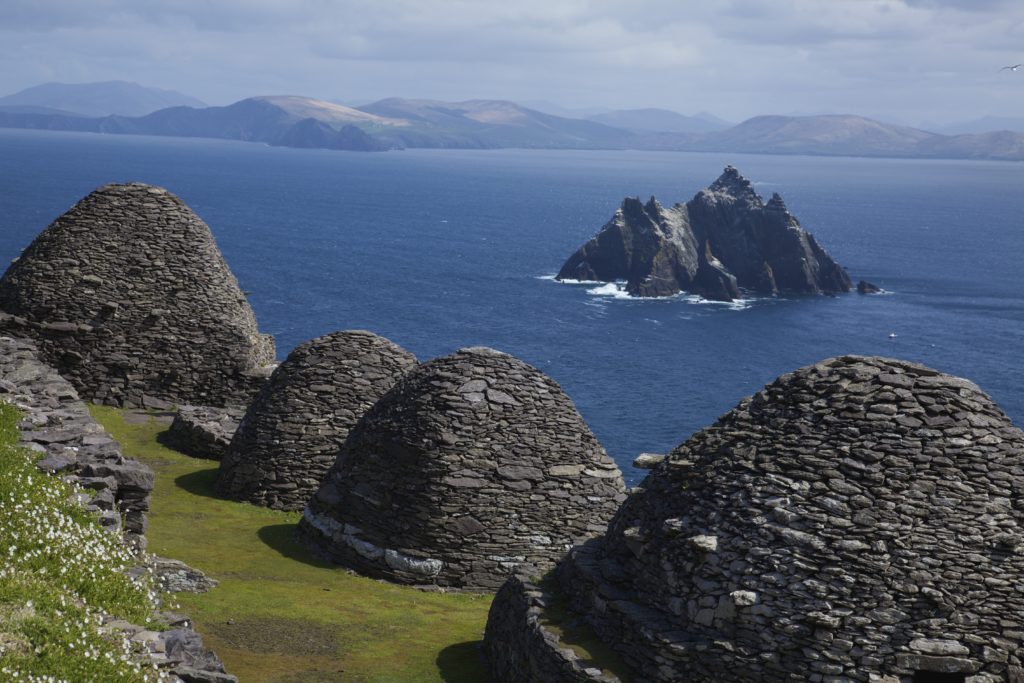 The prestigious magazine paid tribute to the wild and magnificent Skellig Michael as they named it the 38th most-beautiful movie location in the world, writing:

"Set on the remote island of Skellig in County Kerry, Skellig Micheal plays the role of other-worldly Ahch–To."

"The location first features in The Force Awakens, but it then plays a huge role in the latest instalment, as Luke Skywalker trains Rey.

"Despite its remote location, there’s been a huge surge in Star Wars-related film tourism. Thousands of aspiring Jedis make a pilgrimage to the Wailing Woman rock every year."

It is far from the first time that Big Seven Travel recognised Ireland's spectacular beauty-- just last week, a remote Irish beach was named one of the very best in the world, beating out strands in Fiji and Hawaii among others.

For the full list of the most beautiful movie locations in the world, you can visit the Big Seven Travel website here.