Their St Brigid’s Film Festival celebrates women filmmakers, with events being run in partnership with the Embassy of Ireland in London.

“We are delighted to be once again partnering with the Embassy to Ireland to bring you a celebration of women filmmakers with our St Brigid’s Film Festival,” the not-for-profit organisation confirmed.

For 2022, Irish Film London are presenting films at the Kiln Cinema in Kilburn as well as the Rio Cinema in Dalston this weekend.

On St Brigid’s Day itself (February 1) they will launch a month-long programme of short female-led films, which will include Q&As with the filmmakers and will be available exclusively via the Irish Film From Home online platform.

A UK exclusive, IFL presents this special advance preview of Here Before, ahead of its February release.

In her debut feature film, Here Before, Stacey Gregg has delivered a taut psychological thriller with supernatural undertones.

Laura (Andrea Riseborough), is a bereaved mother. When a family move in next door, their young daughter, Megan, quickly captivates Laura, stirring up painful memories of her own daughter, Josie.

As Laura begins to obsess about Megan, the line between the extraordinary and the real becomes ever more obscured in this haunting story about a mother's love. 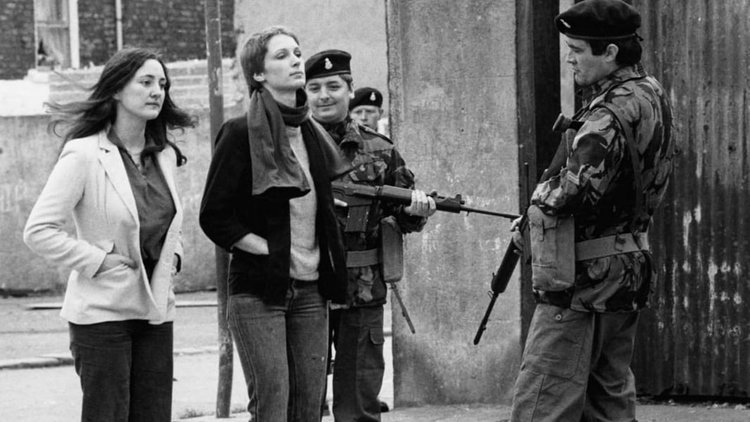 Maeve will be screened at the Dalston Rio

When Maeve was released in 1981, critics declared it "Ireland's first bona-fide feminist film".

Re-released in May 2021, Pat Murphy’s BFI-funded debut feature film features Mary Jackson playing the eponymous Maeve - a young Catholic woman who returns to her home in Belfast from studying in London, only to be confronted by antagonistic patriarchal powers that threaten to dominate her life: soldiers, police and her republican boyfriend.

The screening will be followed by a panel discussion about the film hosted by director of Birds’ Eye View, Melanie Iredale, with Christine Molloy (director, Rose Plays Julie) and Dr Emmie McFadden (academic at Sheffield Hallam Uni, contributor to notes for Maeve's recent BFI DVD re-release).

To coincide with the Embassy of Ireland’s Lá Fhéile Bríde celebrations on February 1, IF; launches a month-long programme of the best female-led short films from Irish Film Festival London 2021 on its Irish Film From Home platform.

With drama, comedy, animation and documentary films, there is something for everyone to enjoy.