Love/Hate's Killian Scott: 'I’ve been rejected for over 200 jobs'

KILLIAN Scott is recalling the phone call that effectively changed his life. “My reaction was one of the least graceful moments of my life,” he says of being told he had landed the role of Tommy in hit Irish series, Love/Hate.

“I basically ran around the house screaming, like that little girl in Little Miss Sunshine when she gets into the beauty pageant!”

British audiences have been gripped by the award-winning Irish crime drama since it was first shown on Channel 5 this summer and Scott is hugely proud to be a part of the show’s impressive cast.

“It feels fantastic to be honest,” he says. “To be involved in this show is such a privilege, especially so early in my career, so to see it spreading its wings and getting out there is great. I think as an actor, you really just want to do good work and for people to see it, and that isn’t always the case.

“So to have something I’m really proud of get a wider audience, it’s lovely. And the reaction it has gotten so far is really encouraging. It all really starts to kick off with season two, so the hope now is just that people stick with it.”

And Scott himself is glad that he “stuck with it” after numerous rejections and auditions that didn’t work out. It’s hard to believe now, but there was a time when life wasn’t quite so sweet.

“I was 24 when it started and it was my first professional job,” he says.

“How I got there is a long story but basically, I was just about to start my third and final year of training at Drama Centre when I sent out a bunch of letters and headshots, for the hundredth time, and luckily, the timing of it, one landed in front of Maureen Hughes.

“She called me in, I read for a bunch of different roles over a couple days but when we landed on Tommy, she was like, ‘This is it’.

Anyway, several sleepless nights followed before Maureen’s name started buzzing on my phone and she said, ‘You’ve got it. Now get home’.

The next day I left drama school, the day after that I signed with my agent and a week later I met Rob [Sheehan], Tom [Vaughan-Lawlor], Aiden [Gillen] and the gang and I guess we got to work. It was easily the most exciting few weeks of my life.”

Gritty is probably the best word to describe Love/Hate with its tales of gangland Dublin, a skilfully woven plot and believable characters. It grips you from the opening scene in the very first episode and you barely have time to catch your breath as the action continues at breakneck speed. All a bit like working on it, according to Scott.

He added: “The whole machine moves so quickly, it’s one major operation shooting something like Love/Hate, with limited time and money, but with a massive cast, a million locations and stunts. 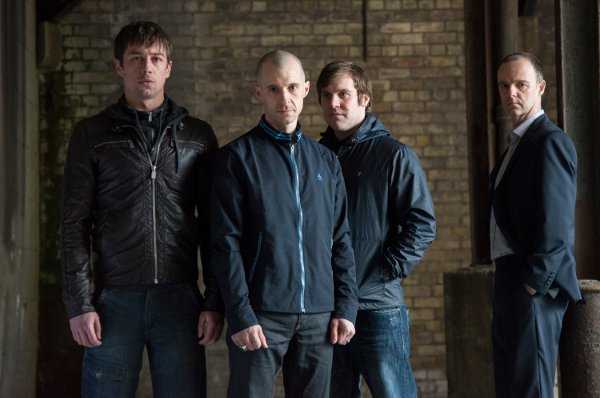 So, under all these pressures, it can only really happen if people get on. And we do. It’s a surprisingly light tone on set when you look at the kind of stuff we’re filming, but that’s dictated by two people — the director and the lead actor.

“And in this case that means David Caffrey [the director] and we’ve had a few leads at this stage but they’ve all been exceptional. I don’t even want to name names in case I give something away in the storyline.

But really with ‘Caffo’ there is an element of genius in the way he manages so many people under such pressure and yet with such calmness and kindness. It can be very intense, especially for the actors I think, but at the same time, that’s not necessarily a bad thing. It keeps us sharp.”

Scott describes himself as a “private person”, so how does he handle the kind of fame and recognition that has come his way since Love/Hate propelled him to prominence?

“I really am not overly comfortable with attention to be honest. Paradoxically I’ve noticed this is a pretty common trait amongst actors. You like to let the work speak for you, I think. But at the same time it’s important to accept that it comes with the territory if you’re lucky and get good work.

“Ultimately I have a good sense of humour about it and try and just go with it if I’m recognised or people want photos or whatever.

"I mean, in all fairness, in the grand scheme of things, if the greatest inconvenience of my life is that sometimes people want a photo or a chat, then that’s extraordinarily lucky. It really bothers me when actors complain about it.

"If you’re lucky enough to find success at a job that you love then I don’t think you have much right to complain, to be honest. But having said that, I’m also at the lower end of the scale in that regard!”

The cast and crew of Love/Hate work together for a set period of time once a year, so Scott has been keeping busy with other projects and auditioning for roles regularly. He enjoys playing the guitar and reading American fiction (Salinger, Faulkner and Steinbeck — not the kind of work you would associate with his TV character Tommy!).

He added: “Over the next year I have a few films hitting the cinemas and they’re all projects I’m really grateful to be associated with, to be honest. Other than when I’m between jobs I’m auditioning pretty constantly.

"Acting is very much my life, but acting is what I want to do so to be able to say that is a really fortunate thing. But I’ll be found out soon enough no doubt!”

Scott says that his childhood/teenage aspirations ranged from wanting to become a basketball player to an astronaut to a musician, but acting made him realise he could be all of those things. 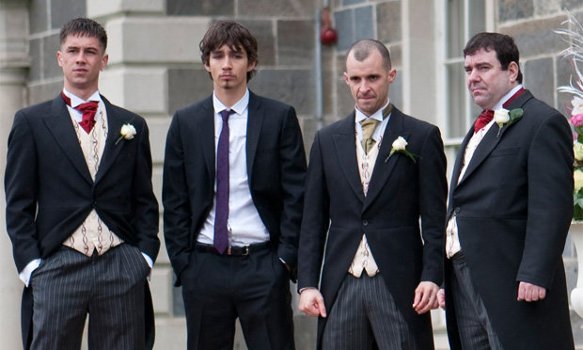 He acknowledges that music is always there, in the background, an ambition that gets louder each year. And he’s loving being back in London.

“I’m just back after a lengthy period away filming so I love it. There’s a great mix of life here so it’s never dull.

Of course it can be challenging because it’s so big and home is home, and you miss a certain ease and familiarity at times, but I’ve lived in London on and off for five years now so I feel comfortable here.

And I’ve got a good set of Irish mates here, along with my Drama Centre gang, so it’s a good set-up.

“The plan now is more auditions, locking down the next job. And finding somewhere to live would probably be a good idea as well.”

He is part of a rising group of hugely talented young Irish actors making a name for themselves. I ask why he thinks our country keeps on producing quality actors?

“I don’t really know. My old acting teacher, Annie Tyson, once said to me that the Irish just have a natural connection to a kind of energy you need to be an actor. We have a direct line to our emotions, that kind of thing.

“But it’s true to say that there is a serious crowd of talent coming up through the ranks. The amount of actors I know who are uniquely and elaborately talented regularly stops me in my tracks.

"I think there are a lot of young Irish actors who are going to make some serious noise and many of them are in or have been in Love/Hate.”

He reckons the best film he has seen all year is Pilgrim Hill, a fascinating movie about a drink-driving conviction and its consequences, filmed on location in Co. Kerry and directed by Gerrard Barrett (“If there was one person to watch in the Irish film industry it’s Ger, an absurdly talented individual”).

Dealing with rejection and responding well to it is the key to cracking the acting world, according to Scott.

“I think if you identify acting as something you want to do then you should go for it, unapologetically, and forget about what anyone else says or thinks.

“I’ve been rejected for over 200 jobs. I’ve gotten about eight. It’s a tough gig but if you really want it, have an open mind, write to everyone and try and get in as many rooms as you can.

"Then I think it’s only a matter of time. It’s not easy so be kind to yourself and let things take their course.

"And if the day comes when you throw in the towel, well only you will know when that is, but you can only find out by giving it a real shot. So go for it.”

Season four is currently on air on RTÉ Two in Ireland