THIS IS Galway as you've never seen it before.

(Unless you've ever attended the Galway-based anime convention Akumakon, that is.)

A Japanese anime series which aired between 2010 and 2011 has gained renewed popularity after a tweet by Motherfócloir, a podcast dedicated to Irish culture and language, reminded people that this unique show exists-- and that it is set on the Emerald Isle.

There’s many, many examples of Irish culture in anime but Fractale (2011) is interesting because it’s actually set in a 22nd century version of our tiny little country (Galway to be exact) pic.twitter.com/i2zNNURoYu

Fractale, a series set in 22nd-century Ireland, takes inspiration from the Irish countryside, with some scenes set alongside iconic stone walls-- a staple in the West in particular. 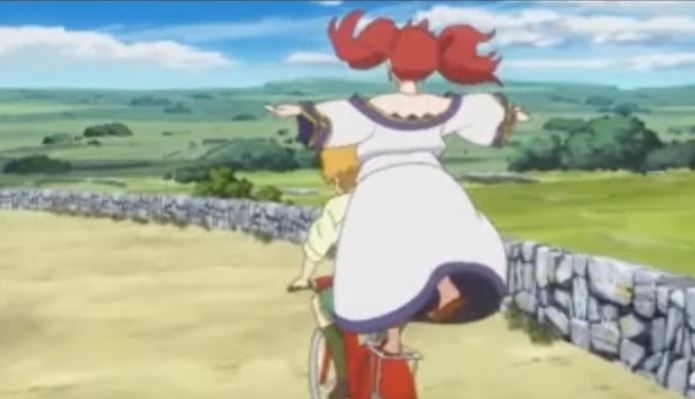 (A scene from the Fractale anime)

The little-known and underrated series also takes direct reference from several recognisable spots in Galway city, such as Shop Street and the city canals; places which will be familiar to anyone who has ever lived in or visited the area.

Back in 2011, boards.ie user and Fractale fan Sairus posted comparisons between the anime setting and actual spots in Galway city.

The dedicated team behind the anime studied everywhere from the city's trademark canals, to Shop Street...

...the Crane Statue on Mill Street...

And even Mill Street Garda station!

Fractale kept as close to the truth of Ireland as possible (Despite the anime taking place inside a virtual reality world), even going as far as keeping Garda cars. 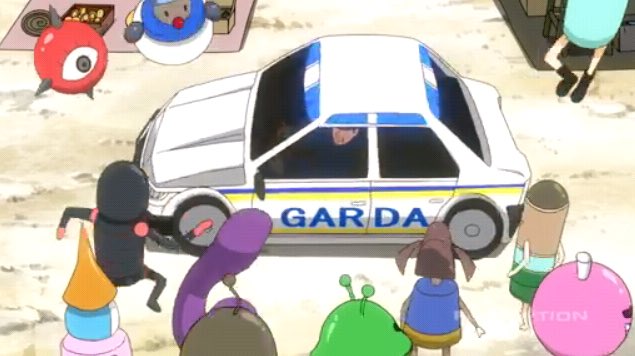 (Screenshot from an episode of Fractale)

And the show's ending theme for each episode is nothing other than English/Japanese song versions of Irish poet William Butler Yeats' Down by the Sally Gardens.

Shortly after the anime's original release, a group of Gaeilgeoir fans grouped together to create a fan-made Irish dub of the first episode, which was shown at Galway's Akumakon convention in 2012.

Speaking at the latest Akumakon event last weekend, director of Fractale Yukata Yamamoto is said to have told audiences that Galway is one of his favourite places in the world-- and who can blame him?

The trailer for the Japanese-created, Galway-based anime can be viewed below, and if you're interested in seeing more of the show, you can buy the 11-episode boxset on Amazon here.