FACING Jude Law in rehearsals every day is understandably nerve-wracking for any young actor.

When you are ‘not sure’ just why Michael Grandage has cast you in a role opposite the man whose star turn in Hamlet in London in 2009 saw every seat sold for every performance, it is possibly terrifying.

But for Irish actress Jessie Buckley such nerves are exactly what she expects as she falls into the spotlight at the Noël Coward theatre, where Henry V with Buckley, Law and a host of other actors opened this week.

In action in one of Shakespeare’s ‘greatest’ plays, with one of Hollywood’s hottest actors, while under the direction of London’s most highly acclaimed Director, the 23-year-old is nothing but honest when she claims she ‘feels very lucky’.

“This is one of Shakespeare’s greatest plays, with some great characters and it was something I wanted to be part of,” the Kerry-native, who found fame in the BBC’s I’d Do Anything talent show in 2008, explained.

“My part, Princess Katharine, is an outspoken, powerful and strong woman, so for me, any opportunity I get to play the strong woman is exciting and you can learn from.” 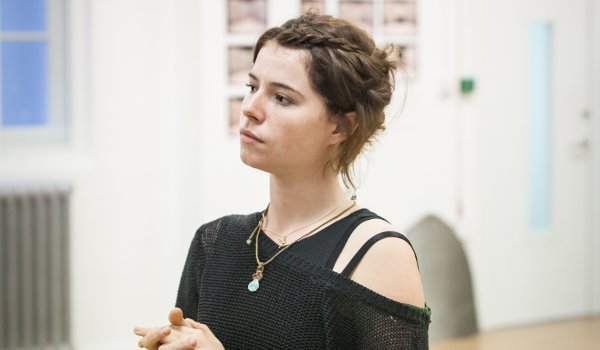 She added: “I have no idea what made Michael cast me, of course, I feel like if I was conscious of what it was I probably wouldn’t be there.”

But the young star is soaking up everything she can from her experience on stage in London with some of Britain’s industry greats.

“I knew there would be fantastic actors involved in this piece and at this stage of my career I’m all about the experience of surrounding myself with really great people and learning from them,” she explained.

“For me it’s about growing as an actor and there is no better place to be to do that – I get the opportunity to work with Michael and Jude – so it ticks a lot of boxes, to say the least.”

For the young star her role in Henry V, which runs until February, brings her to the close of an exciting theatrical year.

In January she graduated from the Royal Academy of Dramatic Art, before spending the summer playing Miranda in The Tempest at Shakespeare’s Globe.

“When I first moved to London I had just turned 18 and the offers for me then were in musicals,” she explained.

“Of course musicals have been a part of my life since and I am sure will be again in the future, but right now I am enjoying what I am doing as I really love Shakespeare.”

She adds: “I feel really lucky that the two jobs I have since I left RADA this year have been in The Tempest and now in Henry V with Jude and Michael.” 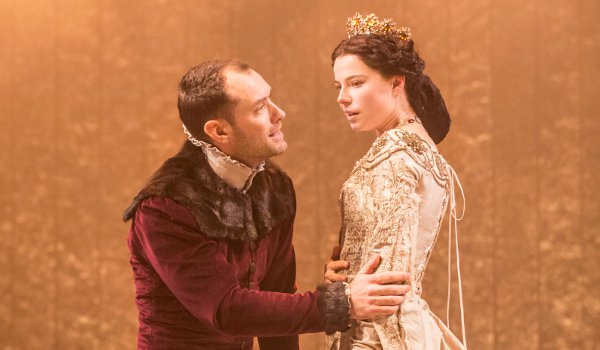 But that excitement has been equally balanced with nerves, the actor admits.

“The way Michael works you get up in rehearsals and go for it, which is exciting and terrifying at the same time.”

“You definitely go through points of calling your mum or your agent and saying ‘I am going to be horrendous in this’ and ‘what has he done, he has made a mistake’.

“But if I didn’t have rehearsals where I felt like that at some point I think I would be even more nervous about it.”

Weighty performances are expected all round in Grandage’s revival of Shakespeare’s historic piece, which depicts the rule of King Henry V in England during the Hundred Years War.

It also marks the final instalment of his 2013 five-play season at the Noël Coward Theatre, which included Privates on Parade, Peter and Alice, The Cripple of Inishmaan and A Midsummer Night’s Dream.

Its grand finale sees Law – who worked with Grandage on Hamlet at the Wyndham’s Theatre for the Donmar Warehouse in 2009 – follow where the likes of Timothy Dalton and Kenneth Brannagh have gone before in the title role.

But it has also seen him become something of a father figure for Buckley and other members of the cast.

“The wonderful thing about Jude is that he is one of the most approachable, unassuming, hardworking people I have ever met,” Buckley admits.

“Before we started I was a little nervous about it, but Jude is genuinely such an open and lovely guy and so exciting and playful. He has the curiosity of a child, which is just so thrilling, and he massively puts you at ease from the word go.

"He even comes around beforehand to wish everyone a good show.”

Henry V runs at the Noël Coward Theatre in London until February 15.

From the archive: 'I find Ireland an extraordinarily warm place to live' - Angela Lansbury