EARLIER this year we launched our annual Listowel Writers’ Week competition to find the best Irish literary talent in Britain.

We asked you to send us original short stories and poems with an Irish theme.

You did, and now our judges have picked their 2017 winner – London Irish woman Judy O’Kane.

Ms O’Kane wins €500 plus a trip to the prestigious Listowel Writers’ Week (May 31 - June 4) where TV presenter turned author Graham Norton will be among the star guests.

Her winning entry The Sea, published below, will also feature in the official Listowel Writers’ Week brochure.

Congratulations to Judy and thanks to all those who entered and to our sponsors Aer Lingus and Budget Car Rental Ireland.

Where are you originally from?

I’m from Ballymena, and grew up near the Glens of Antrim. We had a view of Slemish and made the pilgrimage on St Patrick’s Day.

Tell us a little about your creative background?

I’m fairly new to literature. In 2009 I took a sabbatical from partnership in Dublin, I am a solicitor by profession, and did the 12-week cookery course at Ballymaloe.

I became fascinated by wine and worked the 2009 harvest in Bordeaux. I left partnership in 2011 to do an MA at UEA in Norwich. I’m finishing a PhD there now.

I have spent the last few years taking wine exams from the Wine and Spirits Education Trust in London.

My first published poem, The Silverado Trail won the Listowel Writers’ Week Original Prize in 2015. It was based on a trip to Napa, where Robert Louis Stevenson spent his honeymoon.

I’m working on a non-fiction book, Thirst, which explores wine’s sense of place. The book is an exploration of those notions of where we are from, where we make our home, where we can survive.

Strangely, Ireland is central to that work. Thirst was shortlisted for the Tony Lothian award (for first uncommissioned biography) by the Biographers’ Club in London last year, so I feel like it already exists.

I live in London Bridge. London is incredibly inspiring: it feels like living in the middle of the world. I’m a half hour walk from the Poetry Library and there are readings on all over the city.

The Irish Literary Society, which WB Yeats founded, hosts readings in the Bloomsbury Hotel every month, so I have a chance to meet other writers.

Scroll down to read the winning entry...

Is writing a full time career?

I write full time. I attend wine trade tastings and contribute prose and poetry to The World of Fine Wine, and Alquimie, a quarterly based in Australia.

I’ve written a few pieces for the Irish Times, including two as part of the Generation Emigration series. I also teach advocacy at the Blackhall Place at the Law Society of Ireland.

I’ve taught creative writing for the last few years in London and I’m surprised at how much that has fed into teaching law students to construct an argument, how to present a case, how to hold the court’s attention.

What inspired your entry?

I worked in the Chief State Solicitors’ Office in Dublin in my late twenties. The work was incredibly interesting and politically sensitive and my cases often appeared in press.

I was walking the pier at Dun Laoghaire one evening in the middle of a really heavy case when a father passed taking his young daughter by the hand.

I overheard their conversation as they watched the ferry pull out of the harbour. I was taken by her innocence, and when she asked ‘Is England big?’, I wished for that moment that I was her age, with everything still ahead of me.

I’ve been thinking a lot about exile since I’ve lived in London, and the poem is an attempt to reflect that sense of a country’s loss.

Eavan Boland was reading from her poetry at the Embassy a few weeks ago and she talked about how the diaspora is part of
the nation, and that’s something that’s been on my mind a lot.

What makes a country and what’s included within its borders.

What does it mean to you to be The Irish Post Listowel Writers’ Week winner for 2017?

I’m delighted, thrilled. Ambassador Dan Mulhall said that London is the most important Irish city outside of Ireland.

It’s such a privilege to live here, where there is such a rich heritage. I’m still learning.

Who are your literary heroes?

When I came across Dervla Murphy’s work, I read her books back to back, as though I was lighting one cigarette off another.

I love Molly Keane and Elizabeth Bowen. We read Seamus Heaney at English A Level and his work continues to speak to me.

The Home Place in Bellaghy makes his poetry so accessible and it’s a great tribute to the man.

I’m reading from my work at Guernsey Literary Festival on May 10. I have poems displayed on the buses as part of the festival, including Monkfish about the fishermen I watched from my window in Ballycotton.

I’m reading at Ballymaloe LitFest on May 21. At the end of the month I’ll be returning to Listowel Writers’ Week. 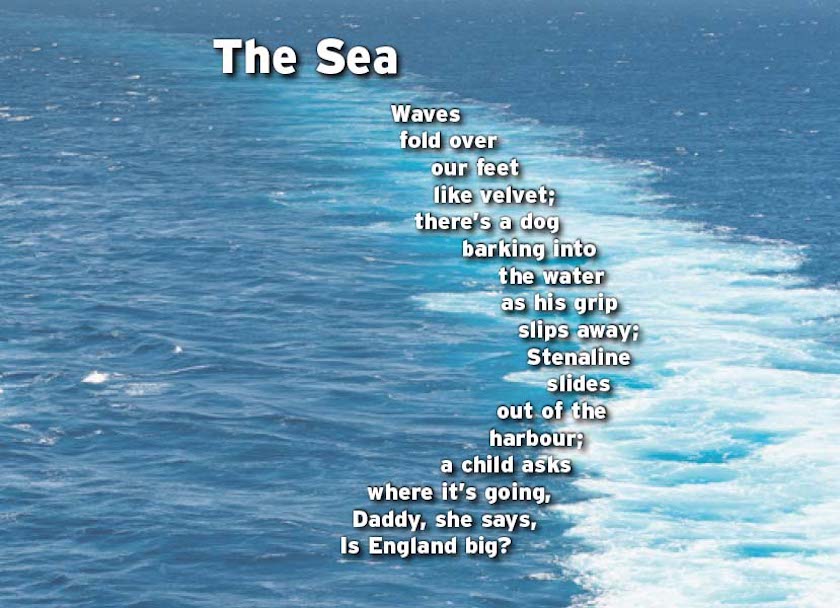 Aer Lingus, Ireland’s only 4-Star airline, operates more than 30 routes between Ireland and UK across its mainline and Aer Lingus Regional services with fares from Britain to Ireland starting from just £19.99 one-way.

Now flying to 11 destinations in North America including Los Angeles, Miami, Washington and Toronto, Aer Lingus connects up to 16 key UK airports to North America with a seamless transfer at Dublin airport where guests can enjoy the benefits of preclearing US immigration before they step on board their flight, avoiding lengthy delays upon arrival into the States.

Fares from Britain to North America start from £229 each-way.

Operating as a franchise of the global Budget brand, customers know to expect friendly and efficient customer service and great cars provided at the right price.

Budget has a full range of manual and automatic cars available for hire. We have a nationwide network of offices including Dublin, Cork, Galway and Belfast.

Siobhán Breatnach is a digital and print journalist with over 10 years’ experience working in regional and national press in Britain and Ireland. Originally from Co. Waterford, she is a University College Dublin Law graduate and holds an MA in Journalism and Society from the University of East London. A former Irish Editor for the Daily Star Sunday in London, she is also a guest lecturer in Journalism at the School of Arts and Digital Industires at UEL. A native Irish speaker, she began her career as a news reporter with the Sligo Weekender and has featured in TV and radio broadcasts for TG4, RTÉ and UTV, among others.

Joe Horgan was born and raised in Birmingham of Irish parents and now lives in Cork. As an award-winning poet his work has been published in Ireland, Britain and the US. He has also written a weekly column for The Irish Post since 1999.
A past winner of the Patrick Kavanagh Poetry Award he is the author of four books — one of which was serialised on RTÉ Radio One. He is a Contributing Editor at The Bogman’s Cannon and has been a featured reader at the Cork International Poetry Festival.

Anne Marie Scanlon is an Irish writer and journalist who has contributed to publications in Ireland, Britain and the US including The Sunday Independent, The Telegraph, The Evening Herald, Woman & Home, Essentials, Image, Woman’s Way, Prudence and The Irish Post, as well as broadcasting on RTÉ, the BBC and radio and TV in America. Anne Marie is the author of It’s Not Me… It’s You! (A Girl’s Guide to Dating in Ireland), has contributed to several anthologies including last year’s What I Wish I’d Known: The Truth About Motherhood and is co-founder of The Mammy Monologues.