A concert-goer enjoys a non-socially distanced outdoor live music event at Sefton Park on May 2, 2021 in Liverpool, England during the UK's series of 'pilot' events testing the safety of mass gatherings

THE IRISH public could be watching live music much sooner than anticipated under new plans being considered by the Government.

According to The Sunday Independent, Minister for Culture Catherine Martin has been in contact with stakeholders in the live music industry, including MCD's Denis Desmond, to discuss the return of live music in a safe manner.

Early July has been highlighted as a potential time for a return to mass gatherings, particularly concerts, with a range of measures, including Covid-19 testing, on the cards to ensure audience safety.

Daily case numbers and hospitalisations would need to remain stable in order for the plans to go ahead, and the government is said to be closely watching the results of 'Covid-safe' pilot events in Liverpool , after a club night and concert took place in the English city in recent weeks.

Those in attendance-- over 3,000 at each event-- had to take supervised lateral flow tests and receive a negative result 24 hours before entering the gig, receive a negative PCR test on the day of the event and again a few days after the event, in order to trace if the virus had spread. 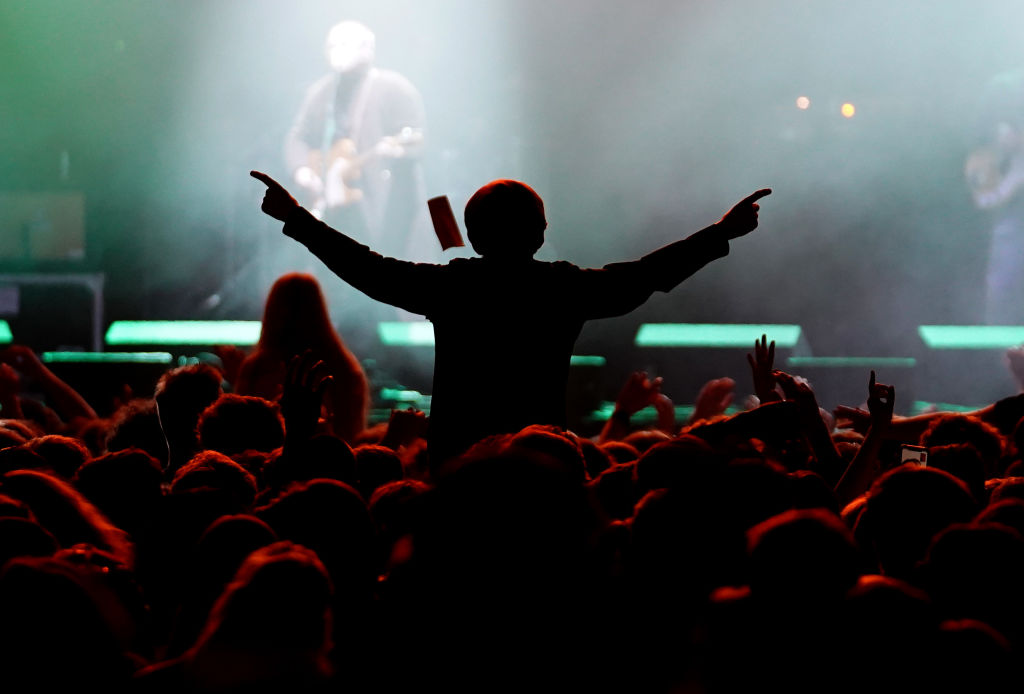 LIVERPOOL, ENGLAND - MAY 02: A concert-goer enjoys a non-socially distanced outdoor live music event at Sefton Park on May 2, 2021 in Liverpool, England. The event is part of the national Events Research Programme, which will provide data on how events could be permitted to safely reopen as restrictions ease during the Covid-19 pandemic. (Christopher Furlong/Getty Images)

Festival Republic hosted the outdoor festival concert in Liverpool last week, and is in talks with the government about hosting a similar event in Ireland, The Sunday Independent revealed.

A government source told the outlet that plans are in motion to host a number of 'Covid-safe' pilot events, both indoors and outdoors, across the country in the coming months, with discussions ongoing surrounding issues including social distancing and mask-wearing at the events.

Similar discussions are ongoing in relation to audiences returning to live sports fixtures.

A source told the outlet: "The pilot events will depend on the venue selected, capacity and where we are from a health situation.

"It’s complex — everything from planning, crowd management and delivery of the sporting or music event must be considered."