HE has yet to turn 40 but actor Jamie Beamish has already ticked off more than half of the goals on his career bucket list.

At 39 the Co.Waterford native has now lived 16 years in London, most of which he has spent treading the boards of the capital’s theatres.

Working consistently since 2003 – after arriving in 1999 to attend drama school – he has performed at The Globe, the National Theatre, the Royal Shakespeare Company and the Donmar Warehouse and claims he is fully aware of how “lucky” he has been.

“When I first arrived in London I remember working at the front of house bar at The Lion King and I’d walk over Waterloo Bridge every day and see the National. I’d say to myself ‘someday, I am going to be on that stage’,” he told The Irish Post this week.

“A few years later I was there,” he added, “which was fantastic.” 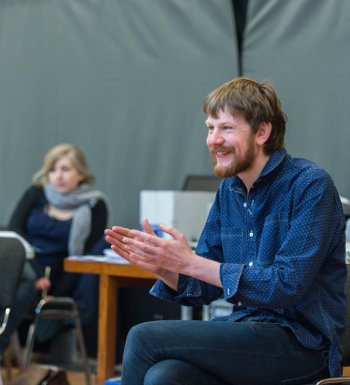 Director Simon Godwin is directing Beamish in The Beaux' Stratagem, which opened at the National Theatre this week

“Really, after about 18 months of no work after finishing drama school, I haven’t really stopped working here since 2003,” Beamish reflected.

“That’s the year that things turned around for me here in the theatre.”

The in-demand actor, who has just finished a stint in Othello at The Globe, is now to be found back at his beloved National Theatre, where he is currently playing French priest Foigard in Simon Godwin’s take on Irish playwright George Farquhar’s 18th century romp The Beaux’ Stratagem.

And despite winning roles that have brought him to the large and small screens – Beamish starred in the 2014 film Love, Rosie and also in Channel 4 sitcom London Irish in 2013 – he is never happier than when on the stage.

“I love theatre,” he admits.

“I have done a few movies and television stuff, and they are great, but there is nothing like the theatre for me, and nothing like the National Theatre in particular, it’s one of the best theatres in the world."

So with a steady stream of work in the medium he loves best, in the city which has now become “home”, the actor is understandably pleased with his lot.

“There’s always more to do, of course there is, but I have to say I am under no illusion on how lucky I have been since coming over.

“I came to London in 1999 to go to drama school and when I first left drama school I had a year or 18 months with no work at all,” he explains.

“But then I got this small singing role at the Greenwich Theatre and I was spotted there. I was offered a job and have been working pretty consistently since then.

“And this is London - it’s the theatre capital of the world, it’s a fantastic place to be,” he adds.

“I have a theatre bucket list and I can’t believe that I can say I am turning 40 next year and I nearly have the list all ticked off. The Globe, the National, the Donmar, the RSC, all this stuff, it’s amazing to have played them all at this stage. In fact lucky is the right word I think.”

He does have a few career goals left to tackle, however, with Dublin’s Abbey Theatre at the top of that list. 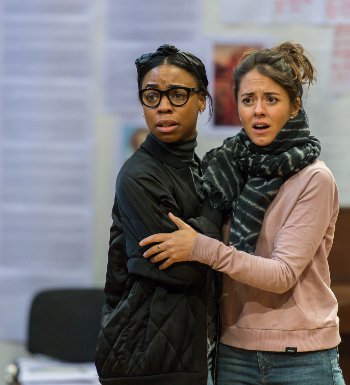 “There are things still to achieve on that bucket list of course,” he claims, “the Royal Court Theatre in London is niggling at me, as I’d love a shot there. Also I have never properly worked for the Abbey Theatre in Dublin – although I have been on a world tour which stopped there.

“That’s our national theatre and definitely there’s a bit of me saying someday I would love to do that. With our heritage and all the history that goes with it, that’s definitely on the list.”

But until that chance comes along Beamish is happy to continue honing his craft in London, where he lives in Peckham with his long-term girlfriend.

“London is home, this is where my career is, my life is here and has been with for a long time,” he explains.

“The opportunities have been here for me I guess. It’s a weird one, as I miss home and I go home a lot, but I have always felt coming back to London was what I needed to do. And now that I am here a while – and like to think I am a bit older and wiser with it – I feel like I have made something here, people know your name and I get seen a lot more than I ever did back in the early days.”

Catch Jamie Beamish in The Beaux’ Stratagem at the National Theatre from May 19 until September 20. For tickets call the box office on 0207 4523000 or click here