AFTER two decades of writing novels and nearly as long spent parenting, Maggie O’Farrell has released her first children’s book.

But her debut in the world of youth literature is no ordinary affair.

The multi-award-winning Northern Irish author enters this new genre with the exquisite Where Snow Angels Go – a beautifully illustrated modern day fairy tale boasting magic, mystery and miracles that is as delightful to hold and look at as it is to read.

It marks the first time the mother-of-three has written a book for the younger generation and also the first time she has collaborated on one of her titles – with the immensely talented illustrator Daniela Jaglenka Terrazzini responsible for the captivating imagery which nearly hops off the pages as you read them.

The writer describes that partnership as an “arranged marriage I was very lucky to have”.

“Daniela’s pictures are so beautiful that every time I look at them I just see more and more,” she adds. 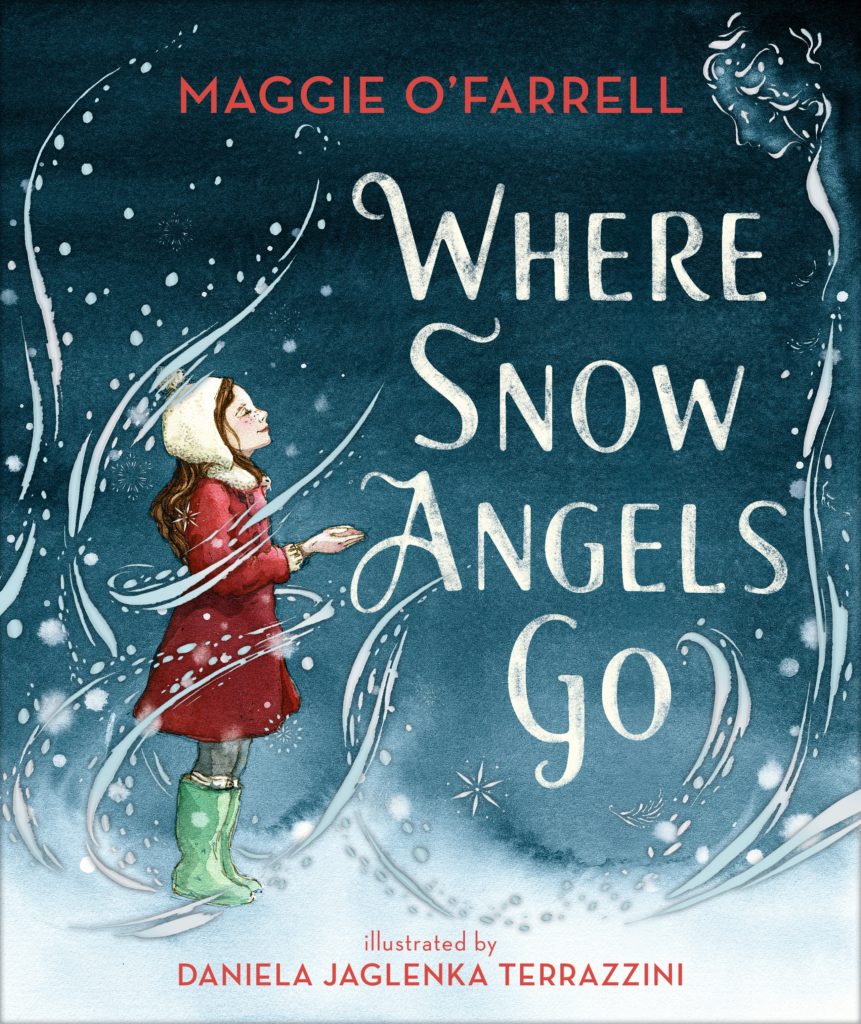 Despite the two-handed approach to creating their enchanting picture book, Where Snow Angels Go remains a very personal story for O’Farrell, one borne out of the bedtime stories she enjoys with her children.

“The snow angel is a story that I made up for my children, slightly off the cuff to begin with,” she told The Irish Post this week.

“Then I went away on a book tour, it was September 2017 and I was away for a couple of weeks, so I was sending them a letter every day and in some of the letters I wrote a bit more about the snow angel, I sort of developed it into a proper story.

“When I got back my daughters had all the letters and they said ‘we really want this to be a proper book with pictures’.

“So I thought maybe I could try and make that happen, obviously I needed a lot of help with the pictures, because mine were not going to cut it.”

O’Farrell, who hails from Coleraine in Derry, but lives in Edinburgh with her husband, fellow novelist William Sutcliffe, and their three children - a son aged 17 and daughters aged 11 and 8, would spend three years making her daughters’ dream come true.

There was a lot to consider, as the snow angel is an important symbol in the best-selling author’s household.

“The snow angel story I would tell my kids originated from quite a sad place really,” she explains.

“One of my kids has quite a severe medical condition, she is very prone to anaphylactic shock.

“One of the symptoms of anaphylactic shock, probably one of the lesser known ones, as everyone knows about the swelling lips and wheezing, is that your heart rate dips and your blood pressure lowers and you get really, really cold so you feel freezing and shivery.

“The interesting thing about trying to help young children who are suffering or in danger is that you have to find a way to explain to them what is happening which isn’t too frightening,” she adds. 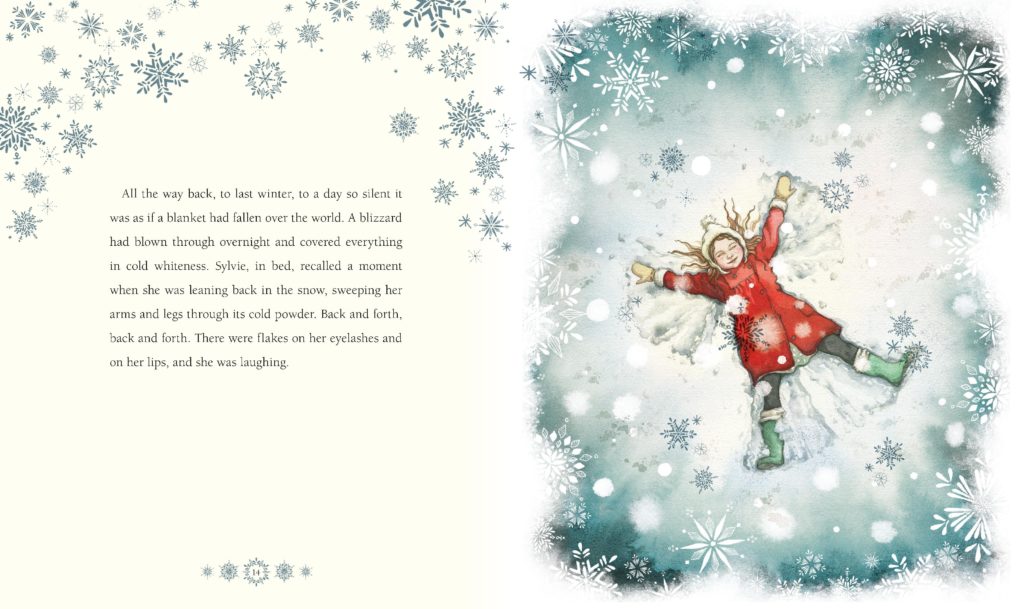 “And what I found with her, because being a parent teaches you all kinds of things, but one of the things it has taught me is that to explain something difficult to a young child it really helps to make up a story, to kind of create a metaphor for what it is that is happening to them, so they are able to look at it from a distance in a sense.

“So it was one of the things I said to my daughter totally out of the blue - we were actually in an ambulance and her teeth were chattering, she was freezing and she was very frightened, and so was I actually, but I was hiding it.

“And that’s just where it came from, it was to stop her being frightened.

“I said ‘he is right with you and he is wrapping his wings around you, but he is here to look after you, that’s why he is here. It’s not a bad thing that you are cold, it’s a good thing’.

“So it just came from that and she just wanted to know more, she was quite intrigued by this idea.”

The idea stuck in O’Farrell’s home, with all three children enjoying listening to their mother tell stories about the snow angel as time went on.

“So we continued the story, and if we were ever in hospital or if there was ever a cold breeze or something the kids would be like ‘ooh, it’s the snow angel’,” O’Farrell adds.

“It’s a kind of symbol that became part of our household.”

That meant when the author sat down to transform the family bedtime story into an actual book, the pressure was truly on.

Of course O’Farrell is well versed in the art of writing. 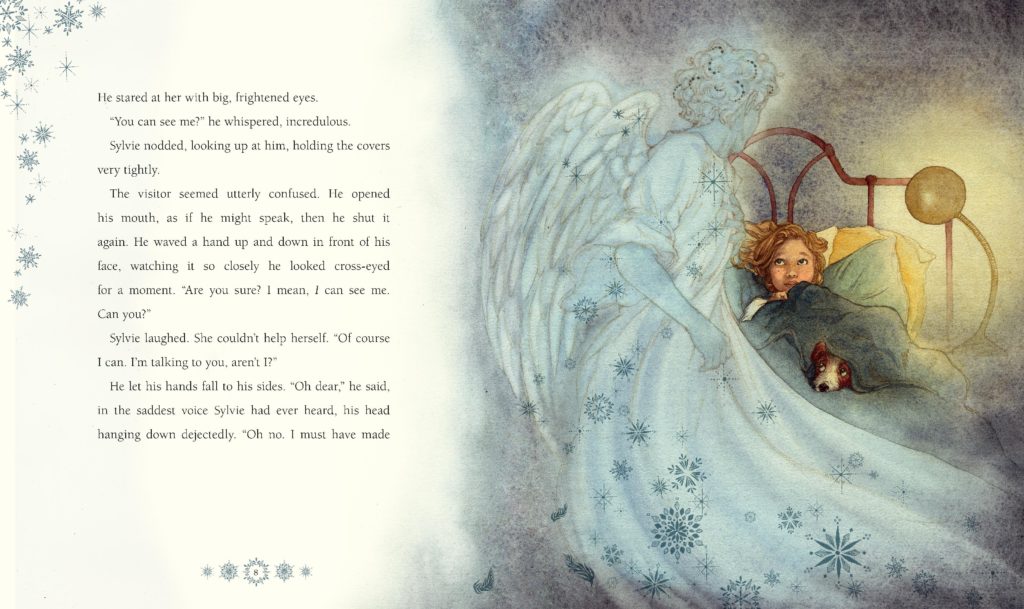 The author hopes her book will provide some comfort for children

Her debut novel After You’d Gone, published in 2000, won international acclaim and the Betty Trask Award.

Her most recent, Hamnet, published earlier this year, won the Women’s Prize for Fiction in September – an accolade the author claims she “was not expecting at all”.

“There was not one part of me that thought it was possible,” she insists, “it was such a strong shortlist, incredible books, huge variety and diversity, different timeframes, different geographies, so actually being on the shortlist felt like enough for me, it was so much of a gift.”

There were six more novels and a memoir released in the years between those two titles, and more awards to boot, but no children’s book, until now .

So how did she approach the challenge of writing for that very specific genre?

“It’s totally different to writing novels, and I really didn’t have any idea of whether I could do it,” she admits.

“There is no guarantee at all that just because you can write a novel for adults, that you can write for children – it’s a very specific skill.

“Really, I suppose I just pictured my own children, I was just telling them.”

She explained: “The story developed into all kinds of things, all three of the children have got parts of their childhood in it, and things that happened to them are woven into the story.

“In fact, my youngest child, when she looks at the book, she likes to fast forward to the pages to find the bits that are about her.”

She added: “It was an interesting exercise actually, because you have to be very careful about narrative, because it’s a very different blend and a different shape, also language – you have to use language that children understand, but at the same time I didn’t want to talk down to them.

“I always remembered when I was writing it how Beatrix Potter uses incredibly sophisticated vocabulary.

"In the Flopsy Bunny story she uses the word ‘soporific’, and I remember having that story read to me as a child and I probably had no idea what it meant, but you can kind of guess from the context.

"So it is that interesting balance, writing something that is comprehensible but not patronising or talking down.” 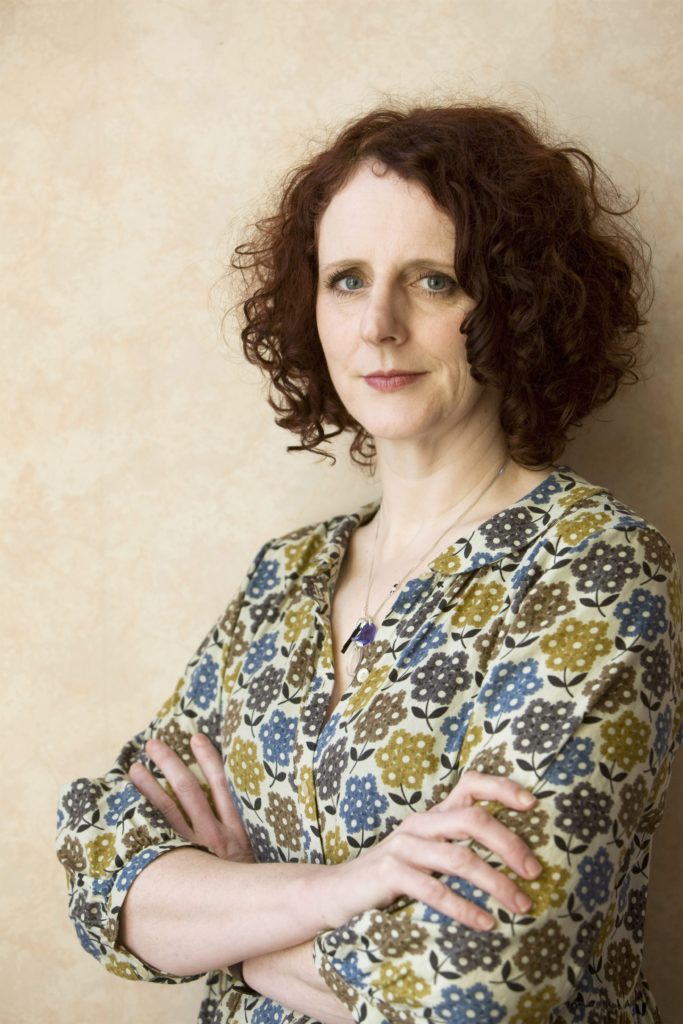 O’Farrell also hopes that by keeping the snow angel’s role in the book one of providing safety and reassurance it may help her young readers to deal with challenging situations.

“Its not specifically about allergies,” she explains of the story’s underlying message, “it’s about any situation of risk or danger that a child might find themselves in.

“So it’s universal, children are – especially at the moment – dealing with quite difficult and challenging situations, so we need to read stories that give us a roadmap for life,” she adds.

“They give us an example of how to respond in a certain situation or how to deal with a certain set of circumstances.

“The books I really like to read, and read to my children, are the ones that build resilience and expand your experience of the world, so I hope that the snow angel can do that.”

And while she awaits feedback from her new younger reading audience regarding her latest work; she is already working on her next offerings.

“I loved writing this book, and I’m doing another children’s book,” O’Farrell confirms.

“I have done a first draft of that, at the moment it will be a separate one to the snow angel, although I may revisit that at some point,” she admits.

“The snow angel was dedicated to one of my daughters, so the other one wants one for her - I have to write this one for her now to even things out.

“My son is not that bothered as far as I know,” O’Farrell adds, laughing. 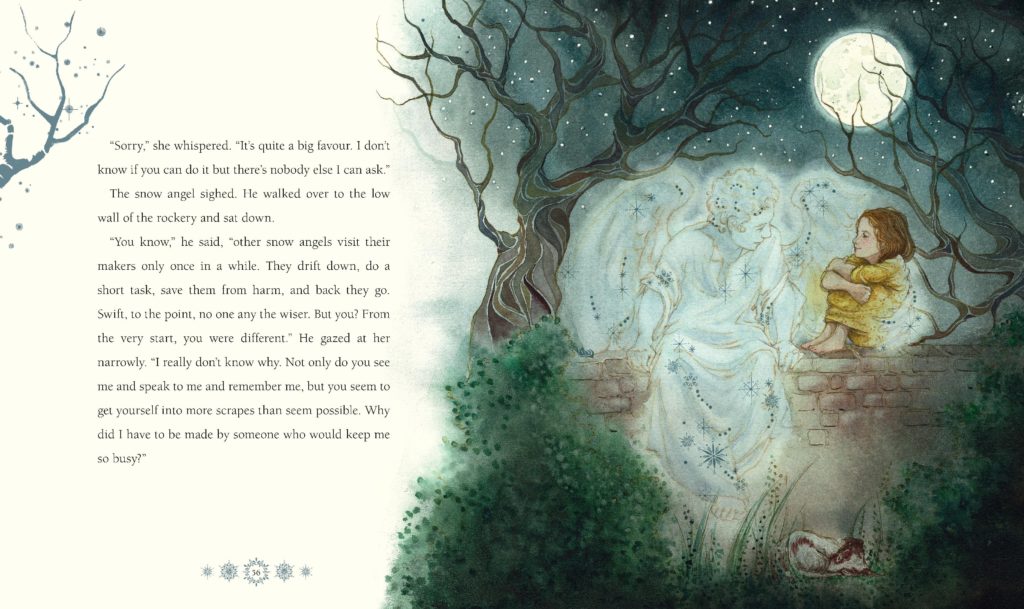 O'Farrell is already working on her second children's book

But the author is not abandoning her adult fanbase entirely – as she has a new novel in the works also.

“I’ve started my next novel,” she reveals.

“I can’t tell you about it as I am very superstitious about talking about things I haven’t finished yet.

“All I can tell you is that it is set in the past.”

So to all of O’Farrell’s fans, big and small, watch this space.

Where Snow Angels Go by Maggie O’Farrell and illustrated by Daniela Jaglenka Terrazzini, published by Walker Books, costs £14.99. Available from bookstores and online stores including www.amazon.co.uk