WHEN Mary Coughlan hit 60 she found herself recovering from a heart attack rather than celebrating the milestone as she had planned.

She later decided that 2020 – the year she turned 64 – would instead be the one where she would do something “big”.

The Galway-born singer wanted to record a new album, which she planned to release on her birthday (May 5), and she was going to call it 64.

Just one of those things happened.

Working with song-writer and producer Pete Glenister, the pair wrote and recorded her new album in London’s No Name Studio in the summer of 2019.

Finished this year, Covid-19 restrictions meant it wasn’t ready for release until last month and its title became Life Stories.

Speaking to The Irish Post this week, shortly after its release, the Shantalla native admits she is pretty excited about it.

“The feedback has been great,” she admits, “you should see the reviews”.

“That does feel good,” she adds, “[artists] say they don’t care about the reaction but we really do you know.” 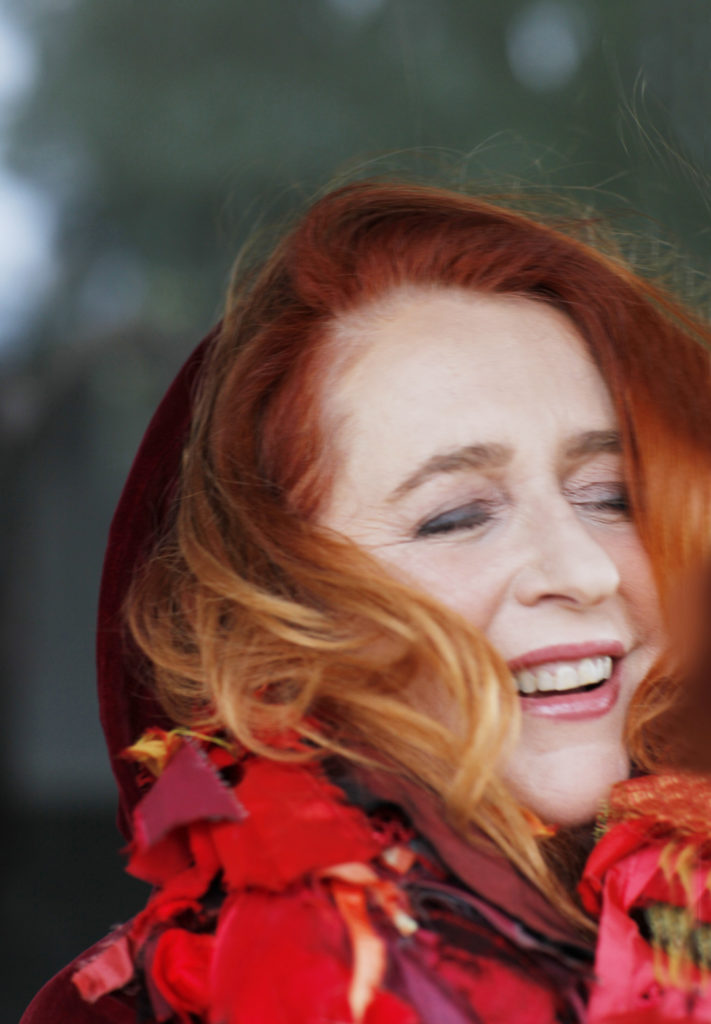 In Coughlan’s inimitable style, the 12-track CD is based on her own experiences and is as raw and honest as you would expect from the bluesy musical stalwart, who is now in the business more than 35 years.

For example, Two Breaking into One is about her marriage break up of 15 years ago, which she admits “took me a long time to write, and it was pretty raw”, but claims her creative partner Glenister encouraged her to finish.

Another track, a cover of a Paul Buchanan song, came about after she heard it on the day of her mother’s funeral.

“One song that I love is Family Life, which is a Paul Buchanan song – the first song on the album,” she said.

“I heard that the night my mother was buried. “My young daughter Claire wrote it down on a piece of paper in the car when we were travelling back after the funeral.

“The little bit of paper was there on the side of the fridge for a while as I knew I wanted to do that song.”

Another of the singer’s favourites is Safe and Sound, which reflects on some of the lowest periods in her life.

“Safe and Sound is a quick summation of how I was never safe and sound and I didn’t keep my children safe and sound, you know, because I was an alcoholic,” she admits, “but it’s also about how I hoped that we were all safe and sound now, and that they and the grandchildren would be safe.”

“That was really reflective,” she added, “but there are some really funny songs on it too, like High Heel Boots.”

While recording finished in February 2020, the final mixing of the album took place during lockdown – with Glenister based in London and Coughlan at home in Bray, Co. Wicklow.

“The album was mainly finished before lockdown came in,” Coughlan explained.

“Then we mixed it remotely, Pete was in London and I was here, so we were back and forth to each other.

“I was saying I don’t like this or that, at however many minutes or seconds into a track, you know what I mean, so that was time consuming and weird really,” she added.

“It’s always nice to be in the room together when you are mixing, so you can listen to the track together, so that was strange.”

Coughlan knew from the outset that she wanted to work with Glenister on her belated birthday album.

“I asked Pete in 2018 if he would be interested in doing something, if he could free up some time, as he is very busy,” she explains of the background to Life Stories.

“I had some good songs and we had worked on some great songs together and I wanted it to be a great kind of celebration album, because I missed my 60th birthday as I had a heart attack,” she adds.

“I had to get stents in my heart, so I said ok I am going to aim for 64 for a big celebration and I really wanted to do the album with everything on it, you know, do a big production, and Pete is your man for that.” 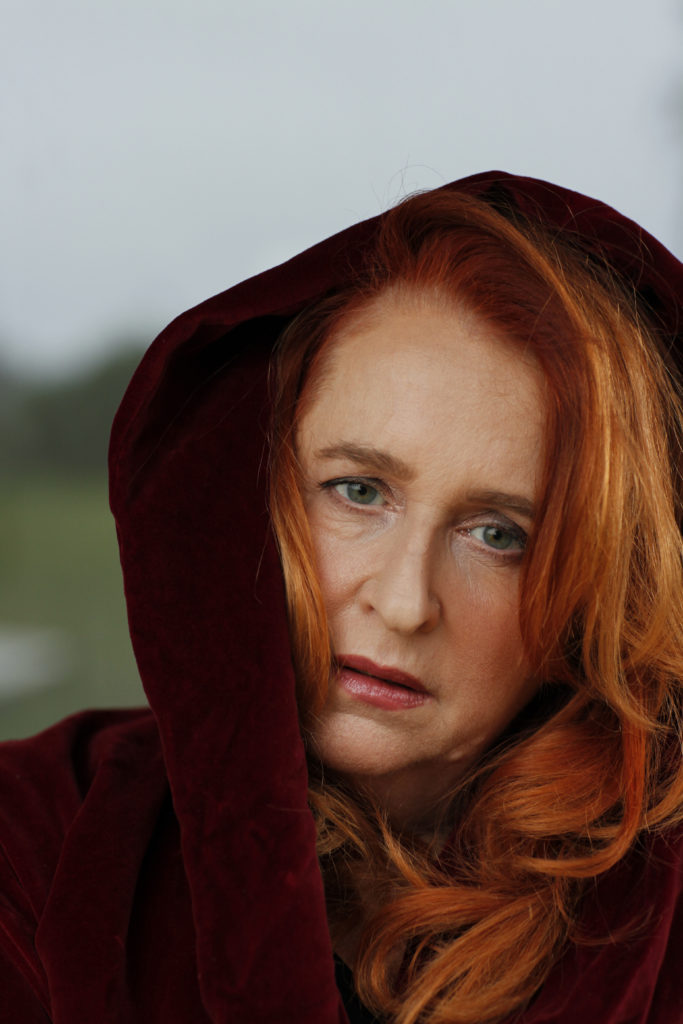 Of course, when the pair got started last year they could never have imagined they would complete that album amidst a global pandemic and the associated lockdown restrictions.

For Coughlan that enforced isolation at home marked the longest period that she has been in Ireland in her 35 year career.

Which is something she struggled to deal with at first.

“I have never been in Ireland for so long in 35 years, I have never spent this amount of time at home, so that was weird,” she said.

“The first three weeks were really really difficult as we were actually locked in,” she added.

It took some time but the singer finally accepted lockdown.

And once she did that she found a new, surprisingly fulfilling way to bring her music to her fans.

“I live on the side of a mountain and I could walk two kilometres from my house, so I started to do that,” Coughlan explained.

“And then I started singing to people as I walked and showing them flowers and things like that,” she added, “and people became completely enamoured with that.”

“But I truly thought it was going to be over by June and we would start our tour and go off to Norway and off to Glastonbury,” Coughlan admits.

“We had so many concerts booked, and they were all sold out and I just couldn’t believe that it lasted so long.

“But since then I have had a strange acceptance come over me and I have started enjoying it,” she adds.

“We started broadcasting gigs from my garden, once six people could meet up outdoors.

“I put a full sound system in and lights,” she explained.

“I don’t live beside anyone so it’s cool, and the gigs went out on Facebook live – we broadcast ten of them and we collected lots of money for local services like the women’s refuge and the homeless services in Bray.”

Now, with restrictions eased further, Coughlan has been able to return to live performances at venues across Ireland.

Two recent gigs at Whelan’s in Dublin were exciting, albeit far smaller than any the singer would have enjoyed there in the past.

“We did two gigs in Dublin, for 44 people each night, which was really strange,” she said.

“But the venue was great, Whelan’s was lovely and cosy, it would normally take 300 people, but it had to be just 50 people at the time, including the staff and the band.”

She added: “But it was brilliant, it was so great, the excitement, you could really feel it – people were just clapping and excited, shouting out and laughing.”

The reduced size, socially distanced gigs have continued for Coughlan in recent weeks.

And while she has no idea whether the large festivals and concerts they had booked for 2020 will ever take place again, the singer is happy to take whatever live gig that is available in these unprecedented times.

“It’s exciting to release new work,” she admits, “but it was going to be much more exciting if it wasn’t for Covid-19.

“We had about 35 concerts booked and Glastonbury and big festivals in Norway and Iceland all lined up and it was all cancelled.

“Who knows what will happen now, some of them said they are postponed until 2021 but we don’t know in what capacity.

“Glastonbury is so big I don’t think it will ever happen again – but I might be wrong.

“But the live gigs are back, in whatever form they will be for the rest of the year, and we are happy to do them.

“And we know that, at any point, if the Covid numbers go up, everything will be wiped out again.”

William and Kate try their hand at hurling, gaelic football in trip to Galway GAA club