THE NEW series of Derry Girls is 'brilliant' and 'incredible', one of the stars of the show has teased.

While we've been waiting what seems like an age for Derry Girls to return to our screens-- the global pandemic not helping in the matter-- one of the cast members has been keeping extremely busy.

Galway native Nicola Coughlan has amassed a wealth of new fans since appearing in Netflix's Bridgerton, but she is just as excited as the rest of us for Derry Girls to make a return.

Coughlan, who plays Clare on the hit Channel 4 show, spoke to The Belfast Telegraph where she revealed that she has been briefed on the plotlines for Season 3-- and to say it sounds good would be an udnerstatement.

Confirming that she spoke to series creator Lisa McGee, Coughlan said "[McGee] talked me through the storylines ... they're so brilliant, which doesn't surprise me".

"She's just incredible," she added, "but it made me want to do it right now."

"But we also want to do the best version of the show we can," she continued, explaining that it's "integral" that the show is filmed in Derry but "we can't do anything involving a crowd right now".

"By hell or high water, we all want to make it work - if they said we could go tomorrow, trust me, we would all be there." 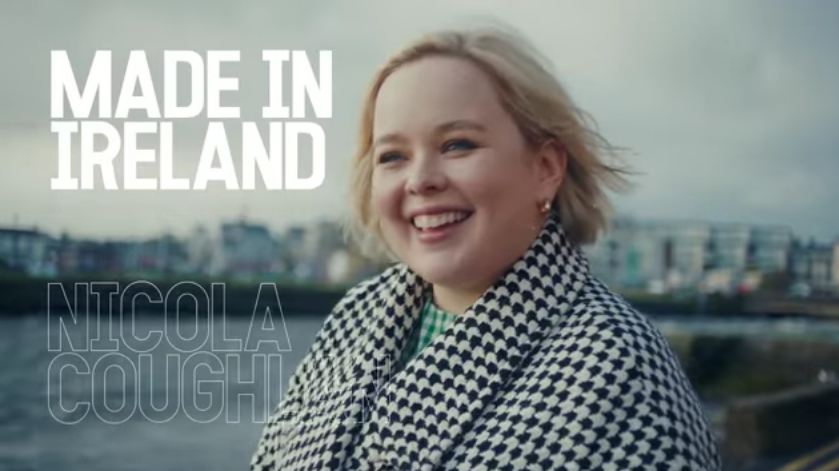 The third series of the show is expected to take place on the backdrop of the Good Friday Agreement, with Coughlan telling The Belfast Telegraph she remembers the Agreement being signed and thinking "is it over? The constant reports of shootings, bombings, it that going to be finished?"

The actress also said she thought it was "funny" that Derry Girls was educating British audiences about what happened during the 'Troubles' in Northern Ireland, adding there was "a huge gap in people's knowledge" despite Ireland being Britain's closest neighbour.

"We're so inextricably linked," she told the outlet. "Next door neighbours should know what's going on."

Derry Girls creator Lisa McGee recently made headlines when she said she plans to end the hit show after the third series and a feature film.

She told the I Newspaper, "I don’t want to write them beyond 18. It’s about that magic time, before you’re officially an adult,” she explained.

According to McGee, the gang will be a little older in the new series - around 17, to be precise.

“They’re going to be forced to grow up a bit this series,” McGee said

“They’re still eejits, they still get into a lot of trouble, and embarrass themselves and do all those things you’d expect the Derry Girls to do, but they do have to face some big things this time. It’s still funny. The most important thing is that it brings joy to people. I want to make people really, really laugh.”

"In series three, we realise that people want this [peace] long term, they want to make this work. You were constantly worried about it – you didn’t believe it would last," McGee added.