NOEL Gallagher has admitted to being very hungover meeting President Higgins - after partying all night with U2 frontman Bono.

The Manchester Irish musician revealed the encounter with Ireland's Head of State while on the Christian O'Connell Breakfast Show on Absolute Radio this morning.

Gallagher, who previously toured with U2 on their Joshua Tree tour this Summer said: "We do the gig in Dublin and we go to the after show.

"So the next thing I remember is my phone going and I'm in this place I don't remember and it's Bono on the phone.

"He says, 'Ah you're alive, where are you?' And I was like, I'm supposed to be in your house but where am I?

"I was in the guest house at the bottom of his garden. He says, 'So you're alive anyway, come everyone's here.'

"I said what for? He said, 'For the lunch I'm throwing in your honour, 75 guests have arrived.' 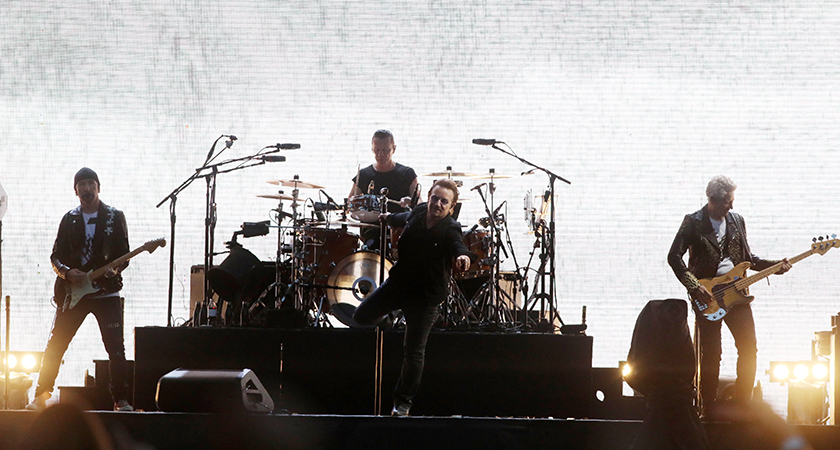 U2 playing in Croke Park Dublin for the 30th Anniversary of The Joshua Tree album. (Picture: Leah Farrell/RollingNews.ie)

"I said I'm only out of bed, and he said, 'The President of Ireland has just arrived and you're sitting next to him so hurry up.'

"I got showered, get up there 'whey, hey' and all that.

"The lunch started at three. Do you know what time it finished? Ten past four in the morning."

However, Gallagher said that the party didn't stop there and U2 continued the 'boozing' on their private jet to France.

"We're flying to Paris for a gig the next night. As I'm walking out of [Bono's] garden, I get accosted by Bono in his dressing gown, with two beers under his arm, eating scrambled eggs, listening to opera.

"He said, 'Where are you going?' and I said I was going to Paris for the gig. He said, 'No stay here and come on the private jet.'

"So we get on the jet, and there's more boozing - this is the part of the story that kills me - we land in Paris and he says, 'When the jet lands I've got to do this thing so I'll see you at the hotel.'

"He goes off, I go to the hotel, and I put on the telly and there's Bono doing a live press conference with the Prime Minster of France about frica.

"I know what we've been up to the last three days and I'm going, he's not real man."