ONES TO WATCH: Four must-see TG4 films will premiere at Galway Film Fleadh 2021

FOUR features commissioned by TG4 are to receive their premieres at this year’s Galway Film Fleadh - including the latest Cine4 Irish language film, Foscadh.

Produced by Magamedia and based on the book The Thing About December by Dónal Ryan, Foscadh (meaning shelter) is the third film presented by Cine4, following on from Finky (2019) and Arracht (2020), supported by TG4, Screen Ireland & BAI.

It premieres on July 23.

Produced by Rosg, it tells the true story of how a Donegal native killed a member of the assassination squad The Invincibles off the coast of South Africa in 1883.

Doineann, a TG4/Northern Ireland Screen funded film will premier online on July 25, while the Film Fleadh children’s programme will screen Irish language animation Sol – which tells the tale of a little boy’s journey through grief.

For the second year, TG4 will sponsor the Short Film awards at the Fleadh, a category which showcases and promotes new emerging talent.

Speaking about this year’s Galway Film Fleadh, TG4’s Commissioning Editor Deirbhile Ní Churraighín said: “TG4 is delighted to premier three films at this year’s Film Fleadh, including the third Cine4 release, which is a partnership between TG4, Screen Ireland and the BAI, to develop original feature films in the Irish language and to bring Irish language drama to Cinema audiences in Ireland and worldwide.

“TG4 is also proud to sponsor the Short Film Awards category which recognises up and coming talent in film.”

All screenings can be booked via Galway Film Fleadh booking office here. 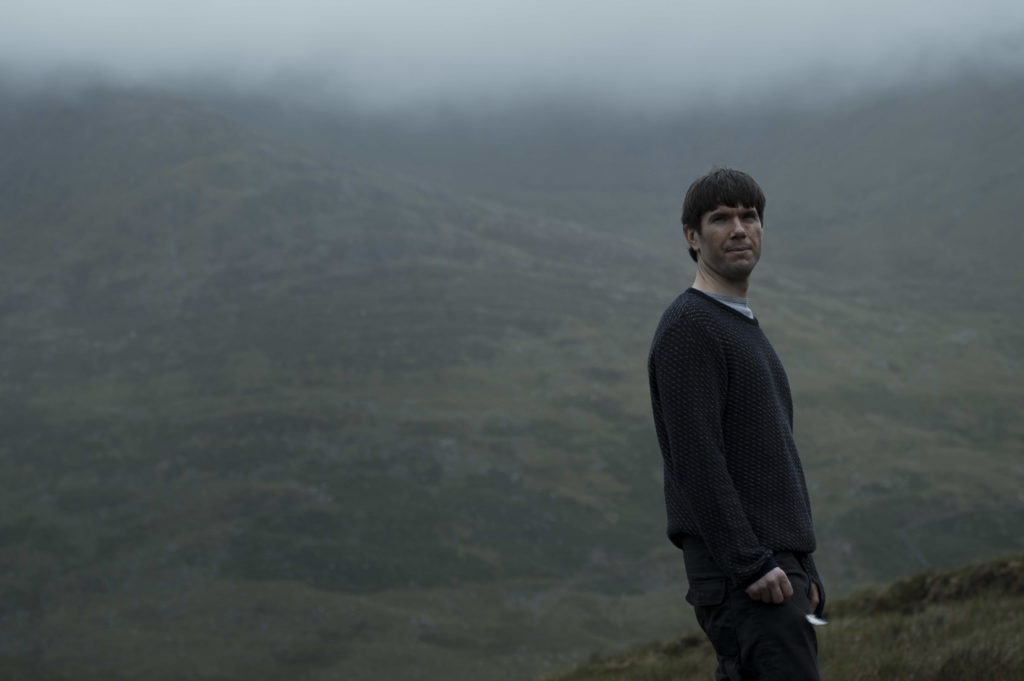 Set in the stunning wild mountains of North Conamara, FOSCADH (meaning Shelter) is a delayed coming-of-age tale that will have you rooting for its hapless hero as he takes his first tentative steps into adulthood.

Written and directed by Seán Breathnach, FOSCADH is based on characters created by award-winning novelist Donal Ryan in his book The Thing About December.  It tells the story of naïve recluse John Cunliffe who is suddenly propelled into manhood at the ripe old age of 28.  When his over-protective parents pass away, friendless John inherits mountain land that sits in the way of a lucrative wind-farm development where he is forced to navigate the choppy waters of trust, vengeance, and romance for the first time.  This 90-minute feature film was shot in Corr na Móna in County Galway and stars Dónall Ó Héalaí (Arracht), Fionnuala Flaherty (Out of Innocence) and Cillian Ó Gairbhí (Blood) and is produced by Paddy Hayes (Corp + Anam).  The screening on July 23rd at the 33rd Galway Film Fleadh coincides with the launch of the film’s sumptuous soundtrack album by acclaimed Icelandic composer, Sin Fang, on the INNI Music label.

FOSCADH is part of the Cine4 scheme funded by Screen Ireland, TG4 and the BAI, and is proudly produced by Galway-based production company Magamedia. 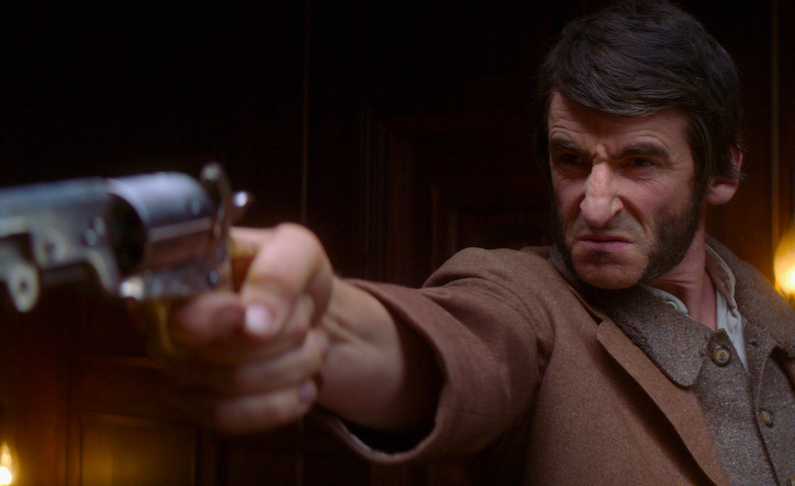 Produced by ROSG The Queen v Patrick O’Donnell is a feature docu-drama that reveals on screen for the first time the true story behind one of the most compelling murder plots in Irish history, a thrilling tale of violence, courtroom drama, romance and political intrigue. Containing evidence from British Home Office files kept secret for 100 years, it reveals shocking new information about the fate of the quiet-spoken Donegal man who killed the infamous informer James Carey on board a ship off the coast of South Africa in 1883. The main characters in the feature docu-drama are portrayed by critically acclaimed actors; Eoghan Mac Giolla Bhríde, Stephen Jones, Brídín Ní Mhaoldomhnaigh and Sophie Campbell.  Directed by Tomás Seoighe, produced by Ciarán Ó Cofaigh, Eilís Ní Cheallaigh & Seán Ó Cuirreáin for ROSG, with funding from TG4, Screen Ireland and The BAI. 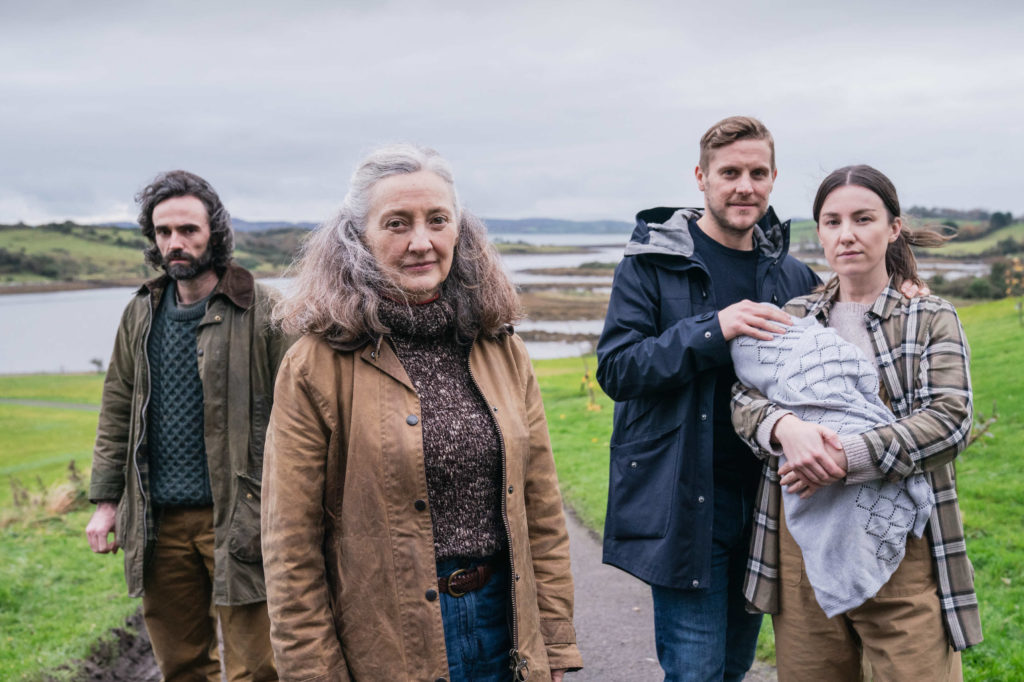 Tomás is a successful television producer. Specialising in investigative journalism, over the years he has made many enemies in Dublin’s criminal underworld. In search of peace and quiet, he and his wife Siobhan take their baby son Oisín to their holiday home on a remote island off the north-west coast of Ireland. There they keep to themselves, avoiding interaction with the islanders.

Early one morning, Tomás receives an urgent call from work and must return to the mainland, leaving Siobhan and Oisín on the island. Later that day he returns to find that they are both missing and, in desperation, seeks the help of the island’s retired policewoman, Labhaoise. With warnings of an approaching storm, Labhaoise organises a search party of islanders. The next morning they make a grisly discovery – but it is not what they expected. Meanwhile, the storm is getting ever-closer to the island. Starring Peter Coonan (Tomás), Bríd Brennan (Labhaoise), Macdara (Seán T. Ó Meallaigh) and Clare Monnelly (Siobhán). Produced by Doubleband Films with funding from TG4 and Northern Ireland Screen’s ILBF, BBC Gaeilge and Yellowmoon. 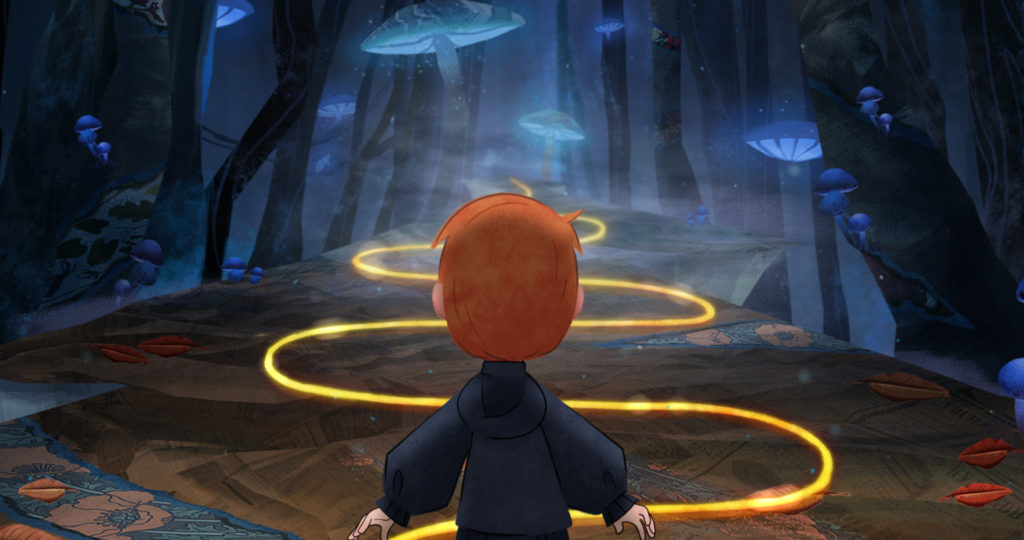