Sophie Doyle Ryder is ready to launch her debut EP

SOPHIE DOYLE RYDER is a name which is soon to be on everyone’s lips.

The singer, who has been named as ‘Ireland’s answer to Rihanna’, has just signed to the same agency as Billie Eilish, and, with the release of her recent single, Hunni Hunni, it’s easy to see why.

“Hunni Hunni is one of my favourite songs I’ve ever made,” says the rising star, “everybody is loving it and I couldn’t be happier.”

Sophie expressed her love for the track recently in permanent form; the title is now tattooed on her arm.

Off the back of the success of Hunni Hunni and her first ever headline show on October 30 selling out, the 19-year old is preparing to release her debut EP, Beginner’s Luck. 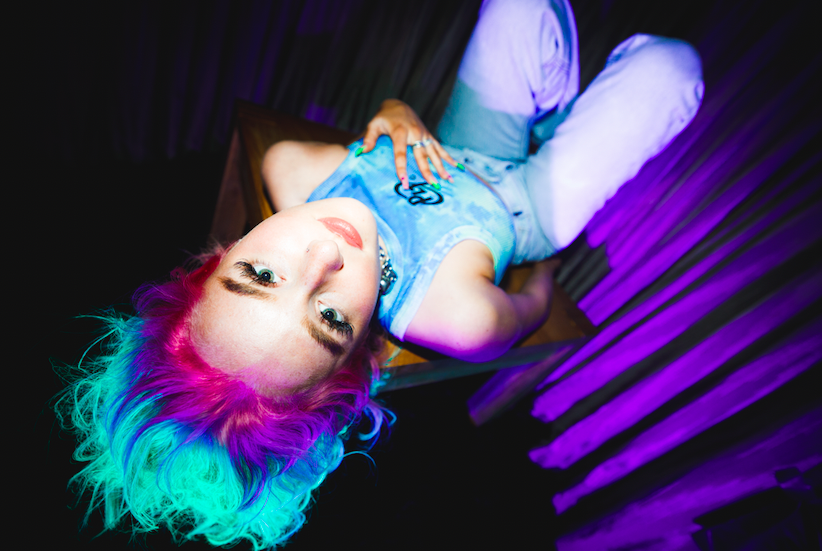 “It depicts a new chapter in my life. ‘Hunni Hunni’ reflects my ability to let go of the seriousness in the world and just live in the moment.”

Ryder’s headline show finally going ahead after two years really put a lot of her career into perspective.

“I would have only been 17 if it had gone ahead the first time around. Now I’m 19, I feel like I can approach it with a whole different outlook,” she explained.

“I’m actually really glad I got that time so I could figure out who I am as an artist.”

The hot-off-the-press music video for ‘Hunni Hunni’ surely reflects this, with Sophie and her friends living life to the fullest, partying without a care in the world.

“I know that Beginner’s Luck really shows who I am as an artist; I am so happy with how it turned out. It’s the perfect time to release it - it was written during a crazy time in my life and I hope my listeners will feel the emotional rollercoaster throughout it.”

Something listeners will definitely pick up on, however, are the vocal similarities to the icon, Rihanna.

Do the constant comparisons bother Sophie at all?

“Who wouldn’t want to be compared to Rihanna?! I love her music so much and I would love to make music with her one day. I hope she hears my music some day, too.”

Reflecting on growing as an artist over lockdown, Sophie has said that she feels she is “way more knowledgeable than I previously have been - during lockdown, writing, recording and releasing music was all I was able to do”.

It’s a refreshingly positive take on a truly trying time.

“The pandemic has really just helped me to become a better songwriter.”