WE ALL feel the need for an adventure this year, and these two dogs decided to take things into their own paws...

Two dogs have become a bit of a social media sensation after they were caught taking a cheeky trip to Dublin on the train without their owner earlier today.

The adventurous pups, a Schnauzer and a Bichon Frise, were spotted by staff on an Iarnród Éireann train near Booterstown this morning.

Despite having no tickets, staff took pity on the dogs, who were clearly having a 'ruff morning', and took them off the train while they launched a search for their owner.

"A ruff morning for these two, taken from the line and being looked after by station staff at Booterstown.

A picture of the two pups shows the Schnauzer, clearly the older and wiser of the two, looking decidedly grumpy at having his adventure cut short.

The Bichon Frise, meanwhile, looked as though being caught was all part of the plan-- or perhaps he was using 'puppy eyes' to beg the staff to let them continue on their journey. 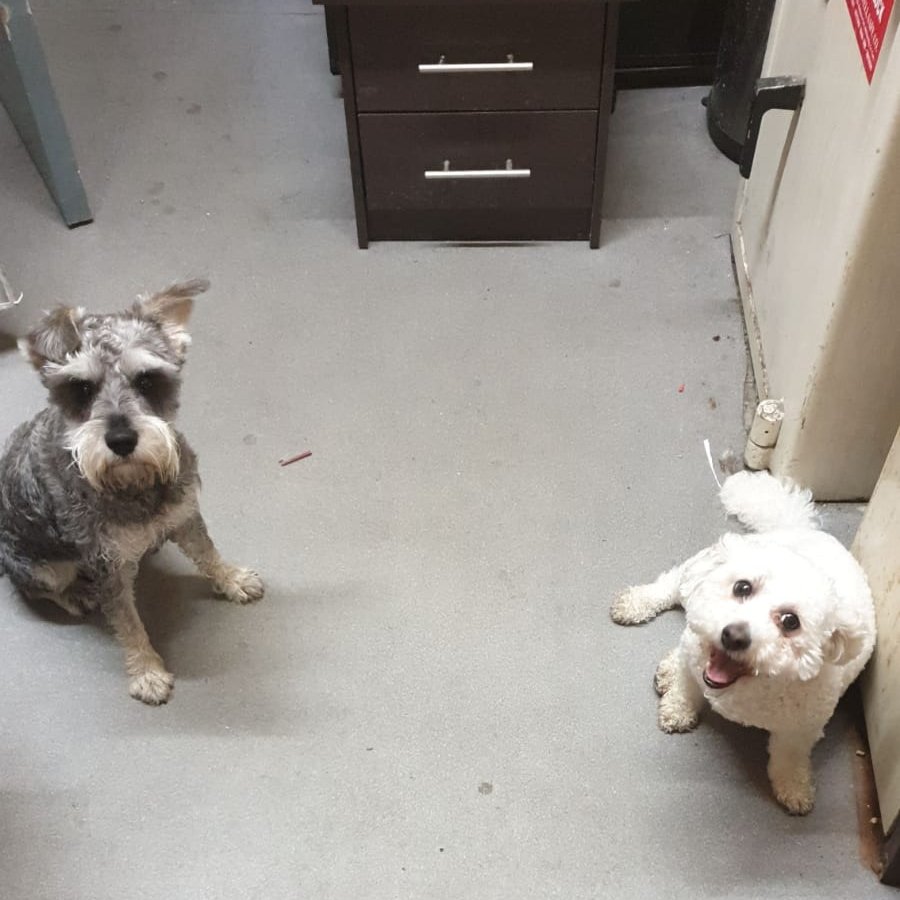 The cheeky pups have been safely reunited with their owner after their day out was cut short by Irish Rail staff (Image: Iarnród Eireann/ Twitter)

The almost cartoonish picture drew dozens of comments from people on social media, with one Twitter user writing:

"Yer man on the left looks particularly disgruntled but the fella on the right is having a whale of a time..."

"White dog having the craic. The other lad with the "He made me do it" look," another wrote.

Maybe the dogs were on their way to buy some Christmas presents for their owner, or like the rest of us, were just sick of being stuck indoors, but either way, their Homeward Bound adventure was cut short, and the two have been safely reunited with their owner.