AN POST have released a special set of stamps celebrating the long and successful career of Irish band U2.

The range of specially-created stamps and souvenir sheets include a photograph by Colm Henry depicting Bono, The Edge, Larry Mullen and Adam Clayton performing in Dublin's Dandelion Market when the band was just beginning to take off. 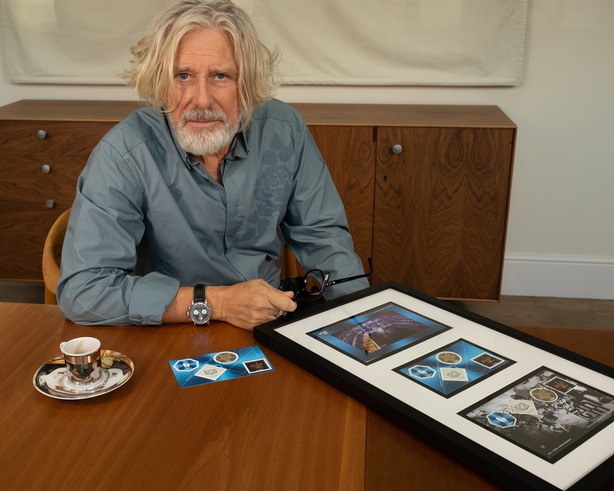 Adam Clayton with the new U2 stamps and souvenir sheets

Another photograph shows one of the band's most iconic performances at London's Wembley Stadium, which is packed to the rafters with dedicated fans-- a far cry from the Dandelion Market show years earlier.

Speaking at the launch of the stamps, Garrett Bridgeman, MD of An Post Mails & Parcels said: “For fellow lifelong U2 fans and admirers of Irish design, it’s a great pleasure to announce these very special stamps celebrating the remarkable global impact of U2 since their formation in 1976.

"This stamp issue also acknowledges the band members’ massive impact on global culture and society, from their work on climate change to social justice and more recently, here in Ireland with their response to the nation’s fight against COVID-19.” 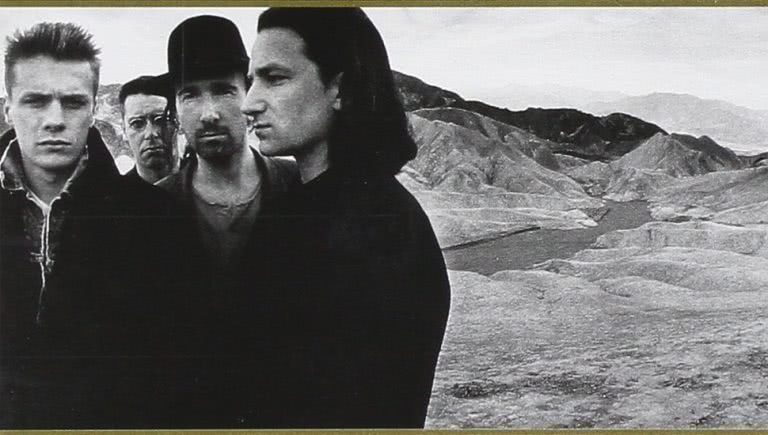 Joshua Tree was recently voted the best album of the 1980's

An Post worked with U2's Creative Director Gavin Friday as well as graphic designer Shaughn McGrath in order to properly capture the magnitude of the band's career on the tiny canvas, and the hard work has resulted in four unique stamps with a different shape and range of print finishes to capture the evolution of U2 over four decades.

Band member Adam Clayton said: "In a year with so many restrictions, it's dun to think that we can travel from our homes in Ireland to anywhere in the world, courtesy of An Post!"

Shaughn McGrath said “The stamps feel like a culmination of my work for U2. Each album has an icon that has come to represent its ideas and concepts. In addition, each stamp has its own individual shape and together these act as a collective silhouette and a unique visual signature.”

To get your hands on the special U2 stamp booklets, First Day Cover envelopes and other stamp collectables, you can visit any post office in Ireland or order online (here).

WATCH: An Post releases heartwarming Christmas ad that'll have you welling up