Podge McNamee, left, is one third of the Irish indie band HamsandwicH

INDIE rockers HamsandwicH have been one of Ireland’s most steadily successful bands over the years.

Previous album Stories From the Surface debuted at #1 on Ireland’s official album chart – marking the first time an unsigned Irish act accomplished this feat - and the group have opened for heavyweight international artists such as Arcade Fire and Pixies since.

Having sold out Dublin’s prestigious Olympia Theatre on three occasions, they have also played on the main stages at the Electric Picnic and Longitude Festival.

Additionally, they have performed at the legendary Slane Castle with Bon Jovi, and were personally invited by Mumford & Sons to support them in Phoenix Park.

They released their latest album, Magnify on September 30. 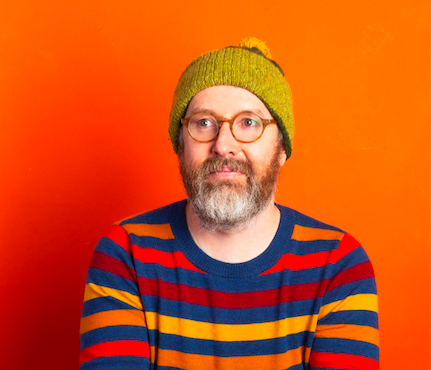 This one. Bought my first home and engaged to my future wife.

Nothing majorly influenced me but some great biographies like Roy Keane’s, Muhammad Ali’s, Ozzy Osborne’s and Andre Agassi’s book is a fairly incredible read.

A very messy break up.

Artists Marc Corrigan and Derick Smith, but they are getting there.

To improve my attention span.

Sorry what was the question again?

Life after love of course.

Live in Kells. People are super friendly and the place is quaint and affordable and peaceful. The worst thing is that it’s fairly quiet and peaceful that it could have more to occupy you.

If it’s to avoid unnecessary hurt.

I have many thankfully. My future wife Magda, if you need specifics.