1.He was a big fan of US comics like Marvel and DC. But the name Thin Lizzy actually comes from a character named Tin Lizzie that appeared in UK children’s comic The Dandy

2. His father was a Guyanese immigrant called Cecil Parris, who went by the nickname ‘The Duke’ 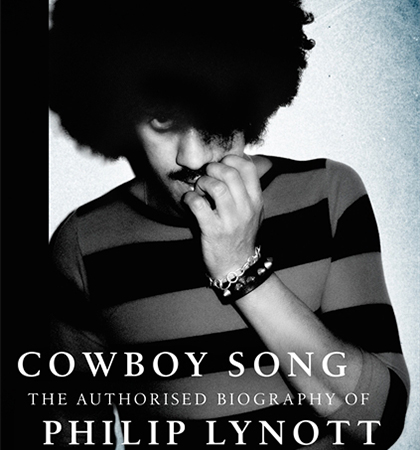 3. As a young man, he seriously considered becoming a Catholic priest. And despite his ‘bad reputation’ in later life would regularly attend Sunday mass

4. Lynott attracted the ire of the Catholic Church at an early gig when he performed in front of a film that intercut footage of the Pope’s visit to Jerusalem with the assassination of President Kennedy

5. His songs have been covered by artists as diverse as Sade, Pulp and Metallica

6. His mega hit The Boys are Back in Town is a reference to hoodlums the Quality Street Gang, whose regular haunt was a Manchester bar run by Lynott’s mother

7. After hearing their demo tape, he helped Bob Geldof and The Boomtown Rats get signed to Ensign Records

8. In 1978, he formed a punk side-project called The Greedy Bastards with Sex Pistols pair Paul Cook and Steve Jones

9. Thin Lizzy’s Live and Dangerous album might be dangerous but it’s not exactly ‘live’. The record was put together in the studio using two-years of taped live performances

Cowboy Song: The Authorised Biography of Philip Lynott by Graeme Thomson is out now, published by Constable, £20