PACIFIC PALISADES, CALIFORNIA - FEBRUARY 21: Max Homa of the United States stands with the trophy and tournament host Tiger Woods after defeating Tony Finau of the United States , in a playoff to win The Genesis Invitational at Riviera Country Club on February 21, 2021 in Pacific Palisades, California. (Photo by Harry How/Getty Images)

TIGER WOODS has given his first in-depth interview since his life-threatening car accident. The 45-year-old said he went through "dark moments" on the road to recovery. He also gave insight into his golfing future.

The golfing legend, who had recovered from back surgery to win his 15th major at the masters in 2019 lost control of a car outside of Los Angeles on February 23rd. He suffered comminuted open fractures to both the tibia and the fibula in his right leg.

The golfer was rushed to Harbor-UCLA Medical Center and subsequently transferred to Cedars-Sinai Medical Center, where he spent three weeks and faced the possibility of having his leg removed. 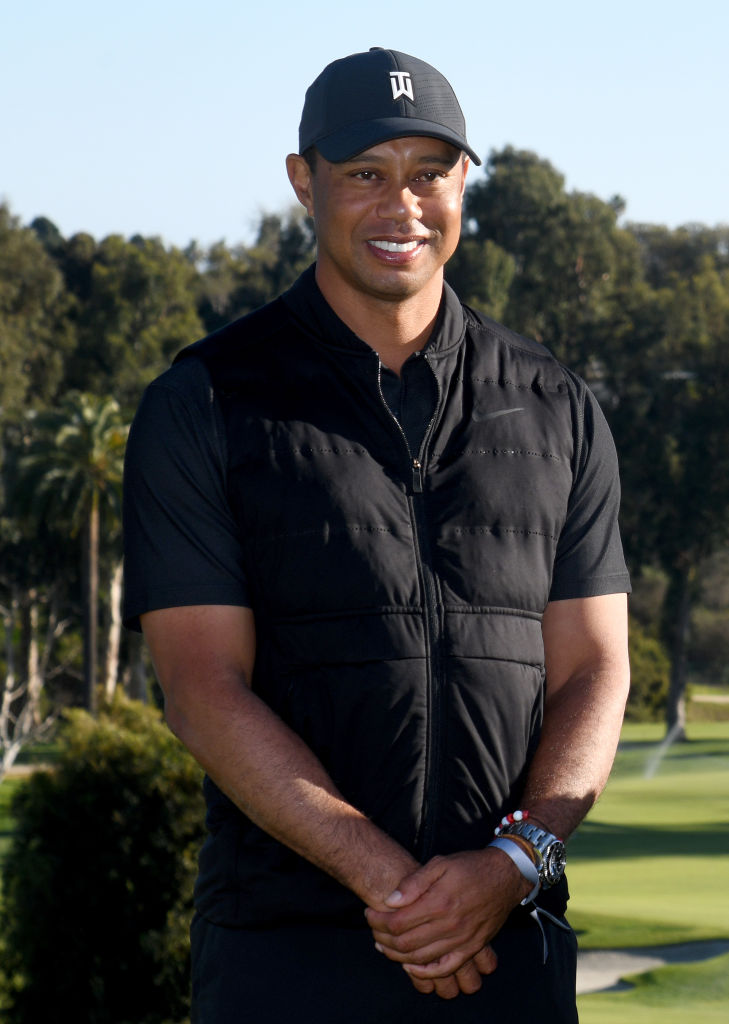 "There was a point in time when, I wouldn’t say it was 50/50, but it was damn near there if I was going to walk out of that hospital with one leg.

Once I [kept it], I wanted to test and see if I still had my hands. So even in the hospital, I would have [girlfriend] Erica [Herman] and [friend] Rob [McNamara] throw me something. Throw me anything.”

This one has been much more difficult," he said at the Hero World Challenge event he is hosting in Albany.

"From wheelchairs to crutches to now nothing, it's been a lot of hard work. There were some really tough times. I am on the better side of it but still have a long way to go."

Woods was said to be travelling at almost twice the legal speed limit, when he crashed.

Tiger Woods has revealed how close he came to losing a leg following his car crash last February.

In his first major interview since the smash, Tiger vowed to return to golf, but only on a part time basis. @TJch9 #9News pic.twitter.com/TYnuG3kHqU

Speculation about a return to golf started to circulate when Woods posted a video of him flushing a short iron to social media last week, but Woods suggested he is nowhere near ready to compete on the PGA Tour.

“I have so far to go … I’m not even at the halfway point,” he said. “I have so much more muscle development and nerve development that I have to do in my leg. At the same time, as you know, I’ve had five back operations. So I'm having to deal with that.

So as the leg gets stronger, sometimes the back may act up. … It’s a tough road. But I’m just happy to be able to go out there and watch Charlie play, or go in the backyard and have an hour or two by myself with no one talking, no music, no nothing.