CELEBRATE one of Ireland’s greatest poets and playwrights, W.B. Yeats  on the 150th anniversary of his birth with RTÉ Player International.

One of the greatest English-language poets of the 20th century, Yeats received the Nobel Prize for literature in 1923.

An acclaimed poet and playwright, it is said it is hard to imagine the revolutionary decade without him.

His hauntingly beautiful poems such as The Late Isle of Inisfree and The Stolen Child are juxtaposed with powerful poems that document the political unrest in September 1913 and Easter 1916.

A cultural revolutionary, he co-founded the Abbey Theatre, the Irish Literary Society, and the Cuala Press.

He is forever associated with his muse, Maude Gonne, and his unrequited love for her is well documented. 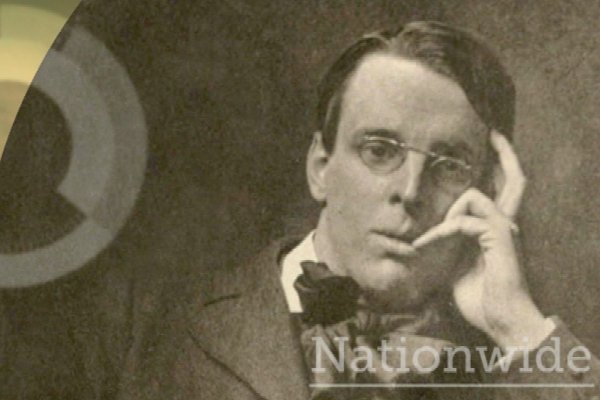 Earlier this week RTÉ programme Nationwide honoured Yeats 150 with a dedicated programme, which is available now in Britain on the RTÉ Player International app.

Coming from Sligo the programme focuses on W.B. Yeats as the 150th anniversary of his birth is being celebrated.

Nationwide  joins the people of the North West as they commemorate the life and times of one of Ireland’s greatest writers.

Experience the  sights associated with WB Yeats and hear of the plans to keep his legacy alive in Sligo and surrounding counties.

Today, June 13, is the the great poet's actual birthday and there will be numerous events happening to mark the day, not just in Sligo but around Ireland and internationally.

But the celebrations will have a special significance in Sligo, the county which inspired so much of his work and which is now known as Yeats Country.

The great love of Sligo which permeates Yeats poetry is something W.B. Yeats has passed on to many other people.

Every year thousands of visitors go to Sligo to visit the poets grave at Drumcliffe.

They come to visit the places he talked about, to enjoy the archaeology and scenery and to experience Yeats and his poetry in the places which inspired him.