ONE OF the biggest stories from over the weekend which had people despairing about the future of the economy has officially  reached 'If you didn't laugh, you'd cry' status.

The Berlin D2 bar, in Dame Lane in Dublin city centre, was the centre of massive backlash- from both the general public and elected officials-- after a video from a 'boozy brunch' event showed a lack of social distancing-- to put it lightly.

In the 20 second clip, young people can be seen crowding the bar while a member of staff stands atop the bar and pours alcohol directly into people's mouths straight from the bottle (Rule number one of What Not to Do During a Pandemic). 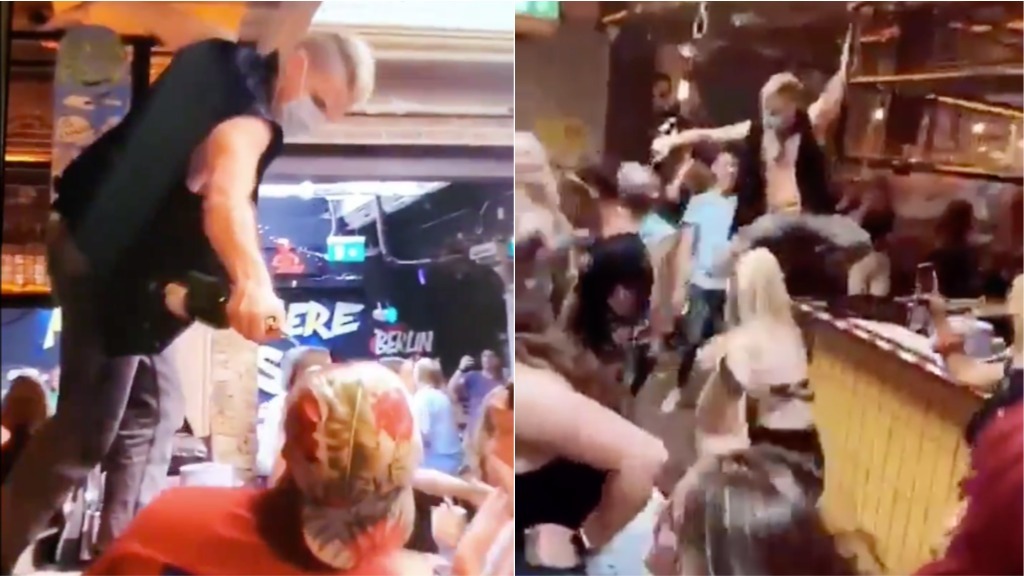 The video from Berlin in Dublin D2 was widely condemned

The clip was condemned by leading publicans, members of the public, former Health Minister Simon Harris and the bar owner himself-- although he also defended the event, saying 'Young people need to have fun'.

But while the crowd in Berlin were listening to Mr Brightside and having shots poured into their mouths like the good old days before the pandemic, thousands of pubs in rural Ireland remained closed.

The contrast was expertly shown by Offaly-based bar JJ Hough's Singing Pub-- and while the spot-on mimicry is hilarious, it also gives a fairly sad glimpse into the reality of the thousands of rural pubs.

Based in Banagher, County Offaly, which has a population of around 1,700, the pub created a parody video of 'Berlin-gate', captioned "Meanwhile in Offaly... from Berlin to Banagher".

The video first shows the packed Berlin bar and the now-infamous bartender, before switching to the Offaly pub, where the bartender-- dressed in the same black waistcoat and blasting the same song-- is also pouring shots.

But as the video pans out, you see he's pouring the drink out to an empty bar-- with the hashtag #doublestandards accompanying the video on the original post.

Check out the video below, and if you're passing through Offaly when things return to a sense of normality, be sure to pop in for a drink!