YOU MIGHT not want to be eating while you read this.

A woman has gone viral after she shared what might just be the most disgusting restaurant mix-up ever- being given a deep-fried towel as a meal.

Alique Perez ordered a chicken schnitzel meal for her young son as the pair got a takeaway from a local restaurant in the Philippines-- one that had, she says, some bad reviews regarding wrong orders but which she thought they were joke reviews.

Her son, a picky eater, refused to try the chicken so Ms Perez tried to encourage him by cutting it up into smaller pieces.

Taking to Facebook, Ms Perez wrote: "I found it super hard to even slice.

"Tried opening it up with my hands and to my surprise found a deep fried towel!"

A stomach-churning image attached to her furious Facebook post shows a folded, blue-coloured towel beneath the deep-fried breadcrumbs-- along with a dipping sauce. 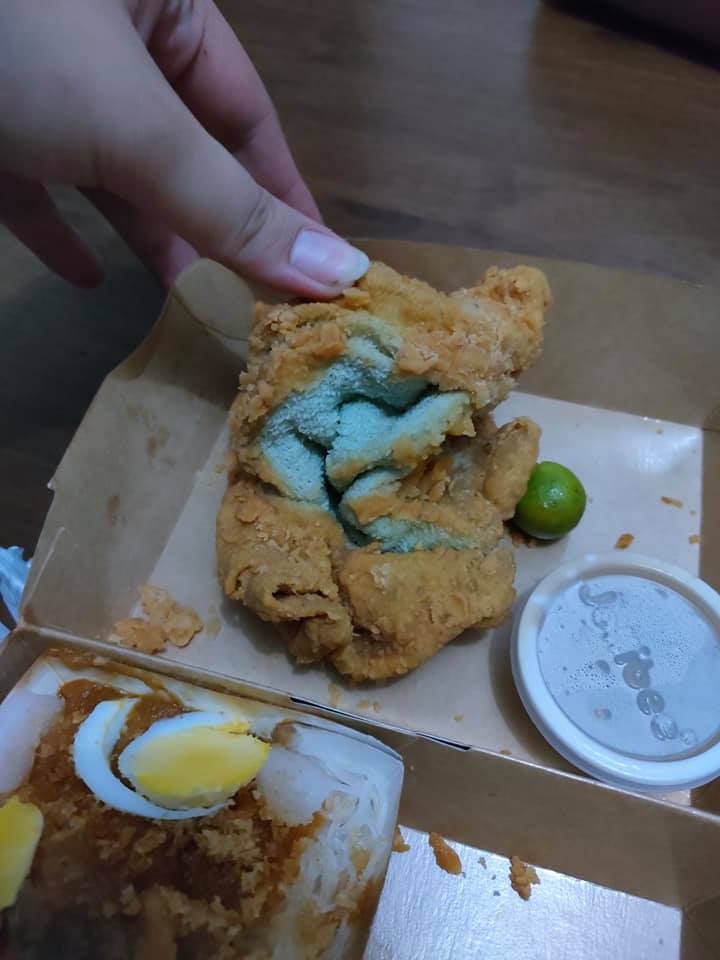 "This is really disturbing," she wrote. "How the hell do you get the towel in the batter and even fry it?"

"There's a first for everything, and this has been the worst first!" she added.

The disgusting post went viral, not just in the Philippines but across the world, with the original post being shared more than 90,000 times, and the restaurant in question was forced to close temporarily as an investigation was launched.

Understandably, the family refused to eat the rest of the food as it had all been fried in the same oil-- and you never know what's hiding beneath the breadcrumbs.

Perhaps she could send them the recipe.