FROM the wilds of the west of Ireland, globally renowned cellist Patrick Dexter is closing out a whirlwind year by releasing a new single, Raglan Road.

Released today (December 10) it comes ahead of the musician’s debut album, Solace, which is due for release in Spring 2022.

Dexter, who lives in Co. Mayo, became an internet sensation during lockdown when videos of his cello playing, captured outside his cottage, brought comfort to people all around the world. 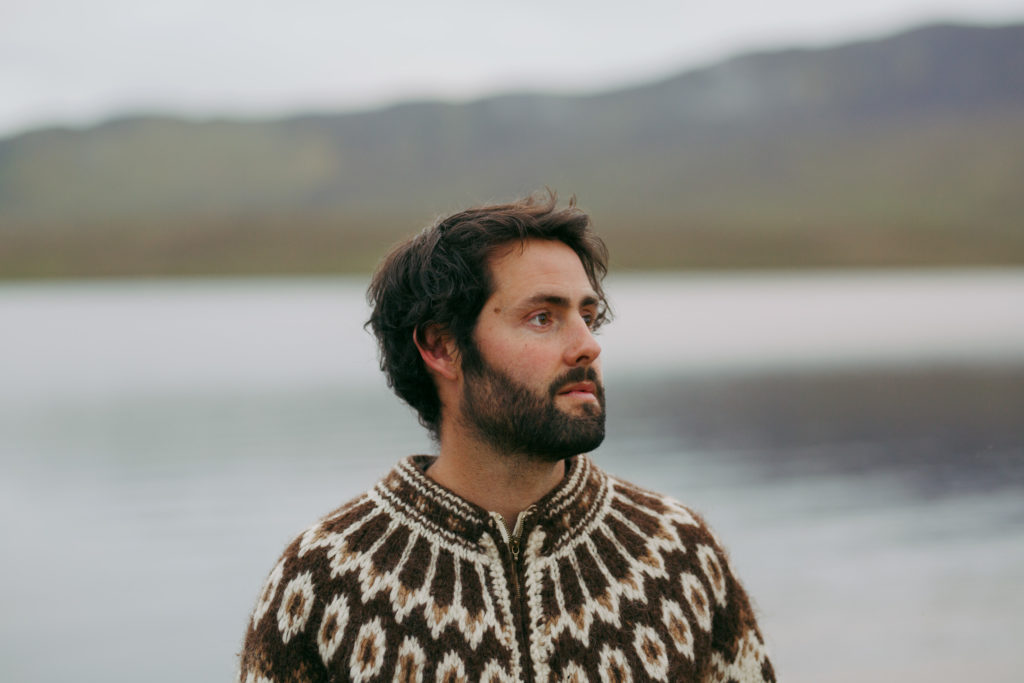 This month he is also taking part in the Irish Government's To Be Irish at Christmas programme, which aims to connect Irish people around the world in the run-up to Christmas.

The 16-day programme runs from the December 8-23, and seeks to celebrates and uphold the special connections between the Irish at home and abroad during the festive season despite the impact of the Covid-19 pandemic.

This week the musician took some time out to talk to the Irish Post...

I have a new single, Raglan Road, which is released today, which is very exciting. Also I’m filming with Faye O’Rourke, an incredible singer. We're giving a Christmas performance for To Be Irish At Christmas, which will be going out to the Irish diaspora around the world.

It's a big year for me. My first album is being released in Spring 2022 (very exciting).

It’s a deep dive into Irish folk music, using my cello as a means to translate the feeling of where the album was recorded, at my home on the west coast of Ireland.

Ooh, that’s a hard one. The 2010s (mostly spent at Trinity College Dublin) were pretty good days - so many inspiring people all around, and loads of mind-opening experiences.

However, even with the extremes and difficulties of the 2020s, I may well look back on it as the best decade of my life.

It's early days yet, I know, but this will always be the decade when my daughter was born and it will be when I watch her grow up.

The Frames' ‘For the Birds’. It was one of the first albums I ever listened to hundreds of times growing up, and it stirs a tear in me every time I hear it.

Additionally, each Christmas when I put on The Chieftains' ‘The Bells of Dublin,’ it sends a ripple of joy down my back that never fails to put me in the best mood.

Inis Turk, the last stop west before the vast Atlantic. Its beauty is impossible to imagine. It’s one of the reasons I decided to settle in Ireland.

People telling themselves that cruelty to animals is ok.

Probably the funeral of my best friend Zak, when I was a teenager.

Comedian Killian Sundermann, he makes me laugh everyday. He should be a superstar (and probably will be soon).

Forget about end goals or aspirations and enjoy the process.

Tous Les Matins du Monde (All the Mornings of the World). It’s mostly beautiful music in beautiful nature. In fact, so beautiful are the music and the nature, that despite seeing it a dozen times, I’ve still never managed to follow the storyline.

The power and magic of music.

Ironically, talking too much.

I live in Co. Mayo on the west coast of Ireland. The best thing is definitely the wild untamed beauty of the place, the worst is probably the winter storms - one just ripped a small part of my roof earlier this week.

When someone’s in danger.

Singing Abba in the bath.

For further information or to buy the single visit Patrick Dexter's website.