WITH around 90 per cent of Scotland’s artistic community said to be voting Yes on September 18, it was no surprise that the Yes Scotland campaign dominated this year’s Edinburgh Festival.

There, many of the country’s leading artists, actors and writers threw their efforts into lectures and performances and contributed to the national conversation taking place on the streets of the capital.

Two of Glasgow’s most famous acting sons, Peter Mullan and Gary Lewis, have even went into No strongholds to engage with their fellow citizens about getting behind the Yes Scotland campaign.

Many in the arts come from Irish derived or mixed Scots/Irish backgrounds and a significant number would have been traditional Labour voters but that has shifted gradually as we’ve journeyed towards the vote. The Dundee-born actor Brian Cox is one such example.

The former Labour supporter delivered a rousing address at the Assembly Rooms couched in the idea of what home meant to him. He talked about struggling with a restlessness all his life when describing a peripatetic existence living out of holdalls and fleeting from one acting role to the next. Cox related the condition to his Irish Catholic roots citing the Great Hunger and Highland Clearances as leaving a “hangover of regret” inside the hearts and minds of many Scots.

The Scottish cringe has become part of the debate. Many in the arts have admitted they have struggled with a sense of inferiority as Scots and that this has existed deep in the psyche. Cox, an accomplished Shakespearian actor, described his formative years as having a “feudal” jut over his life.

Like many he found a sense of himself and an identity through Scotland’s vibrant and distinctive artistic scene. The actor went on to describe a life that, while achieving great success, has been ultimately something of a “wandering” existence. He believes it’s time for Scotland to take hold of its own affairs and has vowed to move back to help build a new country should a Yes vote come to pass.

The Assembly Rooms venue kept an iron grip on the Yes Scotland campaign during the Edinburgh Festival. The popular actress and comedienne Elaine C Smith appeared in two shows at the venue which included an hour of stand-up and a role in Alan Bissett’s (also a Yes campaigner) play The Pure, the Dead and the Brilliant, the title based on a catchphrase by her iconic character Mary Doll in the BBC’s groundbreaking and political comedy Rab C. Nesbitt.

Elaine, who is related to the Irish tenor Count John McCormack, is a prominent activist for Yes Scotland appearing last week on a live televised debate alongside leading politicians. She explained the sense of artists shaking off a feeling of inadequacy while being galvanised by the movement. 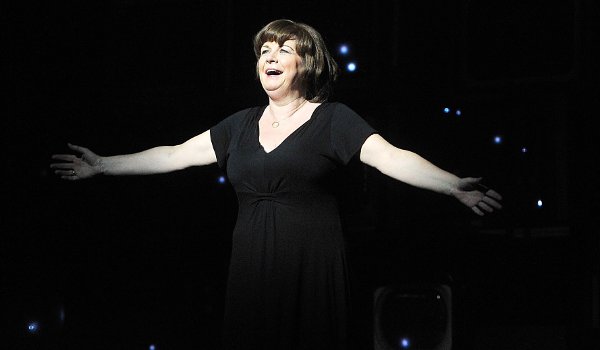 'For too long in Scotland we would think if something wasn’t successful in London then it wasn’t very good; that mentality has changed,' says Elaine C Smith

“By nature artists are progressive, we see the chance that we have now and what has held us back,” she says. “Historically we were told that there were no Scottish playwrights; you had variety and music hall for the working classes but that was it.”

There is undoubtedly an Irish Diaspora thread that runs through the roots of this new illumination. John McGrath, from an Irish Catholic background in Birkenhead, established the 7:84 Theatre Company in 1971. His radical and politicised theatre took on the cause of Scottish Independence and is at the root of this artistic revival which inspired and involved the likes of Brian Cox, Peter Mullan and David Tennant. The Cheviot, the Stag, and the Black Oil (1973) remains his most eminent work.

Elaine C Smith explains McGrath’s significance. “He helped us to understand our tradition, which was not literal, it was an oral tradition,” she says. “It was humour, poetry, dance… it was about speaking to the audience. It was about confidence and saying this is ours. So often we looked through the prism of London.

"Art isn’t validated because another city or country thinks it’s good, it’s validated because you do it. You can be sitting in the Shetlands writing something magnificent; it’s not about a critic in London thinking it’s great. For too long in Scotland we would think if something wasn’t successful in London then it wasn’t very good; that mentality has changed.”

The Assembly Rooms also provided the platform for The Pitiless Storm, one of the most talked about productions at this year’s Festival. Once again it was another veteran of the 7:84 Theatre Company who was at the centre of the action. The one-hander starring David Hayman tells the story of a left-wing trade unionist about to make a speech before collecting his OBE in front of the Queen.

In the vital moments leading up to the address he has a crisis of confidence. He can no longer toe the Labour Party line of Better Together. The audience witness his dramatic shift and his life plays out in front of him as he goes from “No” to “don’t know” to a resounding “Yes”.

Hayman hit the headlines while staying in the city’s salubrious Stockbridge area during the run. His neighbour, a blogger for the Daily Telegraph, spotted the new temporary resident and described Hayman as “the enemy” next door.

“It’s got quite visceral,” says Elaine, “The Church of Scotland have suggested a service of reconciliation but c’mon we are not in Syria; I don’t need a service because someone has called me a t**t. I heard the story about David. I was also in Stockbridge and this guy came up to me, a city banker, he had the whole look with the flash suit and briefcase etc.

"I wondered what he was going to say when he offered me a ‘well done Elaine, you’re doing a great job’ as he pulled back his lapel to show me his Yes badge. It turned out he was running the campaign in Stockbridge. He was originally from Coatbridge and was told to vote No by his boss or he would probably lose his job. He said ‘stuff it, I can get another job’.” 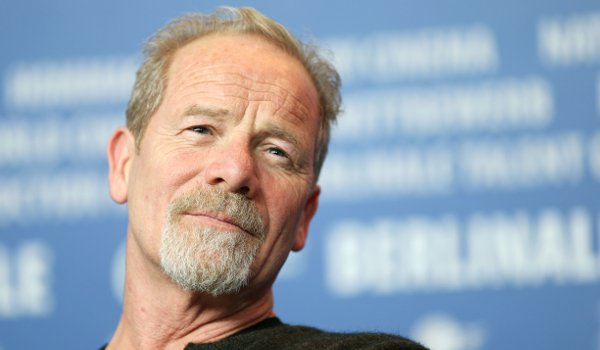 It’s through stories like this, not facts and figures, that the Yes Campaign are winning hearts and minds. The banker Elaine describes might have traded Coatbridge (known as Little Ireland) for Stockbridge but like many others opting for Yes this isn’t about looking after individual concerns. For many it’s about social justice, shared ideals and taking the power from the hands of Westminster.

The Tories are deeply unpopular in Scotland and after suffering a term under one of the most destructive governments in history, this is the biggest political fight in at least a generation. It’s bigger than the anti-Poll Tax movement or the Miner’s Strike, a sense of ever-growing alienation with the British establishment and state has persuaded many that a Yes vote is worth a role of dice.

Some prominent English and international commentators have suggested that Scotland has a unique opportunity to show the world a new example. English folk singer Billy Bragg is a vocal supporter of the cause, saying: “You have the chance in Scotland to change the landscape, to bring something new into being. If you are complaining about the status quo, you have a chance to change it and if you don’t change it, then you have to ask yourself, what are you really complaining about?”

The American political thinker Noam Chomsky has also backed a vote for Scottish independence. “If you have people like Billy Bragg and Chomsky on your team that can’t be bad,” says Elaine.

“I love England and I have many friends there who are watching their country go further and further to the right; they have also become part of this debate and many are supporting it. I’ve had many say to me, ‘I wish I was in Scotland because they want to be part of a progressive society’. I had an email after taking part in the live debate from a Polish man born in Stoke who watched it online in the Ukraine and he was supporting a Yes vote because he was a socialist.”

For Elaine the differences between voters will boil down to ideology. “In terms of Better Together some have bought into it because this situation works for them. If you are a retired accountant in Bearsden, probably your kids went to private school, you have money and a great pension, a nice wee house in Majorca and drive Merc to Marks and Spencer — what’s not to like? And why change anything?

“I’m one of those people; I’ve got a really good life but I can’t ignore the fact that a quarter-of-a-mile along the road from me are people living with nothing. All the statistics show that in smaller countries the gap between rich and poor is greatly reduced. We have an opportunity to create a healthier, wealthier and fairer society for everyone to live in.

"There are a couple of thousand guys in London who run everything — they went to Oxbridge, went to the right prep and public schools and they are part of an elite that control the media, House of Lords and judiciary. The attitude is, ‘you carry on because you know better than us’. A friend said to me: ‘Come on let’s face it; there’s nobody good enough to run anything here now is there?’ It takes a lot to make me speechless. What she was in effect saying to me was I’m not good enough and my children aren’t good enough.”

When not performing, Elaine C Smith is a public commentator on a range of subjects. A feminist, Celtic supporter and political activist, her Irish family tale is not the usual story of hardship.

“The Catholic side were middle class, professional and university educated,” she explains, “the Protestant experience read more like a typical Catholic story. My father was a miner from a family of 10.”

Scotland’s leading historian Sir Tom Devine has suggested that the most pro-religious group likely to vote Yes are Scotland’s Catholics and Elaine echoes this. “My brother-in-law is a priest and his entire parish are going to vote Yes so that gives you some indication,” she says.

“My dad is a prime example of the shift that has happened in Scotland; he was a tail gunner in the RAF, he was proud of his British heritage like you wouldn’t believe. By the end of his life he had shifted to the Scottish Nationalist Party because the Britain he had fought for didn’t exist anymore; it had been dismantled and sold off to the rich; they are the ones that have abandoned Britain. Britain abandoned its own values and the values that many of that generation fought for. We are trying to hold on to some of them.

“In Northern Ireland, politicians and communities are looking at this and saying it can be done, although it will be heated here in Scotland and people are not speaking; nobody is dying. I think Scotland is a beacon of light for the rest of the world to say look at this example; you can do this and do it democratically.”