EVER stood at the bar in a pub trying to order a pint while a couple engage in a passionate clinch next to you?

Well, it seems like customers in the Róisín Dubh have that exact problem quite often and the bar staff  are trying to put a stop to it.

Gugai MacNamara, co-owner of the Róisín Dubh, told The Irish Post that the pub has seen about a 40 per cent decrease in shifting at the bar since the sign went up.

He said: “The sign went up as the bar staff we getting sick of people shifting at the bar. You’d be surprised, it’s not just the young crowd, people in their 40s and 50s are at it as well. We don’t know if the customers are just particularly hot-blooded, but there are better places, like the photo booth, to get the shift.”

The pub is a well-known music and comedy venue in Galway and has hosted both local and international acts, alongside being one of the most popular late night bars in the town. 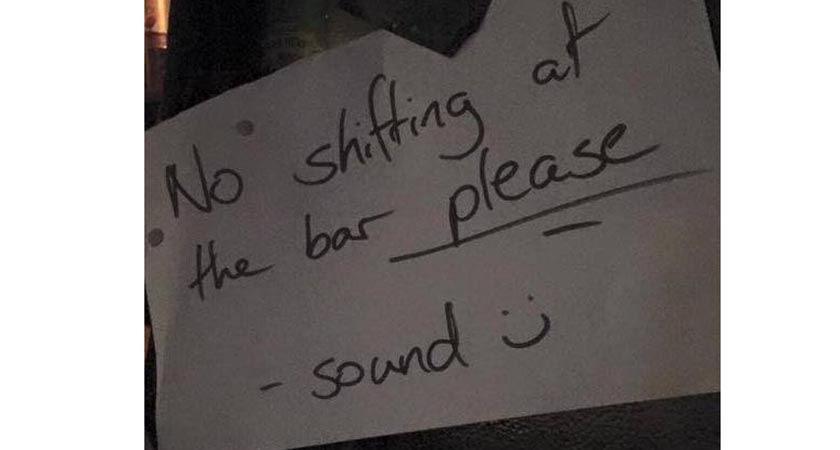