THIS IS going to make those Netflix movie nights even better.

Okay, we're still pretty much in lockdown: when you're not out exercising, food shopping, or-- if you're essential-- working, you're stuck inside the house trying to find ways to keep yourself entertained.

That means we are watching a lot of Netflix, Hulu and the old reliable TV (for example, a fifth of Ireland's population watched at least one episode of Normal People. It's a great show, but that is just incredible).

Lots of planned film releases have been pushed back since the pandemic closed cinemas across the world, and while many people are disappointed that eagerly anticipated films such as A Quiet Place 2 and No Time To Die aren't being released any time soon, a lot of other people are missing the cinema for a different reason: the snacks. 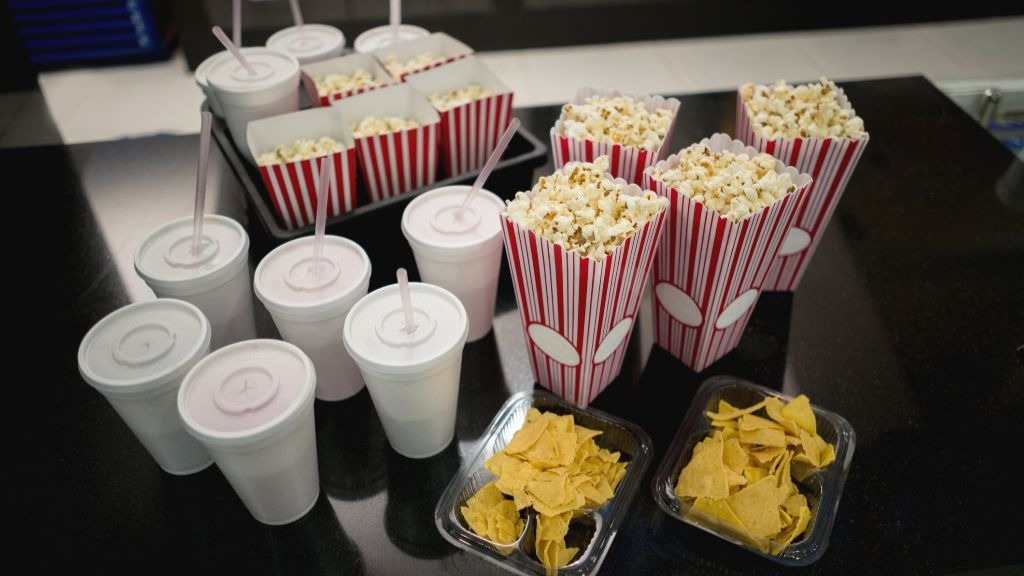 What is it about cinemas that makes everything taste so much nicer? (Getty)

Everyone complains about cinema snacks being overpriced, but we all know there's just something about the popcorn, coke and minstrels (or nachos if you're fancy like that) in a darkened theatre that just makes the cinema experience-- which is really something the Netflix movie nights have been lacking.

One cinema in Dublin has had the genius idea to set up a cinema snack delivery service, and have teamed up with JustEat to bring the cinema experience straight to your homes.

People can log on to JustEat, search for Omniplex Cinemas and order the classic combinations, which will be probably be delivered while you're still arguing over what movie to watch.

All the classics are available to order: the Share Combo, the Nacho combo, Pick & Mix, soft drinks and big bags of Rowntrees sweets.

If you're getting a craving just thinking about it, you can find the cinema delivery page here.

Unfortunately, for now the service is just available in Rathmines, but if it proves to be as popular as we think it will be, it's bound to be rolled out across the country before long.

The only question left is-- what to watch?

The most expensive whiskey in the world – here’s the list